Should You Buy Home Depot After Earnings? 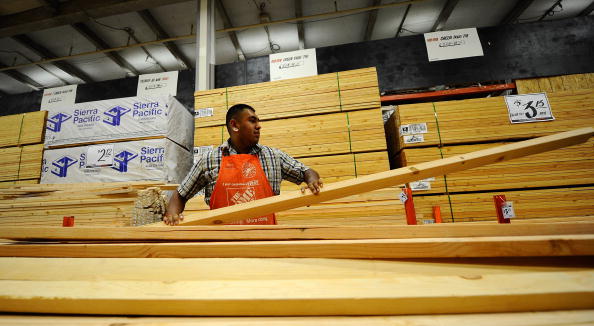 On Tuesday morning, the nation’s largest home improvement retailer – Home Depot (NYSE:HD) — reported first-quarter earnings that were roughly in-line with analyst expectations. The company had sales of $19.7 billion, which was 2.9 percent higher than sales in the same quarter of 2013. This figure was light relative to analyst estimates, which were for $20 billion in sales. Furthermore, this number was light when compared with the company’s own estimate for sales for the full year, which are supposed to grow at 4.8 percent. The company maintained this forecast.

If we turn to earnings, we see a rosier picture. The company grew its profits from $1.23 billion, or $0.83/share to $1.38 billion, or $1.00/share. This is a 20.5 percent increase in earnings per share, or a 12.2 percent increase in net earnings. Note that the 2014 figures include a $0.04/share gain, or about $57 million gain from the company’s sale of its stake in HD Supply. If we exclude this one time gain, the EPS number grew 15.7 percent and the net earnings number grew 7.3 percent. The difference is the result of Home Depot’s rather aggressive, yet effective stock repurchase program.

While the numbers were roughly in-line with analyst estimates, I think this was a really strong quarter for the company. The market thinks so as well. While the stock initially sold off by 1.5 percent in pre-market trade, shares rose nearly 2 percent on what was otherwise a down day for stocks.

Sales came in light, and profits barely beat analyst expectations, but if we look at the numbers more broadly we see that the company is growing in what has been an extremely tough environment for retailers. Companies such as Wal-Mart (NYSE:WMT) posted disappointing numbers and a decline in profits despite its market leading position. We also saw a couple of other retailers report on Tuesday morning – Dick’s Sporting Goods (NYSE:DKS) and Staples (NASDAQ:SPLS) — and these companies missed expectations dramatically. Shares in these two companies fell 18 percent and 12.5 percent, respectively, in early trade on Tuesday morning.

So from the standpoint that Home Depot is bucking the trend, one could argue that the company’s shares are worth buying after what I consider to be a strong earnings report.

However, there are a couple of caveats. First, the company still trades at a relatively rich valuation at 19.8 times trailing earnings, and at 17.5 times the average analyst estimate for 2014. Note also that the latter figure shows that analysts have fairly high hopes for the company’s growth this year. Given the weak retail environment, which is my second point, 2014 analyst estimates might be optimistic, or they might only be achieved through aggressive stock repurchases. As we saw from the numbers above, about half of Home Depot’s earnings per share growth from last quarter can be attributed to stock repurchases.

While it is great that long-term investors own more of the company, a company can only boost its EPS and its EPS growth so much through stock repurchases, and one might question whether the company is wise in purchasing its own stock so aggressively as it traded within 10 percent of an all time high.

Second, the retail environment has been weak and getting weaker. So rather than making an exception for an outperformer in this weak space, I think it is wiser to simply avoid the entire sector for the time being until it reaches a more attractive valuation. However, more sophisticated traders should certainly consider putting on a pair trade whereby one is long Home Depot and short either the entire sector via an ETF — like the SPDR Retail ETF (XRT) — or an individual name.

With arguments on both sides, the best strategy is probably to stay on the sidelines for now, especially given that the stock is trading higher on earnings. Home Depot share have been weak this year — down nearly 6 percent — with the rest of the retail space, and there is a good possibility that there is more pain to come in this name and in the sector more broadly before we hit the bottom.

Disclosure: Ben Kramer-Miller has no position in Home Depot or in any of the stocks or funds mentioned in this article.