Should You Buy Staples After Earnings? 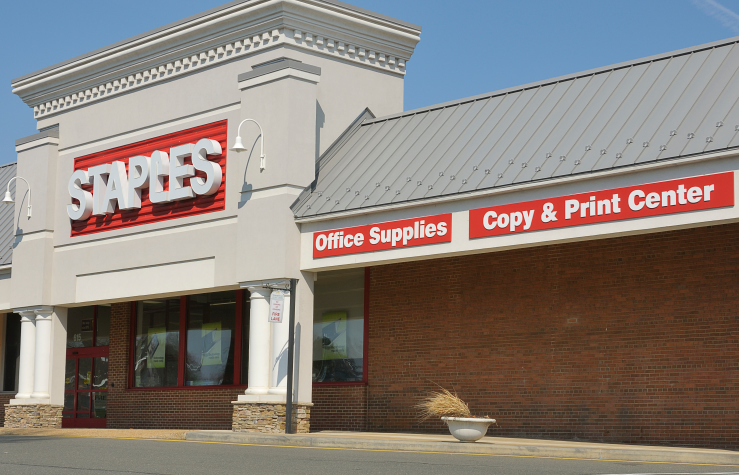 The office supply retail industry has been suffering as of late. Stocks such as Office Depot (NYSE:ODP) and Staples (NASDAQ:SPLS) have been in bear markets for years even as the broad stock market averages in the U.S. sit at or near all time highs. In fact, Staples — the company I look at below — saw its stock price peak in late 2006, and it is down nearly 60 percent from that point.

After Staples reported earnings last week, the stock tanked. Nevertheless, the stock held the $11/share level. This has been a critical support level going back to 2012, and despite the fact that the company reported a 2.8 percent decline in revenues and a 42 percent decline in profits, one has to assume that there is at least some buyer or group of buyers who are interested in owning the stock at this level. Furthermore, there are other signs that while the industry may be suffering, it’s not dead. For instance, shares of competitor Office Depot seem to have made a bottom in 2009, and it is seeing accumulation in the $4 – $5 range. Furthermore, Goldman Sachs (NYSE:GS) recently upgraded the firm.

Before we explore the possibility that Staples might be a compelling contrarian bet, we first need to understand why the industry group has been so lousy.

Second, businesses are cutting back on virtually everything as they find ways to operate more efficiently. This has been great for businesses that have seen record profit margins, but it has been awful for the companies that sell things to businesses, and office supply companies have been among the losers.

With that being said, these companies are far from dead. While Staples doesn’t engender the kind of brand loyalty that Marlboro, Nike (NYSE:NKE), or Coca-Cola (NYSE:KO) have, people recognize Staples for what it is, and they know that if they need certain things that they can buy them at Staples. I should also note that while Staples is seeing its revenues and margins decline, it is still a profitable company, and if we exclude one-time expenses, the company has been profitable throughout the bear market.

Finally, Staples has razor thin margins, and while this has hit the company more recently in a more optimistic scenario, this can slingshot the company’s profits significantly higher, and this could generate a short-squeeze.

Staples shares aren’t for the faint of heart. The company doesn’t have an extremely bright future ahead of it. But one can easily imagine a scenario in which the shares can trade substantially higher. Profits can easily rise 20 percent – 30 percent on just margin expansion, and a rise in profits can lead to multiple expansion. If, for instance, we see a 20 percent rise in profits, we can easily see the company’s current 11 P/E ratio jump to 15. This would put the stock at $18/share, up from $11.34/share today.

So the upside potential certainly exists, but at the same time Staples isn’t a great business. This means that it is not a good investment, but there could be a trading opportunity for contrarian investors.

Disclosure: Ben Kramer-Miller has no position in Staples or in any of the stocks mentioned in this article.