Should You Join Costco? Here’s What You Get With a Costco Membership

Costco is one of the most-loved retailers in America, and for good reason. Millions of people flock to the store’s massive warehouses to load up on all their Kirkland Signature favorites. But if you’ve never ventured inside a Costco, you might be wondering what all the fuss is it about. Is it really worth paying good money for the privilege of shopping at a certain store?

A Gold Star Costco membership costs $60 a year. An executive membership is $120 and entitles the cardholder to extra perks, like 2% back on Costco purchases (including Costco travel purchases).

Costco actually makes most of its profit from the 93 million memberships it sells every year. Those fees also mean that the company can continue to offer the low prices that keep members coming back year after year. Ninety percent of people who join Costco renew their memberships.

What you get with your membership

Without a membership, you can’t even set foot in a Costco (though there are a few ways to get around that rule). Obviously, the biggest perk of your $60-a-year membership is hassle-free shopping for bulk goods. But that’s not all you get. Here are some of the other perks that come with joining the Costco club:

Generous return policy: Costco has one of the most lenient return policies in the retail industry. If you’re not happy with your purchase, just bring it back for a refund, no questions asked. One woman even returned her Christmas tree – on January 4! The return was accepted, though we recommend not abusing the policy.

Cheap gas: You’ll probably have to wait in a long line at the pump, but Costco beats out rivals Sam’s Club and BJ’s when it comes to gas prices. In fact, it has the cheapest gas in the country, according to a 2017 survey by Oil Price Information Service.

Travel discounts: It’s not always the cheapest way to book a vacation, but it’s possible to score good deals through Costco Travel. Packages that offer extras like Costco cash cards or food and beverage credits can be a bargain. Rates for rental cars are often – but not always – the lowest you’ll find. Executive members get extra deals, plus 2% cash back.

Saving on new cars: Costco might just be the best car dealer you’ve didn’t know about. While the warehouse club won’t sell you a car directly, it does facilitate no-haggle deals for its members. Costco sold more than 500,000 cars through the program in 2017.

Discounted movie tickets: MoviePass may not be around that much longer, but even if it goes belly up, you’ll still be able to save on theater tickets at Costco. You can buy multi-packs of tickets or gift cards for chains like Cinemark, Regal, and AMC for less than what you’d pay at cinema. 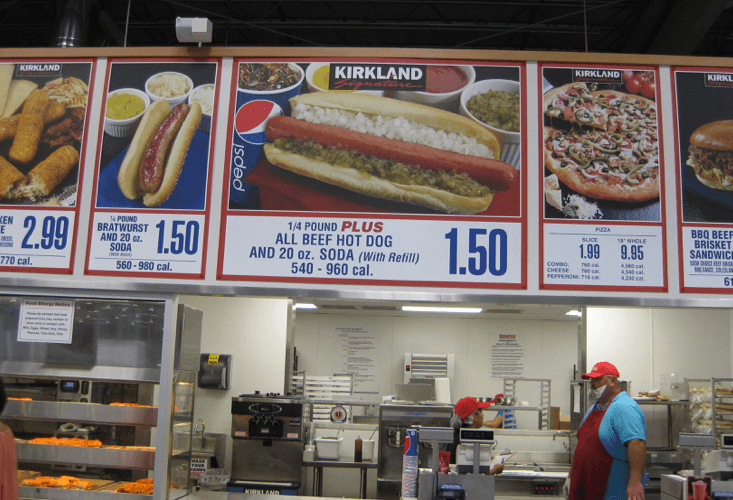 Those perks are just the tip of the iceberg. You can also refill your empty printer ink cartridges for cheap, fill prescriptions, get personal checks printed, or get your eyes and ears checked. And don’t forget the $4.99 rotisserie chickens, $1.50 hot dogs at the food court, or the generous free samples they hand out in store. You can even get your wedding flowers at Costco – it’s one of the cheapest ways to get your bouquets and centerpieces, according to The Kitchn.

So, is a Costco membership worth it? If you don’t want to stock up on bulk buys and aren’t going to take advantage of the extra membership perks, maybe not. But if you’re aware of all the perks you can get and make use of them, it’s definitely a good value.