Should You Take an Unpaid Internship? 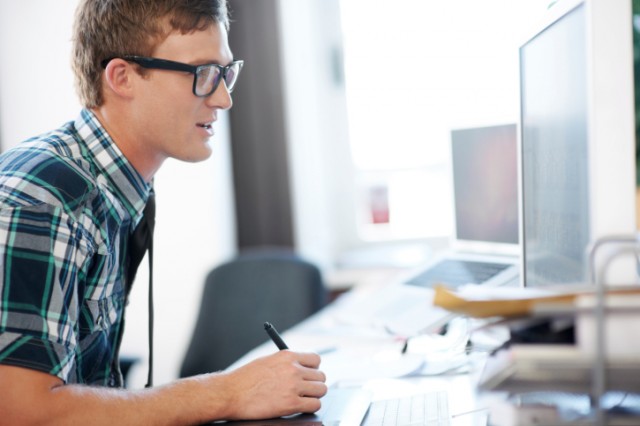 Many people believe that getting an internship can help them land a job. Whether your internship directly leads to a job at the company you intern for, or it gives you the necessary skills to have an advantage over other graduates who are applying for the same jobs you are, internships can certainly help you land a job. Internships give you real experience that you can’t gain in the classroom, and you often can’t gain just by taking on a part-time job. They can also help you determine if you are pursuing the right career path.

Some people feel that unpaid internships make little sense. There is the main argument that unpaid internships are just a way for companies to get free labor. According to Mic, there are many other reasons why an unpaid internship is wrong. Many students can’t afford to take an internship if it doesn’t pay anything, which can contribute to social inequality. Unpaid employees also have no protection against discrimination. Surprisingly, paying interns can also help the company: offering paid internships can encourage a more diverse and talented group of applicants.

The question of why students who take unpaid internships are receiving less job offers (and less money) than those who participate in paid internships is debatable. Some employers may feel that if a student was willing to take an unpaid internship, they also might be willing to accept less money to take a job. It’s also possible that the particular job field might affect the numbers; if a student takes an unpaid internship at a nonprofit and goes into the nonprofit sector, they might make less money than someone in a higher-paying field. It’s even possible that some in-demand companies or industries can get away with not paying its interns because the applicant pool is so competitive.

Still, although the numbers suggest that there is little benefit to taking an unpaid internship, the decision doesn’t stop there. There are certainly advantages to unpaid internships. Obviously, obtaining an internship gives you something to put on your resume, regardless of whether or not you are paid. According to Allison Green for US News & World Report, if unpaid internships were illegal, some companies would hire employees with more experience rather than paying interns, and then recent graduates would be left jobless. Many companies will see no benefit in training and paying an intern if they can pay someone who has more experience. Therefore, unpaid internships at least give students a chance to have an internship that they might otherwise not get if they had to be paid.

Another advantage to an unpaid internship is one that is the same for paid interns: you get experience. You also gain references to use in the future. Whether those references lead to a job at the company you intern for or help you land a job somewhere else, they are an important part of the job process and can give you an advantage over recent graduates who haven’t networked.

There are advantages and disadvantages to unpaid internships. Your best bet is to try to obtain a paid internship. However, if that isn’t possible, don’t count out an unpaid internship. Especially if you are going into a field in which you feel that it is absolutely necessary to have an internship, but you can’t get a paid one, you might still want to experience an unpaid internship over none at all. If you truly enjoy what you are doing, you also might find that the time you spend is valuable in an emotional or intellectual way as well. Even if you hate your internship, that alone might save you money in the long run if it encourages you to change your major now, rather than going back to school later or spending years in an a career that you hate.