Should You Trust a Computer to Invest Your Money? 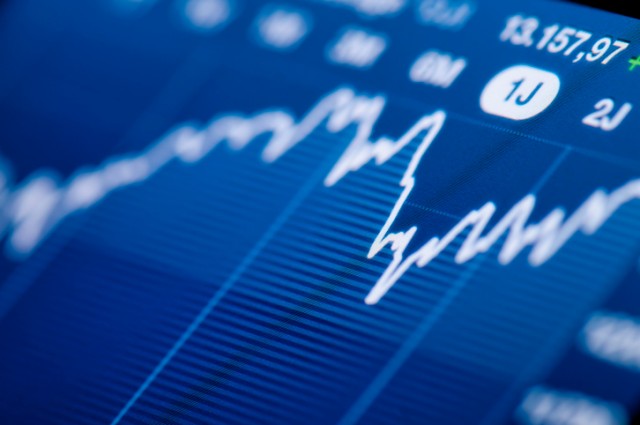 The rise of automation is visible in almost every facet of life. Oxford predicts that 47% of American jobs are at risk for being replaced by robotics in some form, and one research firm predicts at least one-third of jobs will be converted to smart machines by 2025. In some cases, there is the argument that professions that require higher-level thinking and a personalized touch are safe from automation, as robots can’t replicate those sorts of emotional processes — yet. But certain professions, including investors on Wall Street, might be at a higher risk for job replacement than they once thought. A wave of new computer analytics is already here, and offering to invest people’s money for less than a typical manager.

This new group of offerings, often referred to as “robo advisers,” now span the ranks of technological and fund startups to offshoots of established investment firms, hoping to keep up with emerging trends. One of the big advantages is that people can often invest less money than if they were to walk into a typical investment firm, and often pay lower fees for growing their funds throughout the process. Not everyone is convinced the automated systems are the right investment strategy (or at least, the right vehicle for implementing an investment strategy). While skepticism is natural for any new trend, especially ones that deal with money and savings, these new firms and branches of old ones are now managing accounts that add up to billions of dollars. If they’re not the answer to investing for the future, traditional firms had better speak up loud — and quickly — because otherwise additional billions could follow.

In several ways, the business of automation in the financial sector works like it does in every other area. By using algorithms and big data to assess a person’s goals and preferences, coupled with an automatic analysis of current investment opportunities, the computers can perform the same functions as an investment manager. Without the human effort, however, costs can come down, and the same effort can be made for someone with $5,000 to invest as someone with $5 million. Aside from some fee structures, people with varying amounts of money get the same type of service.

Two companies, Betterment and Wealthfront, were at the forefront of the robo advising age. The startups have raised millions of dollars so far, as have their newfound crop of competitors including Motif Investing, FutureAdvisor, and Personal Capital, TechCrunch reports. One of the biggest selling points for all of these companies is that their fees are substantially lower than those of traditional investment advisers. Typical firms normally have fees that charge 1% of assets per year. Wealthfront, by contrast, charges no fees for the first $10,000 invested and just 0.25% for any amounts higher than that. All investors will also pay an Exchange Traded Fund (ETF) fee averaging 0.15%. Though ETF fees vary depending on the firm, a comparison by the Wall Street Journal shows those fees are similar to what is charged at other robo advising firms. Bloomberg reported that the average ETF fee for investing firms in 2014 was 0.5%, so these fall below that of traditional firms, too.

With the rapid growth of these firms, it’s clear that investors are looking for some alternatives to the investing of yesterday. Wealthfront thanked its investors at the end of 2015, stating how it had grown to manage $1.5 billion in client assets in just 2.5 years. Schwab, an investing giant managing an estimated $2.4 trillion in assets today, took six years to reach that same mark, Wealthfront boasted.

It’s probably best that Wealthfront got its jabs in when it could. Schwab and other traditional investment firms are firing back with their own computer-driven investment portfolios, seeking to attract new customers or switch existing clients on to the new model. Vanguard’s Personal Advisor Services utilizes much of the same principles as robo advising, but with a real-life adviser to help along the way, customizing the process. The annual fee is much less than traditional firms normally charge at 0.3%. The catch is this: you need at least $100,000 to invest before Vanguard will make the time to invest your money through the program. In that sense, it’s still not leveling the investment playing field in the same way some of the startups are aiming to do.

A new investing option for Schwab’s clients might do just that, however. There is still a minimum investment in the Schwab Intelligent Portfolios, but it’s a much more reasonable amount of $5,000. Schwab’s platform also has no fees, regardless of the amount invested, except for EFT fees ranging from 0.04% – 0.19% for market cap-weighted EFTs, and 0.32% – 0.48% for fundamentally weighted EFTs. In other words, without the annual fees and low stock fees, it’s way less expensive than traditional plans.

Pros and cons to robo advisers

The plan is attracting some criticism from financial planners who say that the company is suggesting investors place more money in cash holdings than is typical. The company will essentially be able to make money on the difference between cash interest paid to customers and the amount that could have been earned elsewhere, they contend in a New York Times article. “It doesn’t seem a stretch to guess that Schwab’s been driven to the riskier bonds by their insistence on using the large cash position as a way of getting paid, while looking cheaper than their robo competitors. In other words, just like many other fund managers, they need to try to ‘juice the returns’ by dipping into riskier assets in order to solve the fee equation,” Milo Benningfield, a financial planner and lawyer, told the Times. To make it simple: some of the methods used by robo advisers end up being riskier options than before, even if you tell the firm you’d like to be on the safer side of investments.

It remains to be seen whether a large majority of future investors will choose to go with lower fees, and computer-generated investment options over the traditional investments managed by advisers working for large companies. In some ways, the new wave of companies allows for people with less money to spend an equal option to begin growing their wealth. But as is the argument for all substitution of human intellect and “gut” feelings, there’s little room for intuition. In money, perhaps that doesn’t matter. But it’s a safe bet that if the transition continues, and competition becomes steeper, consumers will have to choose whether they want a computer driving most of the financial decisions, or the adviser sitting across the desk.