Should You Work for an Employer That Wants to Pay Your Student Loans? 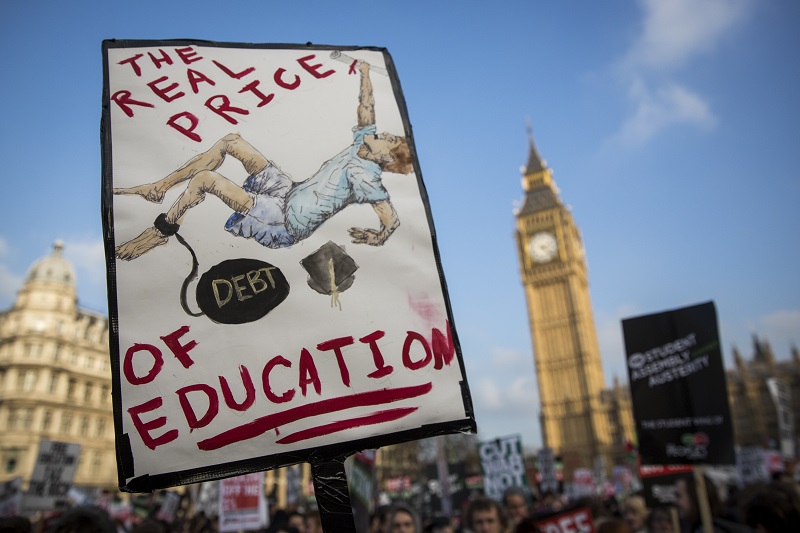 If you’re relatively fresh from the college ranks, chances are you have some significant debt to your name. Finding a way to pay for college has led to widespread and elevated levels of student debt, meaning that entire generations are entering the workforce deep in the red. What’s worse still is that many aren’t able to find stable, solid career paths after graduation, and are instead being funneled into dead end jobs – which pay the bills in the short term, but offer little in opportunity for long-term growth and prosperity.

There’s no clear solution to this problem, either. The average college graduate has $35,000 in student debt – and some hit the job market six-figures in the red. That’s an almost impossible burden to tackle. While there are things you can do to start your ascent back to personal solvency, there are societal and policy changes that are going to need to take place. The private sector has a vested interest in this too, and we’re starting to see some ideas emerge.

One such idea has actually been written up as a proposed law, which is making its way around Capitol Hill. Two bills – one in the House of Representatives and one in the Senate – are aimed at finding ways to lessen the burden of student loan debt on young workers. The bills are bipartisan, and would essentially offer incentives to employers in the form of tax breaks for making contributions toward employees’ student loan debts.

There are companies that already do this, and it can be an attractive perk for young workers facing what might look like insurmountable amounts of debt. The proposed laws would authorize $5,250 annually in employer contributions toward employees’ student debt as nontaxable income, according to Bloomberg, which points to PriceWaterhouseCoopers as one firm that is already offering such assistance to employees.

Again – if you’re fresh to the job market, this sounds like a pretty good deal. And for all intents and purposes, it looks like the masterminds behind the bills had their hearts in the right place.

“The burdens of student debt have a ripple effect on our entire economy. It prevents young people from taking a risk, launching a new business, or committing to a period of pro bono or public service,” said Sen. Mark Warner of Virginia, the point-man behind the Dynamic Student Loan Repayment Act. “It causes struggling graduates to delay choices such as buying a home and starting a family. We have to do more to rein in the exploding cost of a college degree. In the meantime, these are commonsense, bipartisan steps we can take to provide some real relief now to students struggling today with massive amounts of student debt.”

So, it looks like Warner and his colleagues are starting to take the student loan crisis seriously. But his proposals have a few fundamental flaws. Again, their heads are in the right place, but that doesn’t mean that passing these bills are a good idea, as laid out in a recent Slate article.

The reason for that is because companies that offer these type of contribution plans (like PriceWaterhouseCoopers) are already paying employees well, and offering generous incentive packages. These are the workers that don’t need help with repayment. The people who do need help, which these bills don’t provide any assistance to, are those getting stuck in dead end jobs, or who were swindled by for-profit colleges and made to pay for degrees that are, by and large, worthless.

Slate also argues that the entire federal loan program could be effectively undermined by these programs. It’s complicated, but shows how even well-intentioned legislation can lead to negative outcomes. Much like how tax restructuring led to explosive pay for CEOs, increasing inequality levels. So, on a national scale, perhaps this isn’t the solution to the student debt crisis we’re looking for.

But on an individual level, the real question is this: Should you work for one of these companies offering employer contributions as a perk? Clearly, if it’s something on the table, you should. It can be particularly attractive for fresh recruits from universities. The problem lies in codifying these plans.

Once again, we’re back to facing the fact that there’s simply no easy way out of student loan crisis.