The Cost of Smoking Is Higher Than We Think 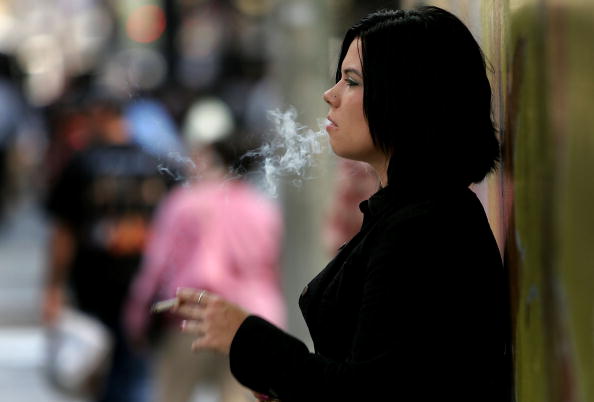 Anyone who has seen the 2010 movie The King’s Speech may remember how the doctor advises the nervous King to smoke cigarettes to relax his throat. Today, the idea that any physician would ever suggest smoking to a patient sounds nothing short of insane, but not too long ago, the health implications of smoking were not so widely known. The American Lung Association reports that in the mid-1960s, more than half of adult males (54 percent) were smokers. Today, that number has reduced to around one out of five (20.5 percent of men and 15.8 percent of women.) Smokers, of course, take a huge health risk. As the leading cost of preventable death, smoking causes more deaths than alcohol use, illegal drugs, car accidents, shootings, and HIV infection combined. It can bring about limitless medical costs and the addiction itself for the average smoker — the cost for the actual packs of cigarettes — is also a large one at around $168 per month (for a one pack per day smoker paying $5.51 per pack.) In a state where packs of smokes are more expensive, like New York, a pack-per-day smoker is looking at a cost of $435 per month. Read more: 16 Jobs Being Created By the Marijuana Industry A cost many smokers don’t think about, however, is the increase to their life insurance premiums, which is a focus of a new Insurance Quotes study. The study examined typical term life insurance policy rates and determined the impact factors like age, gender, and smoking have on the cost of a policy. The verdict? Smokers pay 235 percent more than non-smokers for the same life type of life insurance policy.

The study also found certain groups of smokers will see even higher life insurance premium rates. Males tend to pay more than females, and smokers over the age of 65 pay more than the younger age demographics. One of the vast differences in rates is between that of a male smoker over 65, who pays $16,391 per year in premiums ($1,365 per month), and a male non-smoker over 65, who pays $5,416 annually ($451 per month) — a difference of around 300 percent. Read more: Top 10 Retirement Destinations in the U.S. Here are a few other findings from the study (which you can view here):

What about those who “only smoke one cigarette per week” or “only dip at ball games?” According to the study, most life insurance companies consider any type of tobacco user to fall under the smoker category. This applies even for e-cigarettes, chewing tobacco, cigars, or nicotine patches. This generally includes infrequent use, but some insurance companies may let us slide on the occasional celebratory cigar. Read more: Is Your Job Becoming Obsolete? 10 Most Endangered Careers of 2014 Why are the costs so high? Insurance companies determine a person’s rate by assessing their risk for filing claims and a smoker comes with some serious risk. The best way to save money is, of course, to quit. “Most insurers consider you a nonsmoker if you haven’t touched nicotine in two years, and will reissue your policy as a nonsmoker at that time,” says Marvin Feldman, president and CEO of Life Happens, in the Insurance Quotes study. Also, shop around for the best rates and start shopping while you’re young. “You can save a lot of money by getting life insurance while you’re young,” said Laura Adams, senior analyst, InsuranceQuotes.com. “By locking in a level-term policy in your twenties or early thirties, you will benefit from much lower rates while protecting your loved ones for decades to come,” she adds in the press release.