Walt Disney Co. (NYSE:DIS) has a number of competitors vying for its monopoly over the theme park industry, and Comcast Corp. (NASDAQ:CMCSA) just became a new one. Until recently, many investors and analysts had little to no idea how interested the Philadelphia-based cable-TV company really was in expanding its core business of telecommunications to boost revenue and profits, but according to a Philadelphia Inquirer story published Sunday, highlighted by Chron on Monday, Comcast is now planning to invest hundreds of millions of dollars in California and Florida theme parks, representing a new challenger for Disney’s hold on tourism trade.

The first time we saw evidence that Comcast was gearing up to challenge Disney in the theme park industry was in January, when CEO Brian Robert highlighted in an investor conference that an investment in theme parks would be one that “[pays] off for many years to come.” He said to investors, per Chron, “We think there is a lot there in the theme park business for many years to come, and that we have the low market share and only one way to go.” However, many did not know how serious the CEO was until he shared his California and Florida plans.

According to Chron, this summer, Comcast is planning a new Harry Potter ride at a second theme park that will share the same 750-acre Universal complex it took over in 2011 as part of its NBCUniversal acquisition. In addition, Comcast is now reported to be financing the construction of an 1,800-room Cabana Bay Beach Resort with Loews Corp. (NYSE:L) There, guests will be allowed to eat, sleep, and swim on the same aforementioned Universal complex. The first 600 rooms in the hotel are scheduled to open this month. 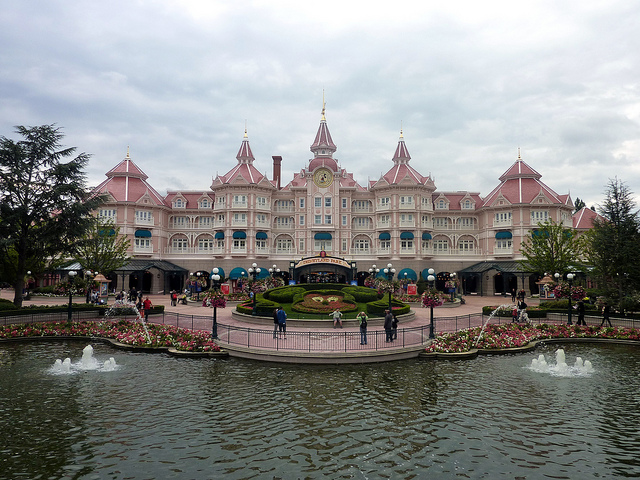 It’ll be interesting to see how Comcast will fare in the new space it is now targeting. Although the company’s theme parks and resorts unit, part of NBCUniversal, reported $2.2 billion in revenue and $1 billion in operating cash flow in 2013, Comcast still has to take on the tourism might of Disney — that in itself will prove to be a battle. According to Chron, Universal executives said that they’re not outright gunning for Disney’s business, only merely looking for their fair share. But when one company owns more than 20,000 hotel rooms and four theme parks in just one city, it’s pretty clear who the competition is.

Even if the Comcast doesn’t effectively upset any of Disney’s business, its investment in Florida and California will still prove to be important for its operations and its employees. Chron reports that the second Potter attraction coupled with the Cabana Bay construction will add 3,500 jobs this year, bringing Comcast and Universal’s overall Orlando-area employment to about 170,000. Comcast’s revenue is also expected to enjoy an upswing, considering additional room reservations, visitors, and themed merchandise are only predicted to help its current business’s profitability.