Spice Up Your Portfolio: Why McCormick & Co. Is a Buy 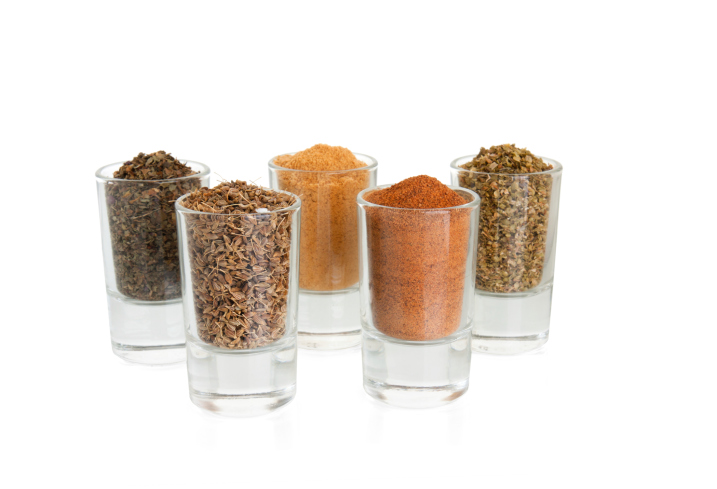 McCormick & Co. (NYSE:MCK) is certainly a well-known brand. Chances are that you have some of its products, including the company’s seasonings and spices, right in your kitchen. McCormick not only manufactures, markets, and distributes spices and seasoning mixes, but it also makes condiments and other flavorful products for retail outlets, food manufacturers, and foodservice businesses. It operates in two segments, Consumer and Industrial.

The stock is just under its 52-week high, trading around $71.50. After seeing its recent earnings, can this stock, which yields 2 percent and trades at a slight premium to the market, spice up your portfolio with some growth? A review of the company’s recent quarter is warranted.

In its most recent quarter, the company delivered. McCormick’s second-quarter sales rose 3 percent compared to the year-ago period. The rate of growth in international markets was particularly strong this period, including incremental sales of Wuhan Asia Pacific Condiments, which was acquired in May 2013. This added 3 percentage points to international sales growth. One slightly off-putting measure was sales in the Americas. The company reported lower sales in the Americas, largely as a result of competitive pressure for its consumer business.

This competitive pressure began in 2013, as noted in several of McCormick’s recent quarters, and the company has actions underway to build brand equity and more effective category leadership with retail customers. Cost savings and the impact of higher-margin industrial products improved gross profit margin, which rose to 39.9 percent from 39.3 percent in the year-ago period. The company increased operating income 5 percent to $122 million in the second quarter of 2014, the result of higher sales and improved gross profit margin.

Earnings per share rose 8 percent to 64 cents in the second quarter of 2014 from 59 cents in the year-ago period, due to the increase in operating income, as well as lower shares outstanding and a lower tax rate. For the first six months of 2014, net cash provided by operating activities rose $49 million from the year-ago period, due in part to lower retirement plan contributions.

Turning to segment-specific performance, the consumer business sales rose 4 percent when compared to the prior-year quarter. The Wuhan Asia Pacific Condiments acquisition contributed 6 percentage points of sales growth. Operating income was $86 million for the consumer business, 2 percent lower than the second quarter of 2013. During the second quarter of 2014, the unfavorable impact of business mix and a $3 million increase in brand marketing support was offset in part by the favorable impact of higher sales and other cost savings.

The company also had a favorable comparison in the year-ago period to $4 million of transaction costs related to the acquisition of WAPC that were recorded in the second quarter of 2013. The industrial business sales rose 2 percent when compared to the prior-year quarter. Contributing to this growth were pricing actions, as well as higher volume and product mix that was driven by both product innovation and distribution gains. Further, industrial business operating income rose 26 percent from the year-ago period to $36 million. Operating income margin reached 8.6 percent.

Looking ahead, I was pleased to see that McCormick reaffirmed its financial outlook for 2014. The company anticipates 3 percent to 5 percent sales growth, which includes the incremental impact of the Wuhan Asia Pacific Condiments acquisition in the first half of the year. The company also reaffirmed its plans to invest at least $25 million in increased brand marketing support during the fiscal year to drive sales of new products, as well as core items.

These investments in brand building and innovation are funded in part by McCormick’s CCI program, which is expected to deliver at least $45 million of cost savings in 2014.The company reaffirmed projected 2014 earnings per share of $3.22 to $3.29. In this projection, higher sales, a favorable mix of business, and CCI cost savings are expected to more than offset a significantly higher tax rate and an estimated 1 cent per share of special charges. The company has greater confidence in the upper end of its earnings per share range, as it has lowered its expected tax rate for the fiscal year to approximately 29.5 percent from a range of 30 percent to 31 percent, based on the expected business mix.

This last point is the primary driver for my buy recommendation: expectations of coming in at the high end of earnings. While the company is facing competition in its consumer business, it is taking the necessary steps to overcome the challenges and continue to be in the top spot. Its margin expansion is impressive, as is its continued ability to drive sales growth. The fact that the company thinks it will come in toward the higher end of its earnings guidance suggests to me that this stock can indeed spice up your portfolio.

Disclosure: Christopher F. Davis holds no position in McCormick & Co. and has no plans to initiate a position in the next 72 hours. He has a buy rating on the stock and a $79 price target.