Stack Your Portfolio: Why Monsanto Could Be an Incredible Buy 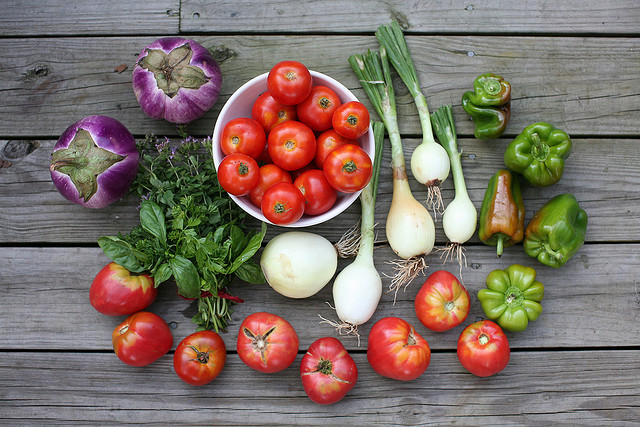 Monsanto (NYSE:MON) is a massive company that is known to each and every person, at least indirectly. Its products are in our food, in our lawns, and in our homes. For those unfamiliar, Monsanto provides agricultural products, predominately for farmers, worldwide. It operates in two segments: Seeds and Genomics, and Agricultural Productivity.

The segment licenses a range of germplasm and trait technologies to seed companies. The Agricultural Productivity segment manufactures and sells herbicides for agricultural, industrial, ornamental, turf, and residential lawn and garden applications for weed control, as well as for control of pre-emergent annual grass and small seeded broadleaf weeds in corn and other crops under the Roundup and Harness brands.

I generally don’t cover the company, but the stock caught my eye today after rising 5 percent in the trading session. As it turns out, the company delivered a good quarter and had impressive guidance. After reviewing, the stock is a solid buy for anyone’s portfolio.

Just how good was the quarter? Well, the company achieved solid third-quarter and year-to-date results that continue to reflect strong performance across its segments and brands. Net sales for the quarter were $4.3 billion, increasing the last nine months’ sales total to $13 billion. To generate these sales increases, operating expenses were up $58 million compared to last year’s quarter, due in part to additional costs as the company invests in its precision agriculture and biologicals platforms.

In the three-month comparison, selling, general, and administrative expenses remained flat as a percentage of sales. Quarterly research and development expenses rose and were up $35 million over the prior year period. So what did it all come down to doing for earnings for the shareholders? The company’s third-quarter earnings per share was $1.62 compared to $1.68 in the same quarter last year.

Some of this decline was weather related, and so the company missed on earnings but beat on revenues. However, for the first nine months of fiscal year 2014, earnings were $5.43 versus $5.05 last year.

Why I think this company is a buy is the incredible guidance it gave. Monsanto raised its full-year guidance to the upper end of its previous guidance ranges, with ongoing earnings per share guidance of $5.10 to $5.20, positioning the company for strong growth for the full year. Full-year earnings guidance is expected in the range of $5.12 to $5.22 per share on an as reported basis.

What is even more impressive is that this updated guidance continues to incorporate the effects related to agricultural industry headwinds, including an estimated 15 cent to 20 cent full-year negative effect, largely related to currency fluctuations. What’s more, the company also increased its full-year free cash flow outlook to the upper end of previous guidance, at $700 million to $800 million.

All things considered, we have a major growth company that continues to deliver results. It pays a 1.4 percent yield and is still cheap relative to its growth trajectory. Thus, I rate shares a buy and assign a $145 price target.

Disclosure: Christopher F. Davis holds no position in Monsanto and has no plans to initiate a position in the next 72 hours. He has a buy rating on the stock and an $145 price target.