How Much Would It Cost to Build and Run the Death Star From ‘Star Wars’? 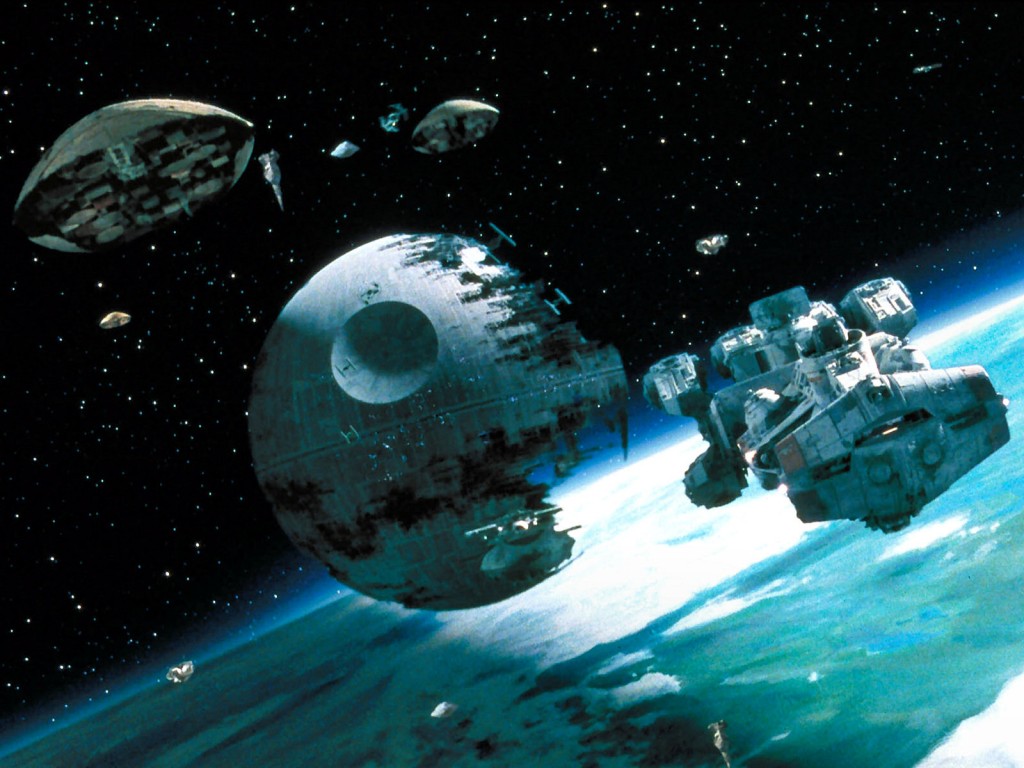 The Death Star from the Star Wars films | Lucasfilm/Disney

Star Wars is back, and with the backing of Disney it’s here for good. Well, you can probably count on getting new movies, games, and TV shows exploring the Star Wars universe for the foreseeable future. And it’s a mammoth franchise — one that Disney purchased for $4 billion a few years ago. That $4 billion, though a big sum, pales in comparison to the price tag for some of the in-universe Star Wars technologies, such as the Death Star.

The greatest weapon in the Star Wars universe

If you’re even vaguely familiar with the Star Wars universe, you probably know what the Death Star is. It’s a moon-sized space station that contains enough firepower to destroy entire planets. Needless to say, it’s easy to see how such a thing can capture and captivate audiences, as it did when A New Hope was released back in the late 1970s. It’s a technological feat beyond imagination. And with enough power to wipe out an entire planet? You can bet a spectacle like that, on the big screen, is going to put butts in seats.

But if we were to pull the Death Star out of the realm of fiction and bring it into reality for a minute — just to humor ourselves — the sheer logistics of a planet-sized space station are mind-boggling. How would you even construct it? How much would it cost? And how many people would be needed to keep it running?

All questions worth answering — and we’ll do our best to answer them. But first, a primer.

Next: An intro to the Empire’s ultimate weapon

The Death Star: A primer 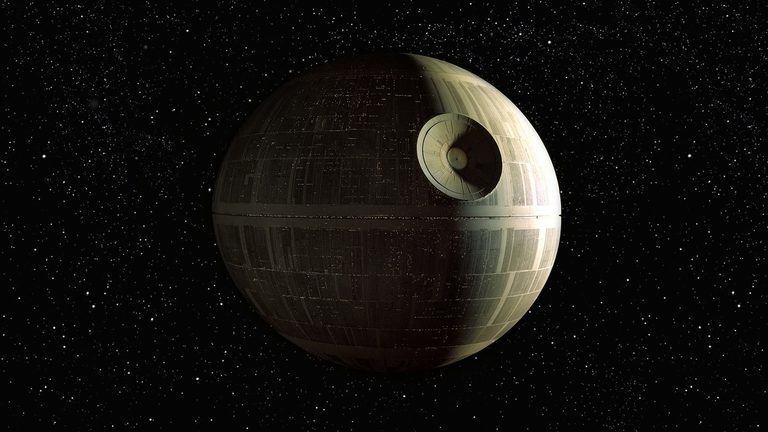 The powerful weapon is a base for the Empire. | Lucasfilm

First things first: What is the Death Star, exactly? As mentioned, it’s a space station. Well, it’s a giant weapon housed in a space station to be more exact. And it’s meant to be the most destructive and powerful weapon in the galaxy (the Star Wars galaxy, not ours). In terms of size, it’s estimated that it would be more than 160 kilometers in diameter (or roughly 100 miles), with the interior acting as a “base” for the Empire. It would be divided up into different zones, and on the station’s surface thousands of guns and weapons would be placed for defense. 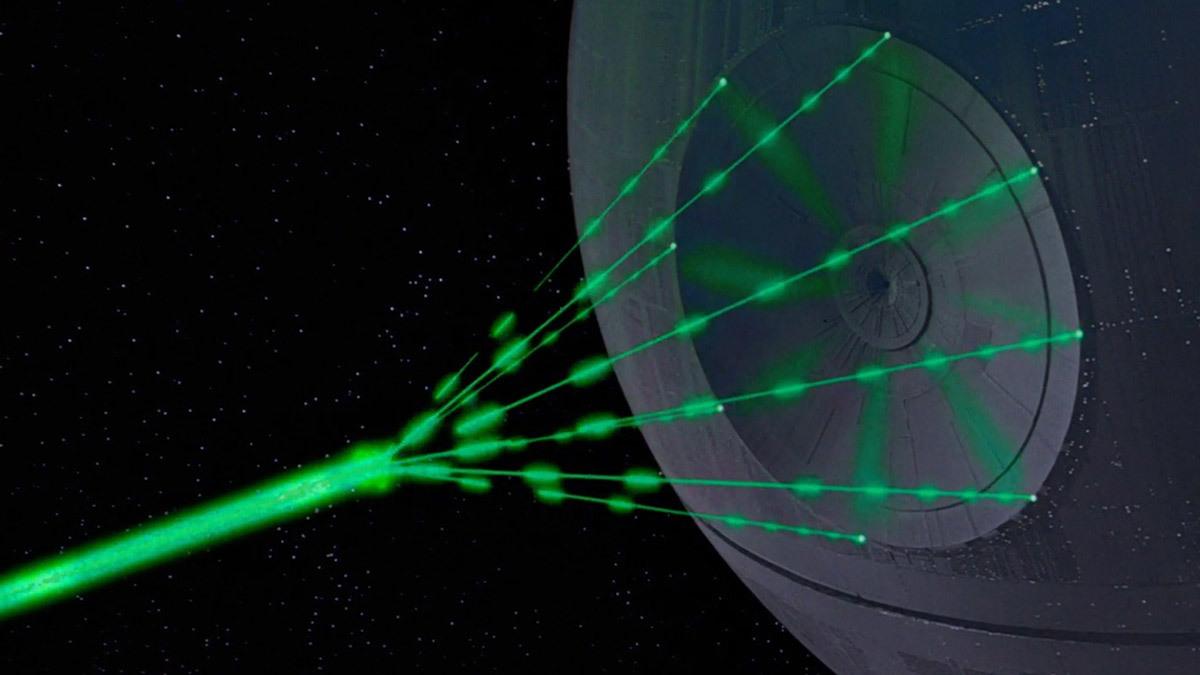 The weapon was wildly destructive. | Lucasfilm

Why would the Empire (the “bad guys” in the Star Wars universe) need such a weapon? For ultimate control, of course. While it was primarily constructed as a way to destroy the Rebel Alliance (the “good guys”), it would also act as a deterrent to any other scrappy bands of insurgents. There are other fan theories floating around, though, that say the weapon’s true purpose was as a defense against invaders from outside of the galaxy, specifically the Yuuzhan Vong.

Next: How much would it cost to build?

The costs of construction

The bare-bones ship would cost in the septillions. | Lucasfilm

How much would this thing actually cost to build? Here it is, the price tag of getting a superweapon off the ground: $15,602,022,489,829,821,422,840,226.94. That’s $15.6 septillion, in case you haven’t seen a number with so many commas. This is the estimate put together by a guy named Ryszard Gold, which was cited by and broken down by Gizmodo in 2009. There are other estimates out there, but this seems to be the most detailed as it includes the costs of building materials, such as steel, transport to the construction site, and even air for the station’s interior.

But these are just the construction costs. We have a lot more to account for.

Next: What about personnel? 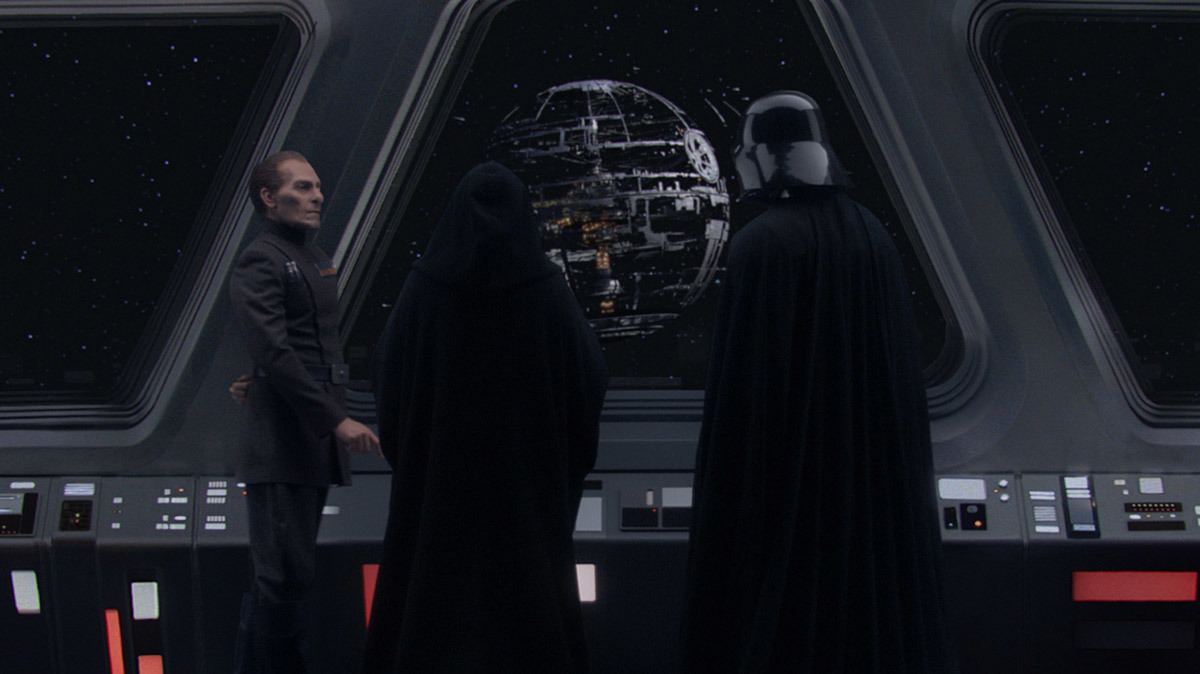 It’s the size of a large city. | Lucasfilm

Because the Death Star is fictitious, we don’t really have a way of knowing how many people would be needed on board. So, again, we have to rely on estimates. And you can get those in any number of ways, including by looking at the people needed on board a modern aircraft carrier and multiplying. One estimate says there could be as many as 1.5 million people on the station, including soldiers quartering there and the ship’s crew.

And you have to pay all of those people, of course.

Next: You can’t discount maintenance and upkeep costs. 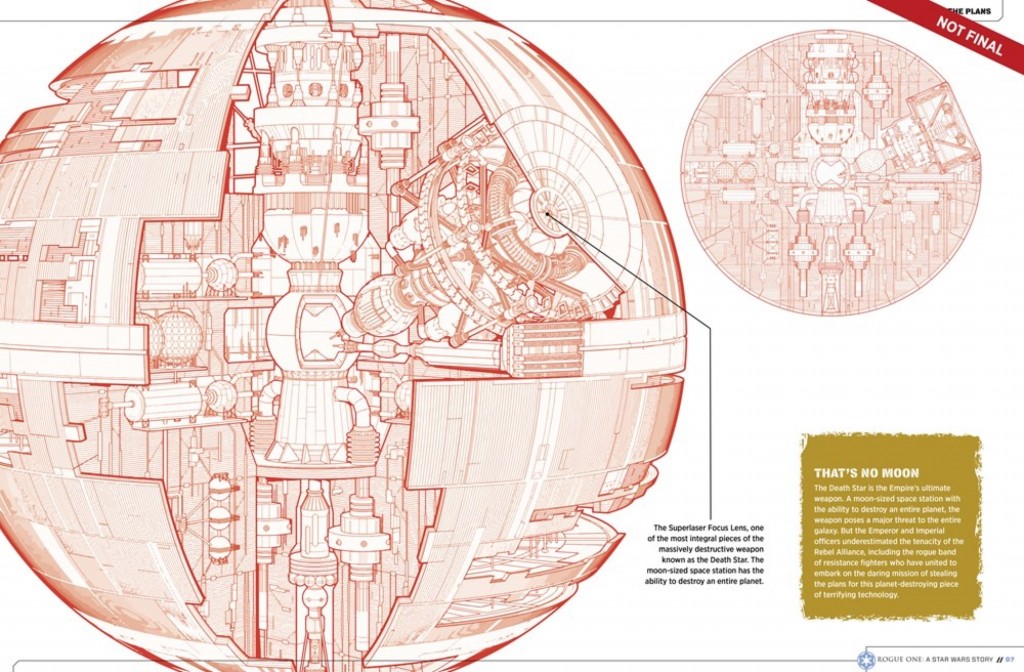 We also can’t forget about maintenance and upkeep costs. Any building or facility needs a maintenance crew — and depending on the needs of the specific facility — these costs can range wildly. But for a planet-sized facility? It’s almost impossible to say, but you can probably count on the fact that droids would be used in large numbers to do the dirty work, saving the Empire on salaries. We don’t have a proper figure, but we do know upkeep costs would be high.

Next: How the Death Star produces power and propulsion

It takes a lot to power such a massive ship. | Lucasfilm

As anyone who lives anywhere knows, you need to pay for utilities. In the Death Star, though, there’s no trash pickup or power grid to connect to. So how does the station get any power for propulsion and electrical needs? Through a fictitious “hypermatter reactor,” of course. Essentially, the fortress moon gets its juice from a number of internal fusion reactors and ion engines. This is what gives the station thrust to maneuver about space and the power necessary to fire its weapon systems.

Finally: We attempt to add it all up.

Adding it all up

All that money went up in flames. | Lucasfilm

If we were to try and assign a total cost to the Death Star? We have to start with the $15.6 septillion number just for construction costs. Then, you have to add on all of the droids and artificial intelligence used to maintain and keep the place working. On top of that, throw in salaries for around 1.5 million people — many of whom are soldiers, probably earning combat pay and other things. We don’t know what soldiers earn in the Star Wars universe, but it’s not going to be cheap.

Can we add this all up? Not really. So we’ll have to stick with that $15.6 septillion figure as a basic starting point for a Death Star floating fortress. And it’s well beyond the budget of the Pentagon.