Is New Management Really What Starbucks Needs in Australia? 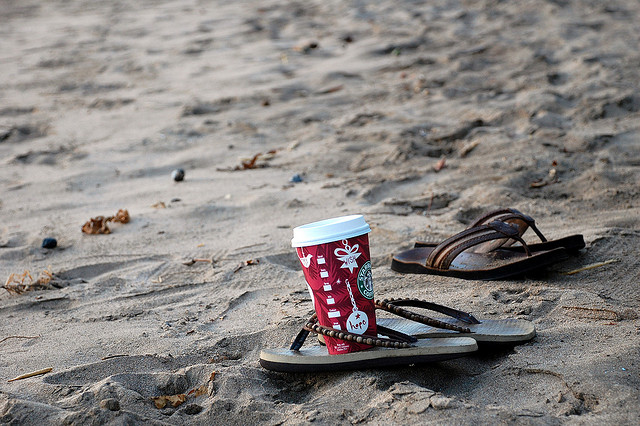 Big Gulps and double-shot mochas — a match made in heaven, right? That’s what The Withers Group, one of the wealthiest families in Australia thinks. The Withers just purchased the local license to American coffee giant Starbucks (NASDAQ:SBUX), meaning they will take over the company’s 24 Australian locations, and any new coming developments down under.

The Starbucks brand has not been a winner in Australia, but under the direction of the Withers family, which also owns the Australian licensing to convenience store chain 7-11, there are hopes things could turn around. As the Withers Group chief executive Warren Wilmot said after the deal was completed, “our aim will be to make Starbucks the most successful coffee chain in Australia,” according to The Sunday Morning Herald. “Our intention is to capitalize on the skills of the broader Withers group of companies in successfully bringing an international brand to Australia, and adapting it to suit the local market,” he added.

While the Withers plan to rebuild the Starbucks brand from the ground up, they do have their fair share of challenges ahead. The family’s success in building 7-11′s status as a regional player has proven to be a winning strategy, but coffee is a different ballgame, especially when facing off against numerous Australian cafe chains and independent coffee houses, but also another American foe in McDonald’s (NYSE:MCD). While Starbucks has struggled mightily in Australia, closing the majority of its stores over recent years, McDonald’s has been able to use its McCafe brand to grow into one of the country’s preferred coffee retailers.

So if McDonald’s has been able to find success in Australia, why hasn’t Starbucks? The answer lies with numerous factors, but when simplified it boils down to the fact that Australians were never quite on board with the “cafe culture” Starbucks was importing. As noted at The Age, in addition to coffee that many locals deemed to be subpar in quality, the appeal of Starbucks’ toned down, cushy café setting was not a turn-on for customers. Also, it was a product that already existed in Australia, with numerous smaller cafés providing a superior experience before Starbucks showed up.

The UNSW Australian School of Business also did its own investigation into Starbucks’ flop down under, and came away with similar findings. As they discuss in a release, Starbucks’ whole business model may not be compatible with the Australian business climate, creating friction on the most fundamental levels. As marketing professor Paul Patterson said in the school’s findings, “They made A$6 from me during the 90 minutes that I took up a chair and table in their café.” He also added, “they have quite large stores and their model is that they charge a slight premium, but you can sit there for an hour on one coffee. With the rent on those premises, that business model is not sustainable. It doesn’t surprise me that they lost so much money in Australia.”

Patterson went on to identify a few of the main causes for the company’s shortcomings in Australia, notably an overestimation of Australian customers’ perceived value of the brand, issues with customer service stemming from young, under-trained staff members, and failing to adjust their product line to to better accommodate the tastes of the local clientele. Starbucks barely even did any advertising open their arrival down under, opting to rely on the name of their brand alone.

Perhaps the most important of those three takeaways is the third. While Starbucks decided to waltz into Australian cities and open up shop with its Americanized product offerings and European café styles, the company did little to cater towards the tastes of its customers. In stark contrast to the Starbucks model is McDonald’s, a company that puts a lot of effort into making sure its menu is carefully crafted towards the demands of consumers specific to certain regions.

Again, Australia’s The Age seems to sum it up perfectly, stating that, “Starbucks offers almost the same products around the world, McDonald’s varies its menu depending on local culture and local tastes. In India, they sell the McCurry Pan. In Japan, the “Ebi Filet-O” is available — a shrimp burger. In Turkey, McDonald’s offers kebabs. Some of these products may sound stupid — and Canada’s “McLobster” sounds filthy — but their existence shows that McDonald’s understands the importance of understanding its regional markets, and tries to understand the peculiarities of local culture.”

So will the Withers Group take a page out of McDonald’s playbook to get the Starbucks name back on its feet again? There’s no telling, but it might be the wisest strategy. As seen with the Withers’ success with its 7-11 stores, they are more than capable of taking a well-known international brand and turning it into a success on their native soil, as evidenced by more than 600 7-11 stores across the country. The Withers have already detailed plans to open Starbucks locations in close proximity to their 7-11 stores, perhaps making a play to customers looking for coffee on the go, rather than in a café style setting. Whatever measures Starbucks’ new owner takes to make it a success, they will have their work cut out for them.

If the Withers family is able to make Starbucks a success in Australia, will it usher in a new strategy for the coffee giant in other areas where business is struggling? Perhaps adopting a more franchise-centric business model overseas can become a pathway to success in foreign markets, where natives can better cater to the local populace? Or the executives at Starbucks’ Seattle headquarters will take notice of how things go down under, and implement company wide policy changes that more closely resemble that of McDonald’s and other food chains?

Right now, there are a lot of questions regarding what the Starbucks sell-off will mean going forward. But the one thing we know for sure is that Starbucks is about to take a radically different direction in Australia, and the company will be standing by to see if its a success.