Starbucks’ Profit Heats Up While Sales Cool Down 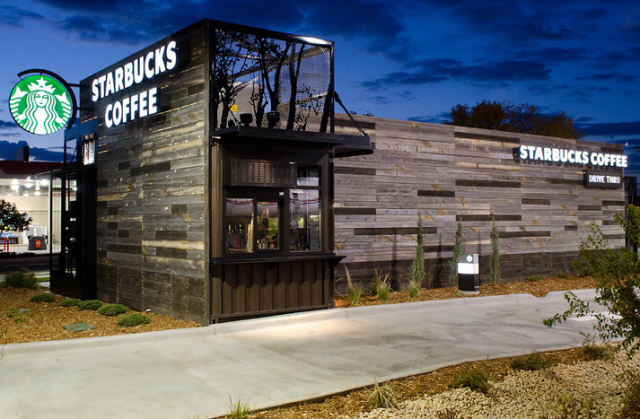 Starbucks (NASDAQ:SBUX) released its first-quarter earnings after the bell Thursday, coming off a year that CEO Howard Schultz has described as “by far the best in Starbucks’ 42-year history.” Investors, analysts, and consumers have been anxious to see how the world’s largest coffee chain performed in the first-quarter of 2014, and these first figures are expected to help dictate how Starbucks will perform throughout the rest of the year and whether 2014 will be even more successful for the chain than 2013 turned out to be.

According to its financial release, Starbucks’ first-quarter profit rose 25 percent to $540.7 million, or 71 cents a share, from $432.2 million, or 57 cents a share, from the year-ago quarter. Its revenue for the quarter that ended December 29, 2013  followed that trend, rising 12 percent to $4.24 billion from $3.79 billion last year. In addition, Starbucks’ comparable-store sales — considered a good indicator of a company’s health — grew 5 percent in the Americas and 5 percent globally, driven by a 4-percent increase in traffic.

Though Starbucks’ earnings of 71 cents per share beat analysts’ expectations, its revenue of $4.24 billion missed estimates of $4.29 billion. Wall Street analysts also expected global same-store sales to advance 5.9 percent, while they only rose 5 percent. Starbucks shares initially fell more than 2 percent in after-hours trading following the release, but had bounced back as of 4:30 p.m., sitting down 0.29 percent at $73.39.

Following the release, Schultz remarked, “As our solid traffic growth and record Q1 results demonstrate, Starbucks unique combination of physical and digital assets positions us as one of the very few consumer brands with a national and global footprint to benefit from the seismic shift underway.”

Troy Alstead, Starbucks CFO supported the executive’s claims, maintaining that, “Starbucks strong Q1 results once again demonstrate the fundamental strength of the Starbucks business, particularly noteworthy given the continued economic challenges worldwide. Successful holiday sales around the globe drove healthy growth in comparable store sales which, combined with our best in class operations, drove another quarter of record operating results. Our continued ability to execute at this level gives us the confidence to reaffirm our aggressive growth targets for fiscal 2014.”

According to its financial report, the Seattle-based company now expects a revenue growth of 10 percent or greater in fiscal 2014, and it forecasts a single digits rise in its global comparable store sales. Starbucks expects its earnings per share to be in the range of $2.59 to $2.67, and it plans to open 1,500 net new stores over the year, approximately 600 of which are expected to be in the U.S.

Starbucks has orchestrated several significant changes in recent months that highlight its strategies for moving forward, keeping consumers caffeinated, and expanding into new beverage and food divisions. Perhaps the most notable launch that the coffee chain has executed recently is that of its portable vanilla latte and caffe mocha beverages, as these specialty drinks have long only been available in cafes, but Starbucks made them them officially accessible to the public in early January when it began marketing single-serving packets in the U.S. and Canada. Priced at $6.95 for a pack of four, these drinks are now less expensive to make at home than buy from a Starbucks barista, but the chain has maintained that consumers are still expected to visit stores, and the new portable packets give the company the opportunity to expand its presence in the grocery store.

Also notable in recent Starbucks news has been the company’s response to the warning that its mobile application isn’t secure and puts customers’ private information at risk. One of Starbucks’s own customers, security researcher Daniel Wood, told the chain last week that storing its consumer information in plain text leaves customers vulnerable for an attack, and Starbucks  responded by vowing to update its app.

Now, Starbucks will continue to forge forward in an increasingly crowded marketplace, and prepare to face even more competition from rivals like Dunkin Brands Group (NASDAQ:DNKN), which just announced this summer that it is planning to expand more in the beverage industry and head west.