In Ford’s (NYSE:F) PR tour for the 2015 Mustang, the automaker will have few wild cards on the order of Stephen Colbert. Ford CEO Alan Mulally joined the master of satire on The Colbert Report on Thursday for a fresh take on the premiere of the iconic muscle car, and Colbert was in rare form. In fact, the host highlighted the sexiness of the Mustang and the fact that Ford didn’t receive a government bailout  – two talking points Ford couldn’t have scripted better.

Colbert’s character — an old-fashioned guy with a taste for all things American — greeted Mulally and displayed a picture of the original Mustang along with the sound of its revving engine. The host of The Colbert Report quickly alerted the sound man to cut the noise.

“That’s enough, that’s enough, I’m gonna get an erection,” Colbert called out to howling laughter from the audience.” However, Colbert wasn’t finished describing the macho appeal of the Mustang since its 1964 debut. Mulally noted that the Mustang became an icon because it was a “the first real sports car that also had a high utility” with its inclusion of back seats and a trunk. Colbert pounced. 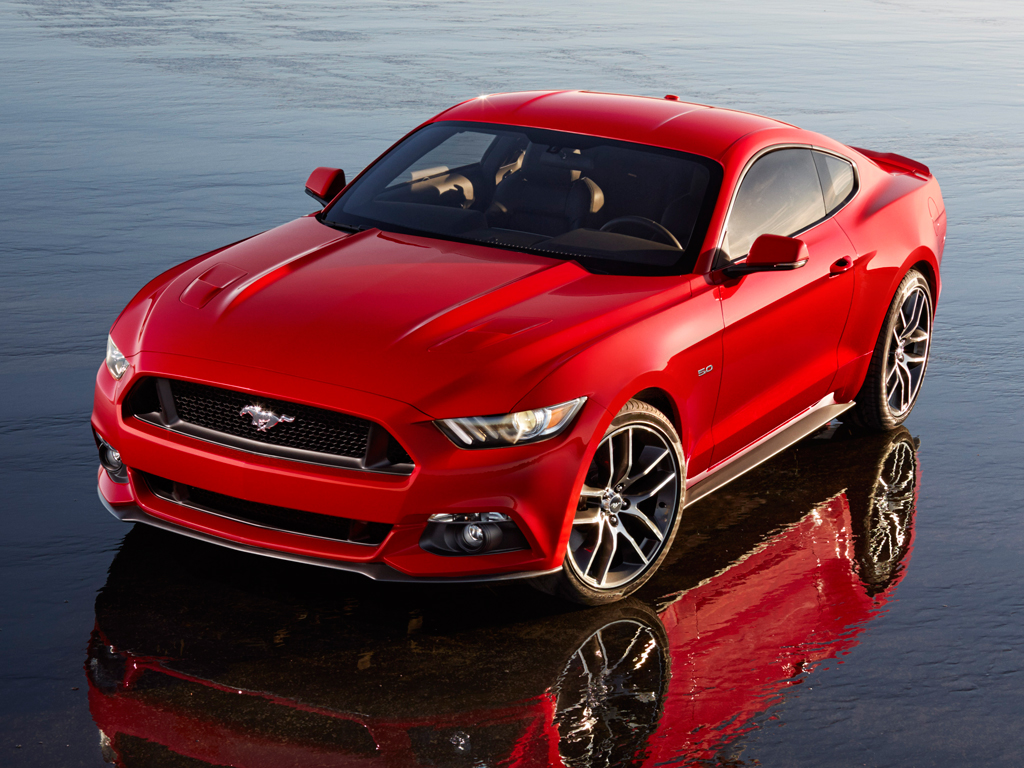 “Of course it two seats in the back,” Colbert said. “It was a Mustang! The reason it became an icon is because it got you laid.” Mulally assured Colbert the sexiness factor wasn’t lost on the 2015 version, saying it’s “still very much appreciated.”

In playing his uber-conservative character, Colbert celebrated the fact that Ford never received a bailout when the U.S. auto industry veered toward collapse in 2008.

“One of the reasons I like you guys is that you are capitalists, unlike those Bolsheviks over at GM (NYSE:GM) and Chrysler (FIATY.PK), right?” Colbert asked. “What do you think of those guys sucking on the government teat?”

The ever-gracious Mulally explained how important saving the auto industry was for the country as a whole, and even talked about cooperation with labor organizations when Colbert predictably went after unions. However, Colbert had succeeded in making important points Ford would love to have emphasized in the course of its 2015 Mustang PR push.

Differentiating itself from Detroit rivals General Motors and Chrysler continues to be important in light of the attractive sports cars both automakers offer. For GM, the Chevy Camaro has been topping the Mustang in the sales department, while its Corvette Stingray is being lauded as a world-class sports car.

Chrysler’s Dodge line also features muscle cars that are attracting a great deal of attention. Among them, the Dodge Challenger is coming out with a 100th anniversary edition in January to celebrate a full century since the Dodge brothers made their first car.

The 2015 Ford Mustang has a modern edge and a little less muscle than its predecessors, but there’s a lot to love about the redesigned icon. Ford couldn’t have hoped for a better endorsement than the Mustang got on The Colbert Report.

Don’t Miss: Ford Ka Will Join the Mustang and Edge Globally in 2015.