Stock Market: Be Cautious at These All-Time Highs 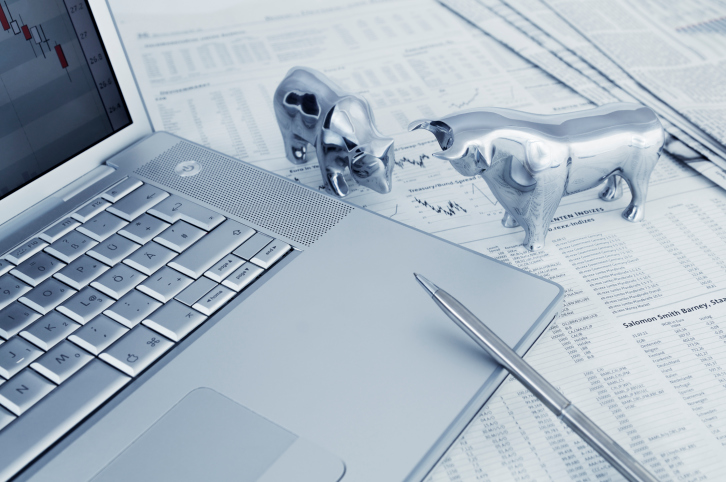 With the Dow Jones Industrial Average hitting an all-time high on Monday and with the S&P 500 nearly hitting a new all-time high, it seems as if U.S. stocks are the place to be. Despite the turmoil in the Ukraine, weakening economic numbers coming out of China, and weak retail sales from many U.S. companies over the past few months, stocks are powering higher, and that’s a good sign — right? After all, if stocks can climb in this environment, then what happens when these problems start to clear up?

But before getting excited and jumping into stocks, keep in mind that the best time to buy stocks is when they are down, not up. When everybody was afraid of owning stocks in 2008-2009, the proverbial “smart money” was buying. Similarly, when things looked great in 2007, the proverbial “smart money” was selling. Inevitably, these investors did not time the market perfectly. You could have bought in December 2008 and seen your positions fall another 10-20 percent before the upswing occurred, but three years later, you were extremely happy.

In today’s market, I think that despite the strong performance of the major stock indexes that in many cases, the best approach is to either sell or wait to buy. Investors who look at the stocks that are driving the market higher might be a little concerned. For instance, if we look at the Dow, the stocks that are leading the way higher this year aren’t economically sensitive stocks or growth stocks such as JP Morgan (NYSE:JPM) or Visa (NYSE:V), but rather stocks such as Johnson & Johnson (NYSE:JNJ) and McDonald’s (NYSE:MCD).

These are companies that people buy for their recession-resistant cash flow streams and their generous policies of returning capital to shareholders. They are also the companies people buy when they are risk-averse — they are leading holdings of funds that focus on “value” and dividends, and not growth or momentum.

As a result, I think investors need to be concerned and extremely cautious. When choosing stocks, the best approach is to look for value and stocks that can generate cash flow even in an economic slowdown. For instance, some of the railroad stocks look intriguing.

The East Coast railroad companies Norfolk Southern (NYSE:NSC) and CSX (NYSE:CSX) both trade with 16 price-to-earnings multiples, and while their earnings are down year over year because of weakness in coal shipments, they have had years of growing their businesses and returning capital to shareholders through dividends and buybacks.

Another place to look is at the nitrogen fertilizer producer CF Industries (NYSE:CF). CF has seen its operating profits decline because of lower fertilizer prices, but it has been one of the best-run businesses in the market, with profits soaring over the past few years due to smart and aggressive expansionary moves such as the purchase of Terra Industries.

The company grew earnings from $4 per share to over $25 per share before the stock pulled back slightly, and all of a sudden investors became cautious as the company’s stellar growth came to a temporary halt. People need to eat, and rather than buying other “staples” companies that trade at 25 times earnings because of their bond-like consistency, you are probably better off buying something like this company.

However, you should probably be avoiding several sectors in the economy, such as retailers, which are overvalued and which have shown weak earnings growth and margin contraction that has led to profit declines even in some of the best retailers in the industry from Wal-Mart (NYSE:WMT) to Costco (NASDAQ:COST).

Financial companies as well are showing signs of weakness, and they are reporting reductions in revenues from their trading businesses and continued fallout from the financial crisis. If you must own a financial, make sure that it is not generating its earnings or earnings growth by taking capital out of its loss reserve portfolio.

Ultimately, when stocks are hitting all-time highs they seem like the place to be. But there are a lot of red flags out there, from valuation to leadership. Too many stocks are overvalued, and the wrong companies are leading the upswing for investors to become too confident in the market going forward. However, there are opportunities out there, and if you locate them, you can still make money in both the short and long term.

Earlier, our writer Dan Ritter had looked at the possibility of the markets moving even higher. Here’s a recap from that article:

The S&P 500, though, is up 0.86 percent — anemic compared to 2013′s frenetic rally and reflective of a sometimes melancholy and always skeptical investor. By the last quarter of 2013 it was all but determined that 2014 would be underwhelming for equities, which is the narrative that appears to be panning out. It’s convenient to justify the price action by citing monetary policy, which, although tightening, is still highly  accomodative. The target federal funds rate, a benchmark against which market rates on interest are calibrated, remains at the zero bound.

Moreover, Federal Reserve Chair Janet Yellen expects the rate to stay low for the foreseeable future. “In particular,” she told the Congressional Joint Economic Committee in May, “we anticipate that even after employment and inflation are near mandate-consistent levels, economic and financial conditions may, for some time, warrant keeping the target federal funds rate below levels that the Committee views as normal in the longer run.”

Historically low interest rates during the recovery have been manna from heaven (the Fed) for equities, and the expectation that rates will remain low is a large part of current market sentiment. Investors, as always, seem eager to chase gains, but many appear skeptical of the foundation on which fresh market highs are built on and may just be interested in letting equities sit, as they generally have since the beginning of the year.

The low rate environment also seems to have made investors and traders a little more sensitive to value than normal. The value debate has been especially loud in the Internet and biopharmaceutical sectors, where IPO activity has been high. However, the IPO market appears to be cooling off and bullish sentiment along with it.

Speaking to Inc., Renaissance Capital Principal Kathleen Smith pointed out that tech IPOs in 2014 have severely underperformed every other sector. Some big ticket names like Twitter (NYSE:TWTR), which rocked high valuation at its IPO and an even higher valuation a few months later, have also cooled off.

With valuation and sentiment in mind, it doesn’t seem like there should be a lot of steam left in the market. But there is the monetary tail wind and the very real and very human tendency to chase growth. This could mean higher equity prices as investors swallow concerns about valuation and pay the premium. Or, a healthier alternative, the market locates previously unidentified undervalued companies, and brings them up to par.

In order for the Dow to reach 20,000, it would have to climb nearly 20 percent from its closing price on Monday. With the second-quarter underway and sentiment as soft as it is, reaching this benchmark seems like a fiction.