Stock Market: Be Greedy When Others Are Fearful 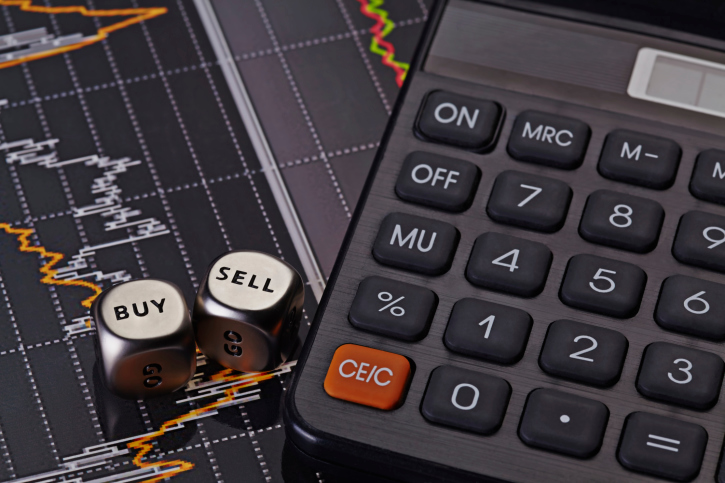 Buying out of favor stocks is one of the most difficult things to do. Often, when stocks fall dramatically, it does so for valid reasons. Furthermore, the lower they sink, the worse the news seems to get. Nevertheless, if you trust your ability to analyze companies then one of the best pieces of advice you can follow is to be greedy when others are fearful.

Keep in mind that stock prices go up for the same reason that the price of anything else goes up — supply and demand. When the price of a stock goes up, it does so because the price needs to rise in order to incentivize holders of the stock to sell their shares to those who demand it. Thus, a stock price rises in order to meet rising demand. But once the rise has taken place, some of the demand has been fulfilled, and there is less future demand.  This is inherently bearish.

Nevertheless, this is counterintuitive on some level. This is exemplified in the fact that stock prices rise after good news has been reported: positive earnings results, a patent approval, an increased dividend, a bullish report from a reputable analyst, and so forth. This last example — the fact that stocks rise on positive reports — gives us insight as to why a rising stock price is inherently bearish. If an analyst at a reputable firm is bullish of a stock, isn’t it likely the case that s/he is going to buy the stock before announcing this to the public? Why wait when s/he knows that there will be buyers entering the market as a result of this report? The very fact that they buy before the report means that the report is bearish insofar as it signals that there is less demand for the stock.

The same can be said about a falling stock price being inherently bullish for a stock. As the stock falls, there are fewer and fewer sellers, and this means that supply is drying up. From a supply/demand perspective, this is extremely positive. There is, however, a major caveat. A stock can go to zero. How, then, do you know the difference between a downtrodden company that has a positive long-term outlook and a company headed towards bankruptcy? While this is not an easy question to answer, being able to do so can make you fortunes.

Consider the case of the real estate investment trust General Growth Properties (NYSE:GGP). This company appeared to be a casualty of the financial crisis in 2008-2009. On March 6, 2009, the stock closed at just $0.33/share. Investors clearly thought that the company wouldn’t survive. Yet it did, and it currently trades at $22/share.

While these situations are few and far between, they illustrate how investor sentiment can change rapidly. At some point, all of the people who had given up on the company had sold so that only those who believed that it would survive were left in the market. This created a new uptrend in the stock and it changed investor sentiment. If you want to find contrarian situations such as these, here are a few tips.

First, look for entire sectors that are out of favor. While a bear market in a particular sector will have casualties (e.g. Patriot Coal in the coal sector), it is extremely unlikely that the entire sector itself is going to disappear. Differentiate between those companies in a sector that are run well and that are managing the bear market prudently, and those that are poorly managed and not prepared for the bear market. Also look for those companies that have stronger balance sheets.

Second, look for quality restructuring. Many times a bear market in a stock or a sector will lead a company to propose a turnaround plan or a corporate restructuring. Find those companies that have plans that make sense to you. Make sure they have specific goals that are achievable and that look forward. For instance, Kinross Gold (NYSE:KGC) suffered dramatically from a sinking gold price. The new management team came in, shed undesirable assets, paid down debt, and slashed mining costs. It is ignoring the old management’s past failures and looking forward with a clear plan that makes sense. Furthermore, despite some unfortunate write-downs, the company proved that its plan was working by reporting numbers indicative of this fact.

On the other hand, JC Penney (NYSE:JCP) has had several different plans to improve its business. First, it tried to do away with discounts. When this alienated a chunk of its customer base, the new management team didn’t look forward; it looked backward by trying to reach out to these customers. Had the company realized that it had lost some of its customers for good in this highly competitive business, it would have begun to shut down stores and work towards redefining its customer base. Failure to do so has left the company in a precarious financial position even after a heavily dilutive secondary offering. While it is finally making some of the tough choices, it should have made a year ago it might be too late.

While it is extremely difficult, contrarian investing is a wealth creating approach to investing if done correctly. It is a psychological nightmare insofar as you are buying assets that nobody wants to own. The nightmare worsens if you don’t pick the bottom. You feel like you’re wrong and you want to give up. But so long as you take a disciplined approach to buying out of favor stocks, you can make a lot of money doing it.