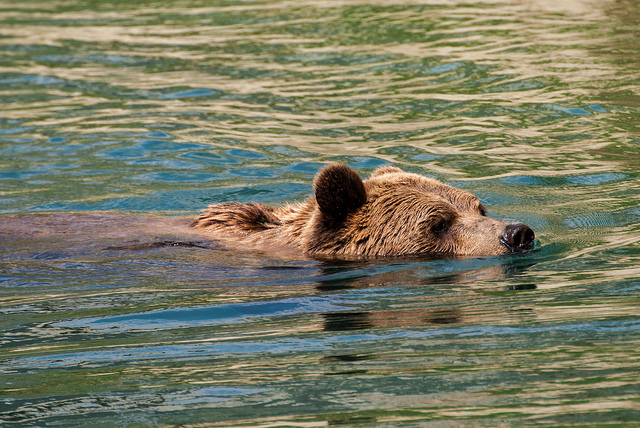 The porridge for stock market investors was hot in 2013, with the S&P 500 index skyrocketing +30 percent, while the porridge for bond investors was too cold, losing -4 percent last year (AGG). Like Goldilocks, investors are waiting to get more aggressive with their investment portfolios once everything feels “just right.” Dragging one’s feet too long is not the right strategy. Counterintuitively, and as I pointed out in “Here Comes the Dumb Money,” the investing masses have been very bashful in committing large sums of money out of cash/bonds into stocks, despite the Herculean returns experienced in the stock market over the last five years.

Once the party begins to get crowded is the period you should plan your exit. As experienced investors know, when the porridge, chair, and bed feel just right is usually around the time the unhappy bears arrive. The same principle applies to the investing. In the late 1990s (i.e., technology bubble) and in the mid-2000s (i.e., housing bubble) everyone binged on tech stocks and McMansions with the help of loose credit. Well, we all know how those stories ended … the bears eventually arrived and left a bunch of carnage after tearing apart investors.

After enjoying some nice porridge at a perfect temperature in 2013, Goldilocks and investors are now searching for a comfortable bed. The recent volatility in emerging markets has caused some lost sleep for investors. At the center of this sleeplessness are the financially stressed countries of Argentina and the so-called “Fragile Five” (Brazil, India, Indonesia, Turkey, and South Africa) — still not sure why they don’t combine to call the “Sick Six” (see chart below).

Why are these countries faced with the dilemma of watching their currencies plummet in value? One cannot overly generalize for each nation, but these dysfunctional countries share a combination of factors, including excessive external debt (loans denominated in U.S. dollars), large current account deficits (trade deficits), and small or shrinking foreign currency reserves.

This explanation may sound like a bunch of economic mumbo jumbo, but at a basic level, all this means is these deadbeat countries are having difficulty paying their lenders and trading partners back with weaker currencies and depleted foreign currency reserves.

Many pundits, TV commentators, and bloggers like to paint a simplistic picture of the current situation by solely blaming the Federal Reserve’s tapering (reduction) of monetary stimulus as the main reason for the recent emerging markets selloff. It’s true that yield-chasing investors hunted for higher returns in in emerging market bonds, since U.S. interest rates have bounced around near record lows.

But the fact of the matter is that many of these debt-laden countries were already financially irresponsible basket cases. What’s more, these emerging market currencies were dropping in value even before the Federal Reserve implemented its stimulative zero interest rate and quantitative easing policies. Slowing growth in China and other developed countries has made the situation more abysmal, because weaker commodity prices negatively impact the core economic engines of these countries.

In reviewing the struggles of some emerging markets, let’s take a closer look at Argentina, which has seen its currency (peso) decline for years due to imprudent and inflationary actions taken by its government and central bank. More specifically, Argentina tried to maintain a synchronized peg of their peso with the U.S. dollar by manipulating its foreign currency rate (i.e., Argentina propped up its currency by selling U.S. dollars and buying Argentinean pesos).

That worked for a little while, but now that its foreign currency reserves are down -45 percent from their 2011 peak (source: Scott Grannis), Argentina can no longer realistically and sustainably purchase pesos. Investors and hedge funds have figured this out and as a result put a bulls-eye on the South American country’s currency by selling aggressively.

Furthermore, Argentina’s central bank has made a bad situation worse by launching the money printing presses. Artificially printing additional money may help in paying off excessive debts, but the consequence of this policy is a rampant case of inflation, which now appears to be running at a crippling 25-30 percent annual pace. Since the beginning of last year, pesos in the black market are worth about -50 percent less relative to the U.S. dollar. This is a scary developing trend, but Argentina is no stranger to currency problems. In fact, during 2002, the value of the Argentina peso declined by -75 percent almost overnight compared to the dollar.

Each country has unique nuances regarding its specific financial currency pickles, but at the core, each of these countries share a mixture of these debt, deficit, and currency reserve problems. As I have stated numerous times in the past, money ultimately moves to the place(s) it is treated best, and right now, that includes the United States. In the short run, this state of affairs has strengthened the value of the U.S. dollar and increased the appetite for U.S. Treasury bonds, thereby pushing up our bond prices and lowering our longer-term interest rates.

Their cold is our warm

Overall, besides the benefits of lower U.S. interest rates, weaker foreign currencies lead to a stronger dollar, and a stronger U.S. currency means greater purchasing power for Americans. A stronger dollar may not support our exports of goods and services (i.e., exports become more expensive) to our trading partners — however a healthy dollar also means individuals can buy imported goods at cheaper prices. In other words, a strong dollar should help control inflation on imported goods like oil, gasoline, food, cars, technology, etc.

While emerging markets have cooled off fairly quickly, the temperature of our economic porridge in the U.S. has been quite nice. Most recently, the broadest barometer of economic growth (real GDP) showed a healthy +3.2 percent acceleration in the fourth quarter to a record of approximately $16 trillion (see chart below).

Moreover, corporate profits continue to come in at decent, record-setting levels, and employment trends remain healthy, as well. Although job numbers have been volatile in recent weeks and discouraged workers have shrunk the overall labor pool, nevertheless, the unemployment rate hit a respectable 6.7 percent level last month and the positive initial jobless claims trend remains at a healthy level (see chart below).

Skeptics of the economy and stock market assert the Fed’s continued retrenchment from quantitative easing will only exacerbate the recent volatility experienced in emerging market currencies and ultimately lead to a crash. If history is any guide, the growl from this emerging market bear may be worse than the bite. The last broad-based, major currency crisis occurred in Asia during 1997-1998, yet the S&P 500 was up +31 percent in 1997 and +27 percent in 1998.

If history serves as a guide, the past may prove to be a profitable prologue. So rather than running and screaming in panic from the three bears, investors still have some time to enjoy the nice warm porridge and take a nap. The Goldilocks economy and stock market won’t last forever though, so once the masses are dying to jump in the comfy investment bed, that will be the time to run for the hills and leave the latecomers to deal with the bears.

Wade Slome CFA CFP is president and founder of Sidoxia Capital Management and shares his investing insights at Investing Caffeine.