Stocking Up: Does Costco Cost Too Much? 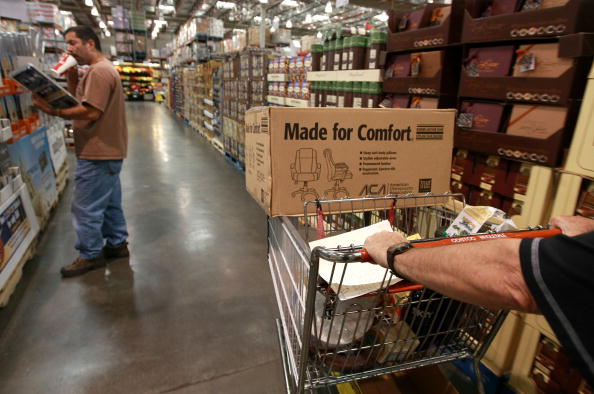 Shares of Costco (NASDAQ:COST) have had a rough year with the stock down about 2 percent versus the S&P 500, which is up about 7 percent. The weakness is a product of both broader sector weakness — retail stocks have been underperforming all year — and problems within the company; margins have been compressing and profit growth, which had been expected, has deteriorated.

But since April, like many growth stocks, Costco shares have started to rise again, and it seems that investors are optimistic that the company’s problems were limited to a couple of quarters. We can see this in analyst estimates, which indicated double digit profit growth in 2015 and $4 upside from the current $116/share price. Despite this rise, and despite this optimism, I think that now is a good time to take profits. While Costco is a good company that has dominated a particular market niche, it is simply too risky and too pricey at the current valuation. Let us see why.

First, like many retailers whose selling point is a low price, Costco has razor thin margins. Out of every dollar the company takes in the company’s profits come in at less than $0.02. Low margin businesses are inherently difficult to manage because slight swings in sales figures, currency valuations, and input costs can mean big swings in profits and potential losses. While Costco has been able to manage this very well the risk is still present, and I don’t think that this is priced in.

This brings me to my second point, which is valuation. Shares trade at over 25 times this year’s earnings expectations. This is very high — especially for a company that, in the last couple of quarters, has not grown its earnings. From a conservative investment standpoint, we have to assume a fair amount of relatively stable growth — at least 12 percent – 15 percent — in order to justify a 25 price-to-earnings multiple. While Costco may have had this strong sales growth in the past, it currently has mediocre sales growth, and this means that its price to earnings multiple should come down.

Investors who have been considering a position in Costco should note some other bearish indicators. For instance, we have seen relatively tepid retail sales growth in the United States. Further, we have seen that the company’s shares have hit resistance at the 50 week moving average, which had been rising but which is now flattening out. If the shares fall from there then investors might see this as a more permanent bearish signal, and they may sell longer term positions.

Finally, I want to point out that while the company has been growing its dividend it is very small at just 1.2 percent. This small payout will discourage retirees and dividend investors from taking a position, and one has to wonder whether the company can continue to grow if it chooses to increase its dividend payout.

Ultimately, Costco is a good company and a leader in the bulk low-cost retail space. But retail is a difficult business, especially when the economy isn’t very strong, and in a weak sales environment Costco shares can easily fall to 15-20 times earnings, and that’s a 20 percent – 40 percent decline.

Disclosure: Ben Kramer-Miller has no position in Costco.