5 Stores Where You Should Not Buy Furniture 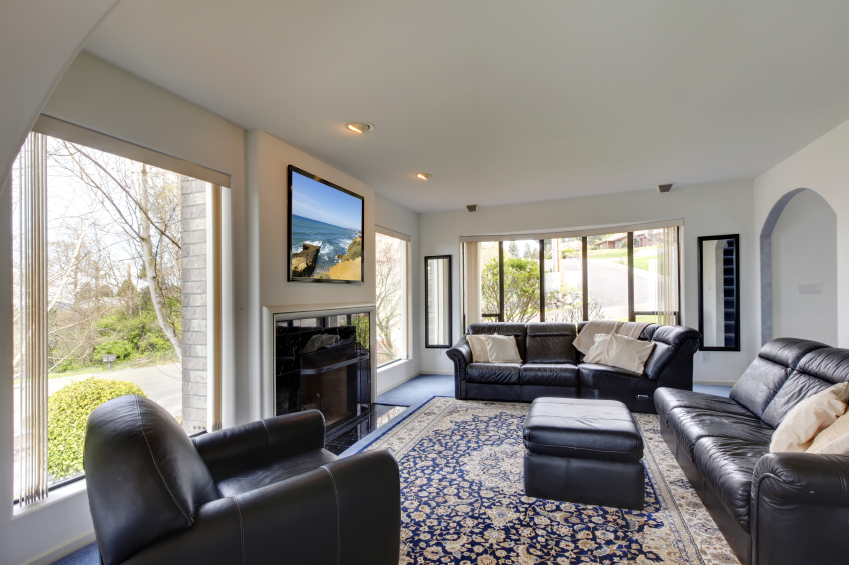 Choosing the right furniture at the right price can be quite a task | Source: iStock

You’ve moved into your first “adult” apartment or house, and it’s time to go gangbusters on a furniture spree. Or, you’ve been living with plastic bins that serve as a dresser for too long, and it’s time to buy something that isn’t from your college dorm room. Whatever the case may be, you want to choose items that have a decent quality but also fit into your budget. Perhaps you’re lucky, and price isn’t a factor. But if you’re like many first-time homebuyers — or even if you’re simply moving into a new apartment — you’ve got other bills to pay. Finding furniture is necessary, but will cramp your budget at least somewhat.

You’ll need to sit down and figure out exactly how much you can afford to spend. If you haven’t set up a clear budget, now has never been a better time to start. Of all the foolish ways people go into debt, an unwarranted spending spree on a dining set you don’t need shouldn’t be one of them. From there, prioritize the pieces you need most and figure out where the best places will be for you to find them.

Unfortunately, some of the places that are known for affordable furniture aren’t your best bets when it comes to quality and durability. However, if you’re willing to put in some effort, looking for steals on Craigslist or scouring nearby estate sales could be a great way to find older, quality used furniture that can updated to look like new. In some cases, that might work out better for you than buying new pieces from these stores, which are known for having some issues. If possible, avoid these locations for furniture.

In general, some home experts advise skipping department stores when it comes to shopping for furniture. Selling furniture isn’t the bread and butter for department stores, so the quality can vary and the styles can be outdated, Allison Caccoma of Caccoma Interiors told Houzz. “Buy things from places where if there’s a problem, you know they’ll stand behind their product,” she said.

Though Macy’s has a good reputation for many things, selling furniture doesn’t top the list. In fact, it only received an average of one star out of a possible five on Consumer Affairs, based on 63 ratings and 423 reviews. Some customers complained about delayed and botched deliveries, while others weren’t pleased with the overall quality, particularly with leather furniture. Many reviewers took exception with the retailer’s Worry No More Warranty, which is touted as a hassle-free service that covers a multitude of problems, from stains to furniture defects. Unfortunately, Macy’s contracts with another company to uphold that warranty, and the company rarely satisfies frustrated customers.

“We love our sofa, but the Worry No More experience has been atrocious. If you are considering buying a couch from Macy’s, skip the expensive Worry No More option, and scotch-guard the couch yourself,” one reviewer wrote. “Don’t buy the Worry No More Warranty for furniture from Macy’s. They ask you lots of gotcha questions so that your claim won’t be covered. I don’t know how people can work for this company. No integrity and or ethics,” another customer claimed. 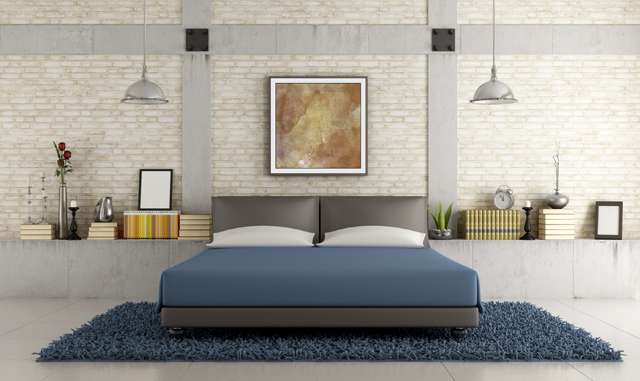 Previous customers also aren’t feeling the love for Value City Furniture, the retailer with locations in most states east of the Mississippi. With 56 ratings and 151, customers on Consumer Affairs only gave this store one star out of a possible five. Customer service is a struggle for many companies, and apparently Value City Furniture is no different.

Multiple customers also referenced problems with bonded leather couches tearing or coming apart at the seams, with little to no help from the claims department with fixing the issue. “All I can say is do NOT buy bonded leather, I paid $1000 for each sofa and now have multiple tears on the cushion seating,” one unhappy customer wrote.

In addition, disgruntled customers said they dealt with multiple errors with delivery (either with the items themselves or the dates and times for arrival). Another customer said you should avoid providing your email address, as his inbox was flooded with spam mail within 24 hours of providing his email address to the company.

You get what you pay for — an adage that can be applied to almost any big box store, especially when it comes to furniture. You can buy bookcases for less than $100 at Target or Walmart, and even find some armchairs and couches to go along with it. The retail chains have only increased their furniture sections in recent years, finding demand for low-cost products that are also stylish. However, there’s only so much quality that $300 can buy.

Several years ago, the New York Times interviewed custom furniture maker Bart Cisek of New Day Woodwork and asked him to go over some of the furniture offerings at Target, Kmart, and other big box retailers with a critical eye. Cisek pointed out small quality issues even in the store, and noted the methods those stores use, like using wood fillers instead of solid wood pieces for some of their furniture.

Several years have elapsed since Cisek evaluated the furniture. However, he did find that the products were top-of-the-line at their price points. In other words, the furniture was often as valuable as it could be for a $150-$400 price point. You’re not going to get solid oak or mahogany brand new in that range — it just won’t happen. But there’s an unspoken agreement that customers make with these retailers when they buy this. They have to know the furniture is, by definition, cheap. It won’t last long enough to be a family heirloom. If that’s what you’re looking for stay away. But if you’re looking to outfit your first few apartments and won’t have remorse when you toss that bookshelf in a year or so, who are we to judge?

The counter argument some home experts make, of course, is that you end up spending more money over time to replace cheap versions, rather than splurging up front and buying pieces that will endure. “Yes, their furniture may be cheap, but if it only lasts a short time, you will spend far more money in the long run,” Kathy Woodard, a home decorating expert who frequently appears on HGTV, told CBS about Walmart’s furniture. 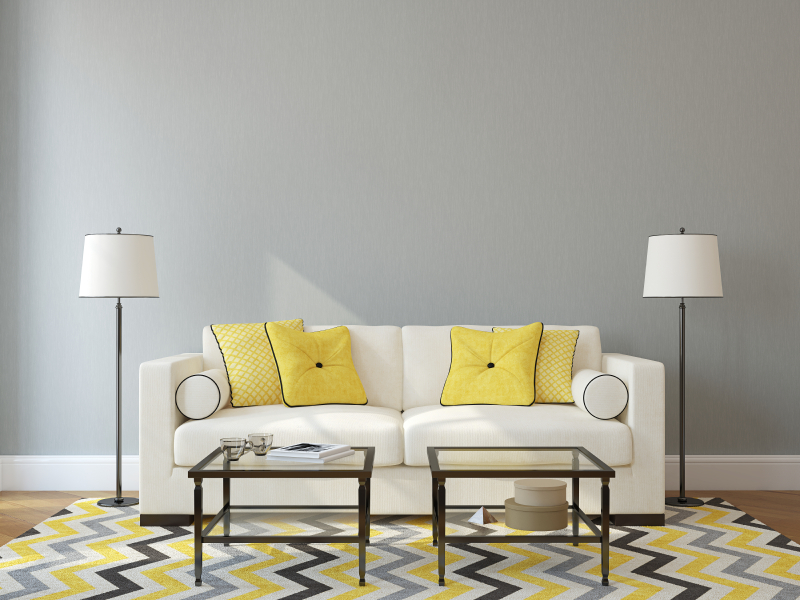 Not to be confused with the furniture chain with “Value” in front of it, this set of stores is located primarily in South Florida. Apparently, most of us can be glad they haven’t migrated north. Customers complained about a host of problems, including terrible customer service — and worse, a complete lack of response from store managers and associates after complaints were made.

Many customers were unhappy with the quality of the leather sectionals they bought, with many of them reporting the surfaces cracked or peeled with even the most delicate use. One customer, who said they racked up a $9,000 tab at the retailer, said the delivery people set up the furniture as requested, but left trash and remnants from the installation littering their front yard and driveway.

With those types of issues, it shouldn’t be a surprise that the retailer only earned one star out of a possible five on Consumer Affairs.

Again, you get what you pay for when it comes to IKEA’s furniture, though most will say the design and quality is a step up from most other big box retailers. But quality isn’t necessarily the concern here. As we’ve mentioned before, you should have a general idea of what you’re signing up for when you purchase items from the Swedish company.

However, the larger concerns around Ikea have more to do with environmental and other costs, not necessarily the furniture itself. “Can we afford to keep shopping at places where an item’s price reflects only a fraction of its societal costs?” one Atlantic column asked in 2009.

Seven years and counting after the article was published, it appears we can. But it doesn’t necessarily mean we should. For one, IKEA has pushed many transportation costs onto the consumers themselves, likely without them even thinking about it. The average consumer drives 50 miles round trip to make it to the assembly-required mecca, often far away from city centers so the business can avoid higher taxes. At the time the article was written, the retailer was also the third-largest consumer of wood, used in the particleboard now ubiquitous with the brand.

But the bigger issue, as the Atlantic points out, is that the cheaper furniture invites us not to invest or repair the items. When a bookcase breaks or a dresser becomes unusable, we throw it away instead of repairing it, like we would an heirloom armoire. It might get recycled, or it might not. Either way, we’re using more natural resources without adding lasting value. For those reasons, “IKEA is the least sustainable retailer on the planet,” said Wig Zamore, a Massachusetts environmental activist who worked with IKEA and supports some of the company’s regional green initiatives.