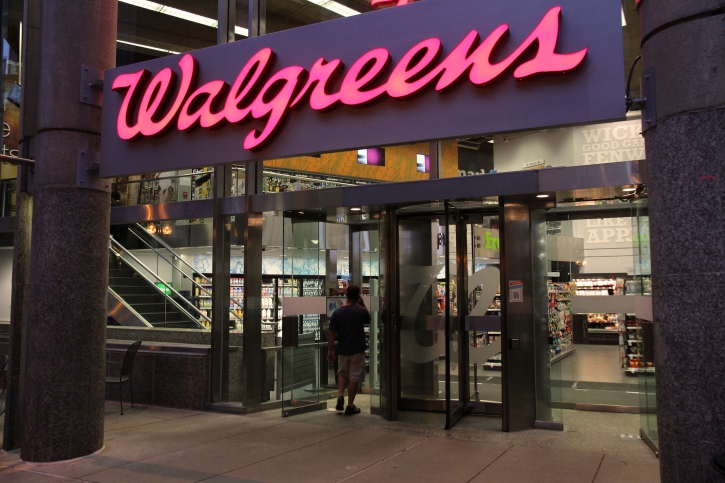 On Wednesday, shares of Walgreen Company (NYSE:WAG) soared 4 percent to a new all time high of $75/share. Furthermore, for the year, Walgreen shares have risen an incredible 30 percent, which greatly exceeds the languishing retail sector, which is down 4 percent for the year using the SPDR Retail ETF (NYSEARCA:XRT) as a proxy.

The catalyst driving Walgreen shares was the company’s strong May sales figures. The company reported a 6 percent increase in sales, and a 4 percent increase in same-store sales. This not only exceeds the lackluster growth in the retail space, but it shows accelerating sales. It also implies rising margins: retailers have fixed costs in keeping a store open (e.g. utilities, labor, rent, or property taxes) and so when the sales at a given store rise, this tends to improve the company’s margins.

In short, the company has accelerating profit growth, and Wall Street likes nothing better than accelerating profit growth. Unfortunately, it is unsustainable, and yet analysts’ models factor in continued acceleration. It is for this reason that, on the one hand, Walgreen has modest profit growth, and on the other hand, it trades with a price to earnings multiple that exceeds 25. These figures lead me to the premise that Walgreen shares should be sold while analysts are optimistic. There are additional reasons as well.

The first, as I have already hinted, the company’s earnings growth has been modest, even tepid. From 2010 to 2013, net income grew by just over 17 percent, or about 5.4 percent annualized. The first-quarter showed roughly flat earnings year-over-year. Now with these new numbers, there is potentially earnings growth of 8 percent – 10 percent. But given the company’s history, this high number is an exception to the norm. With this being the case, it is difficult to justify an earnings multiple greater than the mid to high teens.

Third, despite the fact that Walgreen has brand recognition and ubiquity, it faces a lot of competition. This competition comes in the form of direct competition from Rite Aid (NYSE:RAD) and CVS Caremark (NYSE:CVS), as well as from big box discount retailers such as Wal-Mart (NYSE:WMT), Target (NYSE:TGT), and Costco (NASDAQ:COST). It also has competition from internet retailers. This speaks again to the company’s limited growth potential, as well as its vulnerability. If one of its competitors carves out a market niche that takes business from Walgreen we could see the stock come back to Earth.

Finally, while Walgreen is bucking the trend, the retail environment in the U.S. has been relatively weak. April consumer spending actually declined, and we also learned on Wednesday that job creation is unimpressive. Even if Walgreen can continue to outperform, this won’t mean much if retailers take a turn for the worse.

There is no doubt that Walgreen has largely outperformed its competitors in recent months, and it has proven to be a solid business. But at $75/share valuation is simply too rich. There is very little upside — if any — and a whole lot of downside potential if the aforementioned risks come into play.

Disclosure: Ben Kramer-Miller has no position in Walgreen or in the stocks mentioned in this article.