Structural Unemployment and the Sacrifice of Human Professions 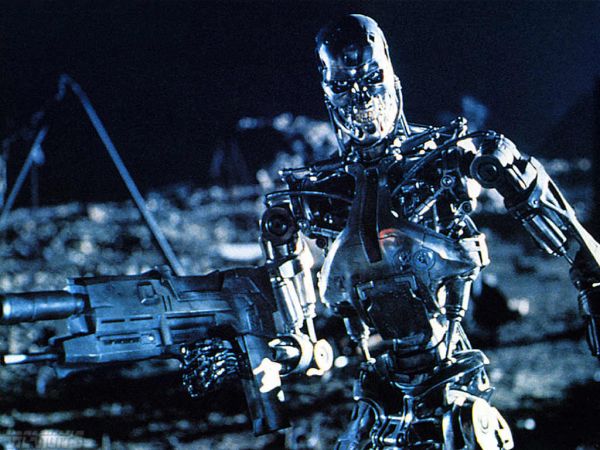 Since the beginning of the industrial age there has been concern over the hidden dangers of machines. Now, not everyone had a keen mental picture of the Terminator coming to take their life, but plenty of people saw a slightly different threat coming to take their jobs, and they haven’t been entirely out of line to think so.

Many modern thinkers and economists believe that machines don’t actually result in overall job loss. Though looking at the situation with a narrow perspective would show people clearly losing their jobs as they are replaced by machines and computers that can do the same work quicker and more cost-effectively, that picture wouldn’t show what actually can happen to the economy and work environment as a whole.

According to The Economist, economists have upheld the argument that improving the efficiency of labor — such as by using advanced technology —  will ultimately lead to increases in employment. First off, workers at the newly economized companies could start receiving higher wages. From there, those workers with newly fattened wallets would boost the demand for products and services. That increased demand would necessitate new jobs, creating opportunities for any displaced workers.

That paints a pretty clear picture of the possibilities, and history backs up the claims of those economists.

Before the year 1570, real income growth was slow in Britain. But, from 1570 to 1875, the rate of growth jumped up with the introduction of more advanced technologies, tripling in that time period. In the following 100 years, even more advanced machinery was introduced, and incomes multiplied by even greater values, noted the Economist. However, that trend has run into a hiccup.

In 1930, renowned economist John Maynard Keynes warned that technology could create problems for employment. Though he believed economizing labor — as with machines — would increase wealth, he also thought that it could create “technological unemployment” if that economization of labor happened at a faster rate than new jobs and workplaces could be created for the displaced workers.

Stemming from such a lack of balance, the wealthy capital owners that put money into technology instead of labor end up amassing greater and greater shares of wealth — as can be seen in our own current domestic wealth disparity. Meanwhile, unemployment increases. On top of that, incomes for the laborers don’t always increase.

According to the Economist, wealthy countries, such as the U.S., the U.K., and Germany, have actually been seeing real wages — adjusted for cost of living — stagnate for the average laborer in recent decades. And, as many know, the U.S. has also been having trouble with employment.

Unemployment in the U.S. has been particularly high recently, thanks in part to the economic crisis. Though in the past few months unemployment has been gradually falling, labor participation is still down below pre-crisis levels. In fact, the rate fell 0.2 percent to 62.8 percent. As reported by the Economist, former American treasury secretary Larry Summers believes that ten years from now as many as one in seven men aged twenty-five to fifty-four years old could be out of the workforce.

While there is a lot that machines can do in place of humans, there are still some roles where people exceed. Of particular importance is the service industry. While the portion of the U.S. workforce dedicated to manufacturing fell from about 30 percent in 1948 to less than 10 percent in 2011, the amount of people working in the service industry skyrocketed, reported the Economist.

Machines economized a lot of manual labor, dropping the number of people working in agriculture as well, but left the realm of brain-work open. However, computers have been coming onto the scene strong and with power growing at an exponential rate, as per Moore’s law.

Or not so safe

As those in charge of companies continue to economize labor within the companies by using more advanced computers, many more professions could be in danger. The University of Oxford’s Carl Benedikt Frey and Michael Osborne claimed that almost half of the jobs in typical occupation categories could be taken on by machines, the Economist reported. The pair argue that within twenty years telemarketers, accountants and auditors, and retail salespersons all have over a 90 percent chance of seeing their jobs start going to computers.

Though economists’ rationale still points to these changes in labor ultimately leading to improvements in the lives of workers, the exponentially improving computers could pose the sort of threat Keynes foresaw if new roles for the displaced workers aren’t created at a fast enough rate.

Of course, the Economist noted, Keynes expected that people would eventually be working only fifteen hours a week. So, maybe the issue isn’t that we don’t have enough work for everyone, but that everyone is working too much.