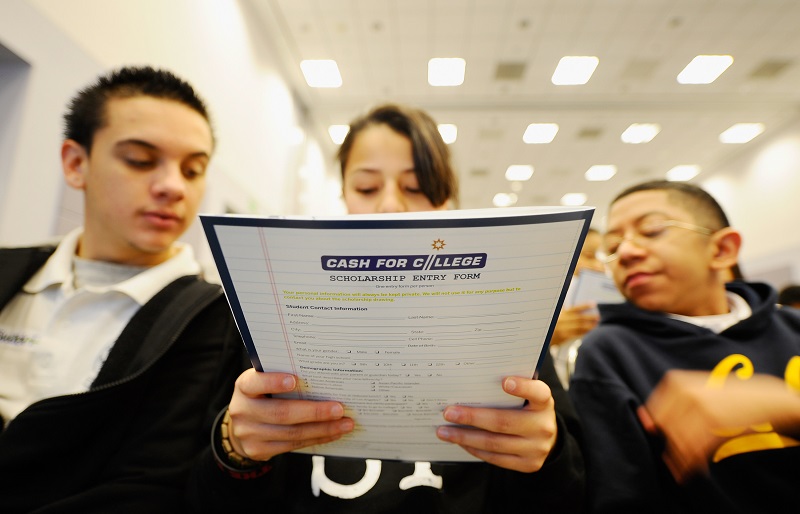 Conventional wisdom might tell you that it’s more difficult to manage and pay back larger loans. You might think that if you’re borrowing a larger amount of money to pay for school, the more likely you are to fall into financial distress and default. After all, given enough time, you could lose a job, suffer an injury, or any number of other things.

Well, throw conventional wisdom to the wind, because some new insight seems to show that those who take out smaller loans often have a hard time paying them off. This is what was found by sifting through new data from the Department of Education, and a corresponding brief published in the Upshot by The New York Times.

In short, the story that the data weaves is as unintuitive as it gets. We assume that students taking out loans to pay for their education would be more likely to default as their loan balances grow higher and higher. But the opposite is actually what the Department of Education is finding — students who take out loans of smaller amounts are actually more likely to be unable to pay them back.

But the reason why we’re seeing this happen actually makes a lot of sense, and it’s pretty simple: students who take out bigger loans typically go on to become higher earners. Higher earners who pay their loan balances off, and on time, and have a lower rate of default.

For example, if you have a student at a university who spends, say, $40,000 to get a bachelor’s degree in business, or communications, that student might go on to have trouble making payments six months after graduation. But a student who takes out $100,000 to earn a bachelor’s degree, and then proceed to graduate school and become a medical doctor or lawyer will be earning a salary commensurate with those given professions. Those individuals have much more economic padding, and can roll with life’s punches in a more nimble fashion.

In a nutshell, higher earners tend to have higher student loan debts. But they can pay those off, because they earn more. Because of that, they’re less likely to default. That makes sense. But it points to continuing issues among those who are taking out significant debts to go to school, graduating, and then struggling to find solid economic footing.

The question is, how are policymakers going to find a way to address this issue? We’ve heard rumblings of the coming ‘student debt bubble’ for the past several years now, and there really aren’t any signs of institutional change, or shifts in policy to address the crisis before it happens. College students are graduating with an average debt of more than $30,000, and that number keeps climbing higher.

And as we’ve explored before, the biggest factor in increasing higher education costs is, ironically enough, the government making loans available to more people. Colleges are seeing that students have more money available to them to pay for their educations, so they start charging more. Because they can.

It’s an abusive and parasitic system, and isn’t what policymakers had in mind. But it’s the driving factor behind the student debt crisis. As far as coming up with plans for dealing with it, it looks as though there really isn’t an easy way out without saddling taxpayers with the cost.

Basically, we’ve set ourselves up for a lose-lose situation. And it’s having some real negative economic impacts — and will continue to, as long as the problem goes on unabated.

For individuals, what all of this means is that we’re approaching a sort of crossroads when it comes to higher education. If you spend too much to get a bachelor’s degree that won’t earn you a high enough return — i.e., a high-paying job — then you’ve backed yourself into a corner. And, if you’re not willing to go all-out and go for a career that requires many additional years of schooling, and a very hefty loan to pay for it (doctors, lawyers, etc.), then it may not be worth it to pursue a degree.

It’s not an easy problem to fix, and that’s why we haven’t seen much headway made toward addressing it. But if you, your kids, or grandchildren are looking to borrow to pay for education, make sure you know what you’re getting yourself into.