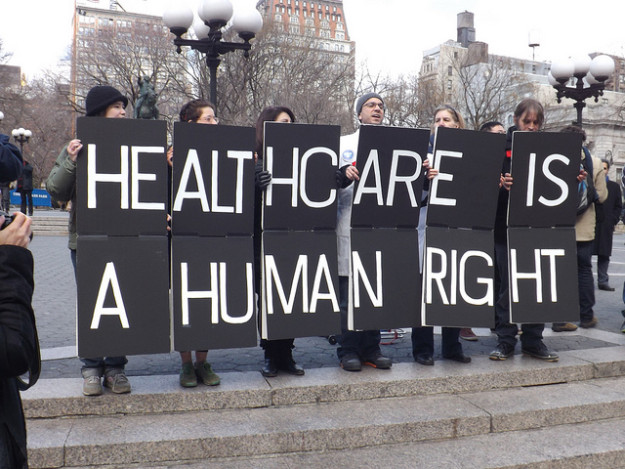 A report from the Government Accountability Office has shown that the signature provision of the Affordable Care — the new health insurance exchanges that are expected to bring coverage to the millions of uninsured Americans — may not be ready in time. “Much progress has been made, but much remains to be accomplished by [the Department of Health and Human Services’ Centers for Medicare & Medicaid] and states within a relatively short amount of time,” noted the report. Adding some man-on-the-street, corroborative evidence to that assessment, a new study showed a significant number of physicians do not believe their states’ online marketplaces will meet the October 1 deadline for enrollment to begin.

But that sample of doctors also exhibited a lack of understanding on how the exchanges will operate. In fact, a great number said they were “not at all familiar” with the particulars of the Obamacare-mandated online marketplaces, including the types of plans offered on the exchanges and other key details that will directly affect their bottom lines. Sixty-five percent of all doctors questioned gave that answer to all but one of the questions related to their knowledge of plan benefit levels, the rates contracted with insurers, the claims process, and patient coverage terms, the publication reported.

The only question on the poll where familiarity among doctors regarding the particulars of the exchanges even approached 50 percent was regarding whether they were familiar with how insurance policies purchased on the exchange would affect their business; 56 percent said they were “not at all familiar,” while 21 percent were only slightly familiar.

The potential problems from this knowledge gap extend far beyond the finances of these doctors and their practices. Shane Jackson, the president and Chief Operating Officer of LocumTenens.com, the firm that conducted the survey of 479 independent physicians, said the results were potential red flags for the success of implementation, mainly because health professionals are one source the Obama administration is depending on to educate the public about the health reform. Patients also “rely on their doctor for a lot of information.”

“They expect to a large degree that their doctors understand how this is all going to work,” said Jackson, whose firm is a full-service physician staffing agency, regarding patients. Still, 89 percent of surveyed doctors said they believed consumers were not adequately educated about how their health care will be affected by the exchanges.

Ostensibly, one of the goals of Obamacare was to fix the “broken” American health care system as bringing coverage to the uninsured would theoretically solve the financial issues medical professionals face when treating patients without insurance. “As major stakeholders and advocates in this effort, physicians should be educated about how these changes will impact them, their patients and their prospective patients,” Jackson told CNBC. “Our survey shows that for the most part, they are in the dark,” he added. “Doctors, they’re seeing patients and they don’t have time or motivation to get up to speed on this, but they’re going to have to because it’s going to impact them.”

That impact is in the form of an average 13.4 percent increase in patients with insurance purchased via the exchanges.

The more than 67 percent of doctors who are not aware that the coverage terms of patients allow individuals to go three months without paying premiums and still not have the coverage formally cancelled could cause a nasty surprise for physicians, Jackson noted. While the doctor may still be providing coverage, insurers are not required to pay claims incurred during that time, CNBC reported, so doctors may have to eat the cost of care they have already provided.

“Just from a business perspective for doctors and practices, that’s a huge thing they need to get their arms around,” Jackson said. The survey found that only 5.2 percent of respondents were either “extremely familiar” or “very familiar” with patient coverage terms, and close to 66 percent were unfamiliar with what the contracted rates with the insurers offering coverage on the exchanges will be. “I think it’s logical to say that they’re not necessarily seeking out all of the relevant information,” Jackson added, referring to the uninformed doctors his firm surveyed.