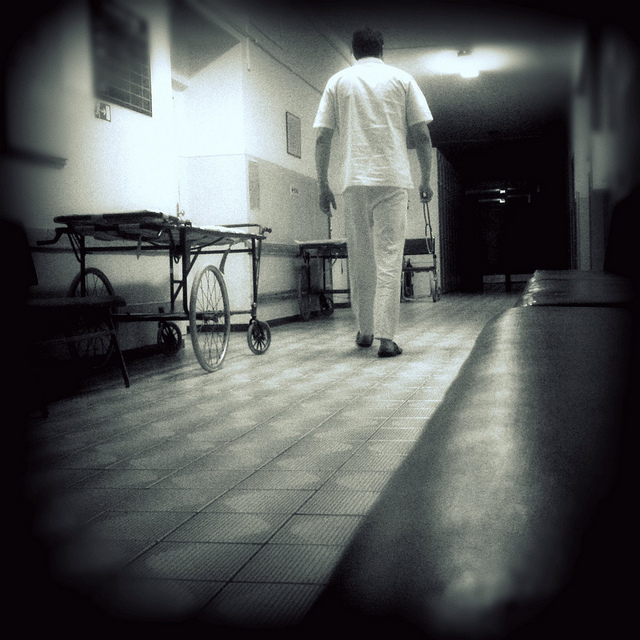 The Congressional Budget Office has estimated that 7 million Americans will enroll in the online exchanges created by the Affordable Care Act’s individual insurance mandate when the marketplaces open on October 1. But investors surveyed by Citigroup have a much lower forecast: 4 million. The expected problem is not unawareness of the law’s requirement that all Americans who can afford to buy healthcare insurance must do so, or confusion about how to sign up for coverage, or even distaste for the mandate; rather, the survey showed that investors are concerned that technical glitches will present obstacles to enrollment, Reuters reports.

A total of 48 million Americans were uninsured as of 2013.

One of the primary reform aims of the Affordable Care Act was to ensure every American was insured, and the primary vehicle of that goal is the state-run or federally-facilitated exchanges.

The exchanges allow consumers to comparison-shop for health insurance policies in online marketplaces, which were designed to give consumers collective bargaining power that will foster competition and drive down prices. To keep the insurance plans offered on the exchanges affordable, Americans, whose employers do not offer insurance and who make between 100 percent and 400 percent of the federal poverty line, which tops out at around $45,960 for an individual and $92,000 for a household of four, will be given a federal tax credit to subsidize the cost.

But to determine whether an applicant qualifies for the subsidy or is eligible to buy medical coverage on the exchanges, the databases of seven U.S. Agencies, including the Internal Revenue Service and the Department of Homeland Security, must be linked. Because all data — from identity to citizenship to income to family size — must be verified, a massive amount of data will be circulating through the $267-million computer system, nicknamed “the Hub.”

The Office of the Inspector General of the Department of Health and Human Services reported in early August that the setup of government-mandated privacy protections needed to safeguard personal data and prevent fraud was months behind schedule. “Several critical tasks remain to be completed in a short period of time,” noted Gloria Jarmon, the HHS Deputy Inspector General for Audit Services, in an August report on the status of the implementation of the exchanges. “If there are additional delays in completing the security authorization,” the chief information officer at the Centers for Medicare and Medicaid Services may not have the required “security controls needed for the security authorization decision” to open the exchanges on October 1.

Then, insurance industry sources told Reuters in a late August interview that the U.S. Department of Health and Human Services had informed insurance companies that it would not sign the agreements to finalize the plans to be sold on the federal health insurance exchanges between September 5 and 9, as scheduled. Instead the deadline has been pushed to mid-September.

Both admissions, plus the delay of the employer mandate and the income verification system, have given investors cause for concern, Tim Nelson, a healthcare analyst at Nuveen Asset Management, told Reuters. And those concerns have weighed down hospital shares.

“All the headlines say the implementation is slower, the software doesn’t work, the security isn’t there,” said Nelson, who was not included in the Citigroup survey. “All this tells the average investor that things will be slower to evolve than we might expect.” However, while the exchanges may struggle in the beginning and the requirement that mid-sized and large employers provide coverage for full-time workers was postponed until 2015, 81 percent of the surveyed investors said they do not expect the individual mandate to be delayed.

The federal government’s progress was closely watched by Wall Street because the successful implementation of the Obamacare exchanges means new paying customers for insurers and hospitals. For now, investors expectations are “modest,” as Citigroup analysts Gary Taylor and Carl McDonald told Reuters. “We are optimistic that final 2014 enrollment will exceed low expectations, propelling” healthcare provider stocks, such as hospitals, the analysts wrote in their report.” They continued, “Accordingly, we’d be aggressive buyers if initial enrollment is disappointing this fall.” The enrollment period for plans starting in January 2014 lasts for six months, but a majority — 55 percent — of investors said they believe the government will extend the deadline.

When asked whether they expected technical problems to affect or materially delay enrollment, 46 percent of investors surveyed answered “yes” while another 27 percent replied “maybe.”

Projections made by healthcare companies, including insurers, have also worried investors. “In general, corporate projections are at the low end, and investors for better or worse are taking the companies at their word,” Les Funtleyder, a healthcare strategist with investment firm Poliwogg, told the publication. “I have not heard any company with overly optimistic projections about the exchanges.”