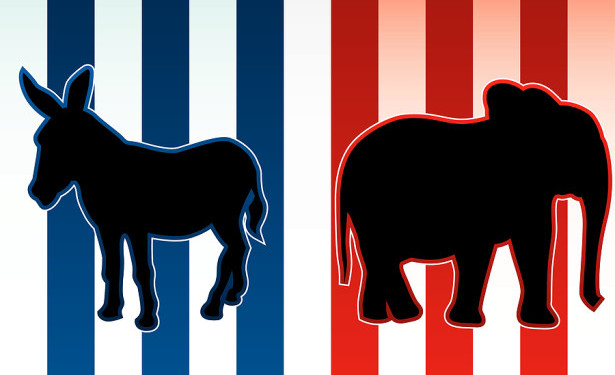 Since the health care reform bill was first passed in March 2010, it has been both highly unpopular and divisive. Naturally, opposition to and support for the Affordable Care Act has broken down along party lines.

But signs have emerged indicating that assessment may be too broad, with numbers of ideologically moderate or conservative Democrats actually turning against Obamacare. Some of the first evidence of strong disillusionment from the Democratic party came from Max Baucus — the Democratic chairman of the Senate’s Finance Committee, and a key architect of the healthcare reform law.

He told Health and Human Services Secretary Kathleen Sebelius at an April hearing that he was concerned that the implementation of the Obama administration’s signature health care law would be a train wreck — a phrase that has become a mainstay of Republican attacks. “I just see a huge train wreck coming down,” he said. “I’m very concerned that not enough is being done so far — very concerned.” Indeed, a report issued by the Government Accountability Office and several delays have realized his concerns to some degree.

Still, while the reason for any opposition may differ across party lines, Republicans have found the problems with implementation concerning. When the Obama administration announced it would delay the penalties associated with employer mandates, opponents saw the postponement as proof that Obamacare would not work “the way the administration promised.”

News regarding any controversy is often dominated by the loudest voices, and Obamacare has been no exception. However, in this case, simple figures show a similar reality: once loyal Democrats are slowly, but steadily, changing their opinions on the health care reform.

It is not so much politicians that are changing their view on the reform — although Baucus is a good example — but the general population as well. As The Washington Post reported, after the bill was first signed into law, 74 percent of moderate and conservative Democrats supported the law. But now, a survey conducted by the Post and ABC News showed that just 46 percent expressed support, an 11 percentage-point decrease from last year’s results.

Comparatively, liberal Democrats continue to support the Affordable Care Act in high numbers, with 78 percent in favor of the law in the most recent survey. As a party, just slightly more than half of all Democrats — 58 percent — support the law, a decrease from last year’s 68 percent, and the lowest percentage on record.

These results were mirrored in a similar polls conducted by the Kaiser Family Foundation and Fox News. Among the American public as a whole, 42 percent support Obamacare, and 49 percent oppose it — a marked shift from last July, when opinion was split evenly at 47 percent each.

The degree that opinions of Obamacare have worsened is noteworthy, but what is more important is how this shift will affect future success of the reform. Thus far, Senate Democrats have done little to nothing in response to the close to 40 attempts House Republicans have made to defund or repeal the Affordable Care Act. Even in the event that the Democrat party lost control of the Senate in the 2014 midterm elections, Obama would most likely veto any legislation meant to undo or stymie the reform.

Yet skepticism among the American people could harm the very success of the legislation, without Congress even using an ounce of legislative muscle. If the Obama administration’s efforts to educate Americans about the benefits of the insurance exchanges fall flat, and if the exchanges fail to persuade uninsured Americans to purchase coverage on the exchanges, there will be problems.