Syria Is Barely a Blip on the International Oil Market 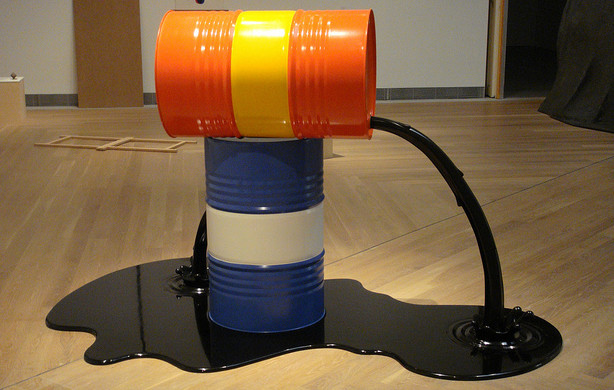 The International Energy Agency said last week it was staying on the sidelines despite the recent spike in crude oil prices. Brent prices are up more than 10 percent since July, when the Egyptian military toppled the democratically elected government. Prices increased more dramatically on speculation that Western military intervention in Syria was imminent. Meanwhile, Libya, one of the region’s largest oil producers, is still struggling to meet global expectations. When Libya descended into civil war two years ago, the IEA called for a release of strategic petroleum reserves. The IEA said it was keeping its eye on the ball this time around but the immediate concern over Syria has little influence on actual oil supplies.

Brent prices are up more than 10 percent from July 1. Since then, the Egyptian military removed Mohamed Morsi from power, Libya declared force majeure because of strikes at oil terminals and Western powers mulled military intervention in response to Syria’s alleged use of chemical weapons on a suburb of Damascus. For August, the price for the international benchmark Brent moved up nearly $8 to more than $115 per barrel in part because of regional unrest.

U.S. Secretary of State John Kerry struck a noticeably presidential tone when he laid out Washington’s case last week for military intervention in Syria. With more than 1,400 Syrians killed in an alleged chemical weapons attack by government forces, Kerry said there was a moral case for action.

“It matters because if we choose to live in a world where a thug and a murderer like [Syrian President] Bashar al-Assad can gas thousands of his own people with impunity, even after the United States and our allies said no, and then the world does nothing about it, there will be no end to the test of our resolve and the dangers that will flow from those others who believe that they can do as they will,” he said.

Military intervention in Syria may have broader implications across much of the region. Given the way in which the Arab Spring spilled out from Tunisia, intervention in Syria has the potential to spark a conflict that extends beyond its immediate borders. Analysts say sectarian conflict in neighboring Iraq has already left one of the main oil arteries to Turkey vulnerable to acts of sabotage. Iran, one of Syria’s strongest allies, may decide to block traffic through the Strait of Hormuz, the conduit for 20 percent of the world’s oil supply. Hezbollah, Syria’s partner in neighboring Lebanon presumably has the ability to take some action that could complicate the broader energy markets. The consequences of Syrian war could potentially create a doomsday scenario for oil markets.

That’s unlikely, however. The Iraqi pipeline to Turkey has been a steady target of sabotage before any talk of military intervention in Syria. Iran hasn’t made any serious attempt to close the Strait of Hormuz since the 1990s. If it did, not only would it handicap its own economy, but the United Arab Emirates opened a land route last year to bypass some of the maritime shipments through the region. Hezbollah, meanwhile, has concerned itself only with Israeli claims to Mediterranean natural gas. All of those factors may be secondary concerns, but its only Libya that poses a serious threat to international oil supplies. Syria’s actual contribution in terms of oil is, for all intents and purposes, non-existent.

When civil war erupted in Libya in 2011, the IEA called on its members to inject emergency reserve barrels into the market. This time around, however, there are few supply concerns, the Paris-based agency said. That’s not to say oil prices won’t react to a Syrian intervention by moving past the $120 mark but, just as with any U.S. military intervention, the consequences should be limited.