T-Mobile Earnings: Aggressive Growth With a Couple of Hiccups 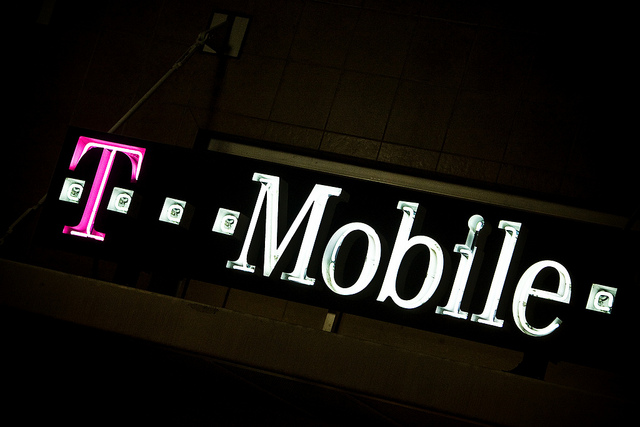 T-Mobile US (NYSE:TMUS) may be the fastest-growing wireless company in the country — “the premier challenger in the U.S. wireless industry,” as it puts it — but Wall Street appears to be less than impressed with the cost of that growth. T-Mobile reported fourth-quarter adjusted EBITDA of $1.24 billion, down 8.8 percent on the year. Revenue increased about 10.3 percent to $6.83 billion, but analysts wanted to see more top-line growth with a mean estimate of $6.95 billion for the quarter.

“Our performance in the fourth quarter and the full year is clearly proving that we have our strategy right and that we are executing it well,” said President and CEO John Legere in the earnings release. “Customers are fed up with the old ways and are voting in favor of choice, innovation and doing business with a company that cares about them and is willing to earn their business. For shareholders, we transformed the Company into a fierce, growing competitor that is changing the wireless industry and creating significant value.”

Legere was referring to T-Mobile initiatives like Simple Choice, which offers customers service without locking them into an annual contract, just one of several strategies that focuses aggressively on the customer. In 2013, T-Mobile unveiled several programs designed to shake up the way that consumers interface with wireless carriers, and customers appear to be buying into the brand. T-Mobile ended the fourth quarter with approximately 46.7 million customers.

T-Mobile did not break out iPhone sales, but the addition of the Apple Inc. (NASDAQ:AAPL) device to the company’s line up couldn’t have hurt. T-Mobile reported 6.2 million smartphone sales in the fourth quarter, accounting for 91 percent of total phone sales for the period.

But despite all this growth, T-Mobile is suffering the pains of intense competitive pressure from industry titans like Verizon Communications Inc. (NYSE:VZ), AT&T Inc. (NYSE:T), and Sprint Corp. (NYSE:S) T-Mobile’s average branded post-paid revenue per user (ARPU) slipped sequentially, falling 2.9 percent to $50.70, “primarily as a result of the continued rapid adoption of Value and Simple Choice plans, which deliver lower monthly ARPU due to lower service charges compared to bundled equipment and service plans.” That is, primarily because T-Mobile has had to position itself as a nimbler, lower-cost alternative in order to stay competitive with its larger competitors. Branded pre-praid ARPU did increase slightly, though, climbing 0.4 percent to $35.84 on the quarter.