Tattoos in the Workplace: Will Ink Sink Your Career? 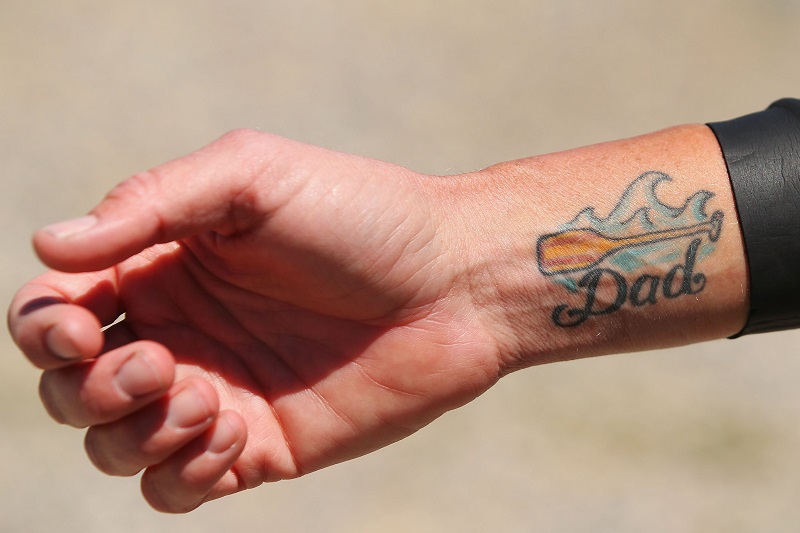 It seems like everybody has a tattoo these days. Once reserved for society’s more rebellious factions — bikers, convicts, members of the military, etc. — ink has gone mainstream. So much so that even presidential candidate Ted Cruz, a very “traditional values” oriented type of guy, has used them in his press and marketing material. Clearly, tattooing has gone mainstream, but that doesn’t mean that everyone, including hiring managers, has jumped on board.

According to an NBC News/Wall Street Journal poll from 2014, 40% of households have someone with at least one tattoo living in them. Compare that to 21% in 1999, and it’s obvious that many Americans are jumping on the tattoo bandwagon. But again, despite the increase in popularity, tattoos are far from being universally accepted, particularly in the workplace. “Tattoos literally change your career,” a bakery worker in Chicago told NPR. “They call them ‘job stoppers’ for a reason.”

The fact is, there is still a lot of stigma surrounding tattoos. Though some probably view them as rather commonplace, many people associate them with ignorance, or even maliciousness. There are many examples to the contrary, and even though it may be perceived in a bad light, or actually impact their careers, relatively few people regret getting inked.

But that’s the real question here: Just how big of an impact can a tattoo (or tattoos) have on your career prospects? A new infographic, with some rather detailed information, is providing some answers.

Skinfo, an Illinois-based skincare boutique, recently posted the infographic on its blog in a post titled “Tattoos in the Workplace: The Good, The Bad, and The Ugly.” The headline figure from the post, which draws on research from a number of sources, is that more than one-third of hiring managers (37%) cite tattoos as one of the major factors that can set your career back.

Given that roughly 45 million Americans have a tattoo, that means there are potentially a lot of careers hitting snags due to ink. And when you dig further into the numbers, it doesn’t get much prettier.

The real contrast comes in how people of different age groups view tattoos at work. For example, 63% of people over the age of 60 feel that visible tattoos are inappropriate in the workplace, compared with 22% of those between 18 and 25. That makes sense, but you have to remember that the people leading companies, or who are in positions to hand out jobs, are likely going to be over the age of 25.

There’s an educational rift, as well. Forty percent of people who did not complete high school have a tattoo, according to Skinfo’s data, while just 14% of those who have completed college or graduate school do. So, there is some truth fueling some of the stigma attached to body art. This, of course, doesn’t necessarily mean that people who have tattoos are dumber, by any means. But the numbers do show us there is an educational gap, and that body art is being used as an identifier by some HR managers.

In short, here’s the good news — 73% of people say they would hire staff with visible tattoos. So, if you’re already inked up, the numbers are on your side. And that number jumps to 94% if the person doing the hiring has tattoos themselves. As for the bad news, there are no legal protections anywhere in the U.S. for tattooed workers. That means employers can and will discriminate, which can cost you a job or promotion. And depending on what part of the country you live in, the chances can increase (sorry, Southerners!).

The message here is pretty striking: If you want to get a tattoo, it’s probably not going to hurt you. But you’re much better off getting one in a place that can be easily covered up, and the tattoo itself concealed. That means passing on tattoos on your face, neck, or hands. If you’re able to cover it up, there’s really no reason to worry at all — the only way any of your co-workers or managers will manage to see it is if you show them, unless you suffer a wardrobe malfunction of some kind.

To see the infographic in its entirety, and read more about tattooing and related skincare, checkout Skinfo’s blog.