Do You Know How Much You’ve Paid For America’s Wars Since 2001? 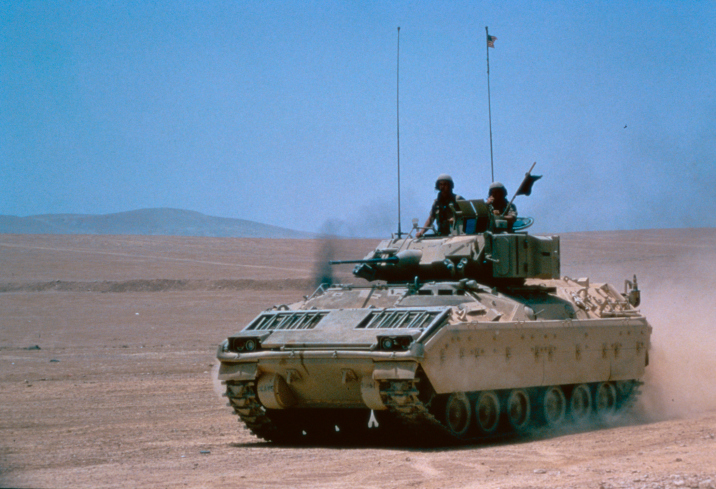 If you know anything about the United States military, it’s that it’s expensive. Very expensive. We have the highest budget for defense spending in the world, and by a long shot. There are reasons for that, of course. We have a web of alliances and treaties with other nations and have slid into the role as a policeman for most of the world. Generally speaking, if a country acts up, we use our military might to make sure it doesn’t get out of hand.

It does get out of hand sometimes, though, and we can get dragged into conflicts we probably should have stayed out of. Vietnam is one example. Iraq is another. But those are arguments for a different time. The point is that these conflicts — especially the ongoing, sustained conflicts like that in Afghanistan — are incredibly expensive. And you, the American taxpayer are on the hook for all of it.

We’ve really seen the expenses mount up after 2001, too. Following the terrorist attacks on the World Trade Center on September 11, 2001, the U.S. became much more active around the world, militarily speaking. We’ve been involved in wars in Iraq, Syria, Afghanistan, Pakistan, and many other countries. The War on Terror has been incredibly expensive for us and may have done some good (and bad), but for the average Joe, it’s hard to see the benefit.

That’s where we get back to how much you’re paying for all of it. We’re still at war, even if it doesn’t feel like it. Our troops are all over the world, and they require funding to keep going. On the following pages, we’ll look at how much the post-9/11 wars have cost you, the taxpayer, according to two different analyses: One from the Pentagon, and another from Brown University.

The differences will astound you. 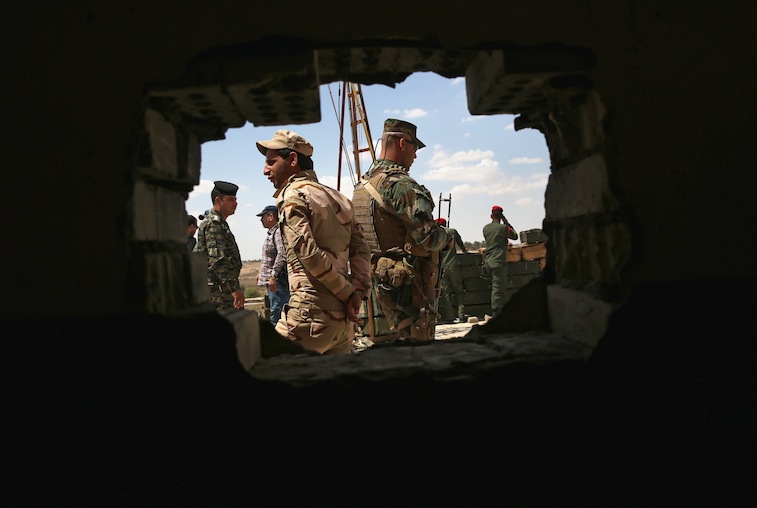 You think $1.46 trillion is bad, wait until you hear the actual number. | John Moore/Getty Images

The U.S. military has been very busy in the post-9/11 years, and it hasn’t been cheap. The Pentagon publishes cost estimates every so often, with the most recent having been released in June 2017. From that estimate, we get a grand total of $1.46 trillion in military spending since 2001. The 74-page report lists three “current contingencies” and two from the previous year — you can read these as ongoing conflicts or operations — which make up the bulk of the spending.

But the Pentagon’s total isn’t incorporating the total costs.

Next: What outside studies estimate as the “real” cost of those wars. 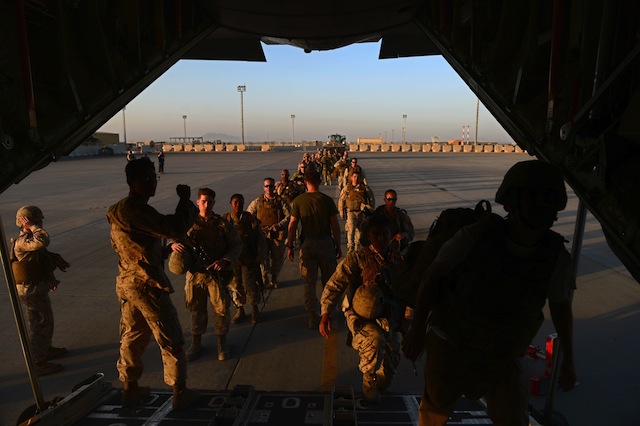 A separate report estimates the real cost is over $5 trillion. | Wakil Kohsar/AFP/Getty Images

When you add in the externalities, the price is significantly higher. The “Costs of War” project from the Whatson Institute at Brown University shows that the real costs are actually around $5.6 trillion. The difference, from the report:

“The difference between this Costs of War Project estimate and other estimates is that it includes not only Pentagon/Department of Defense military spending, but other war-related costs, including war-related spending by the State Department, the Department of Veterans Affairs, and Homeland Security. Further, as with previous reports, this report notes that every war costs money before, during and after it occurs — as governments prepare for, wage, and recover from armed conflict by replacing equipment, caring for the wounded and repairing infrastructure destroyed in the fighting.”

So, adding in all of the extra war-related costs — not just those involving warfare operations on the ground — makes the total swell.

Next: How much have these wars actually cost YOU? 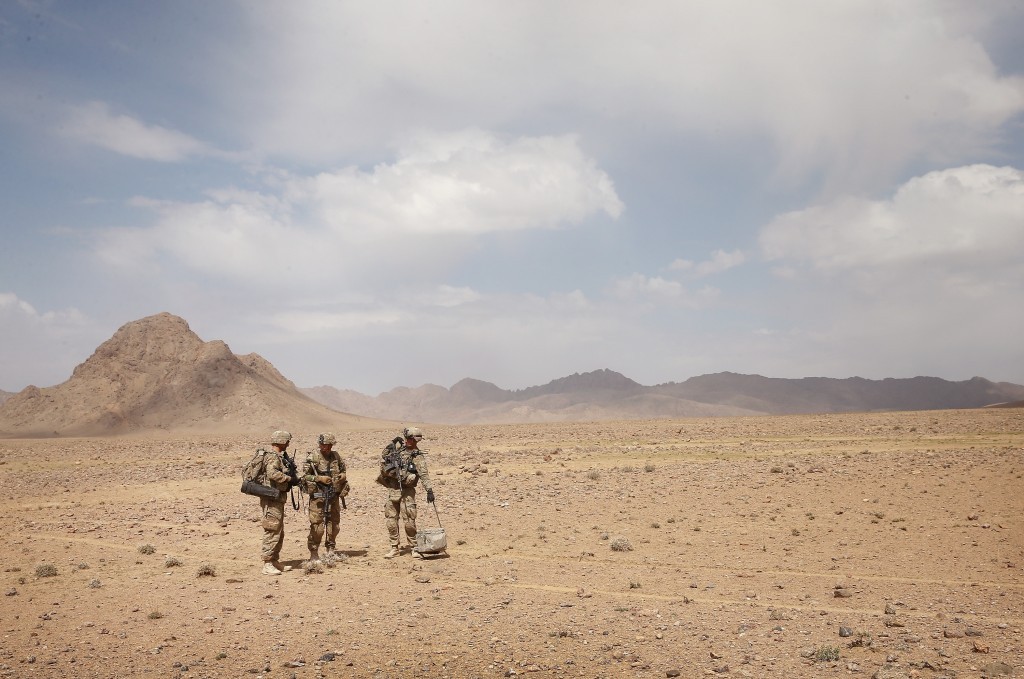 The average taxpayer spends over $20,000 on these wars. | Scott Olson/Getty Images

The Pentagon’s official report says that the average taxpayer has paid $7,740 for America’s conflicts over the past 16 or 17 years. But the report from the Whatson Institute shows that those costs have been significantly higher: $23,386. That means that the average American has spent tens of thousands on these wars from their own pocket, on top of all the other taxes they’ve paid. And the striking difference between what the Pentagon says you’ve paid and the actual costs is also jarring.

Next: Where all of that money goes.

Where does it all go? 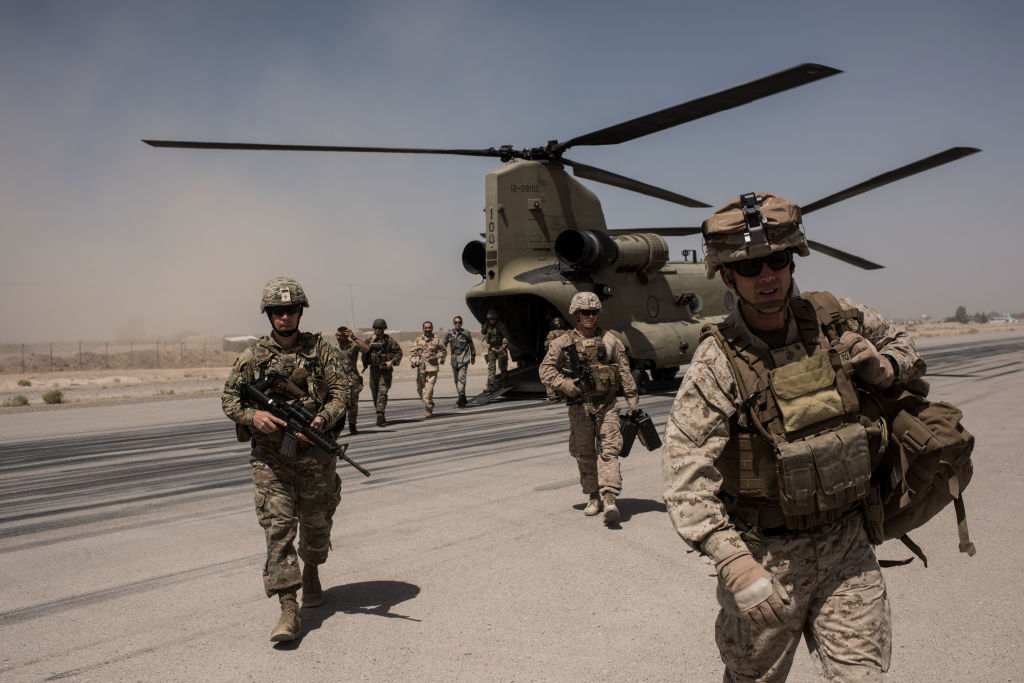 The years of war have added up. | Andrew Renneisen/Getty Images

It’s hard to say, specifically, how all of that money is spent. Obviously, it goes toward all sorts of operations. But it gets harder to tell the further you drill down. The Pentagon report says its spent in three key ways: “War-related operational costs”, “support for deployed troops”, and “transportation of personnel and equipment.” Obviously, this excludes the other things that the Whatson report accounts for, like health care and administrative costs. So, in a very general sense, you could really just classify it all as “military spending”, though that isn’t really a satisfactory description.

Next: Why you shouldn’t expect an end to the war to stop the spending spree.

“When wars end, the costs don’t stop, they grow.” 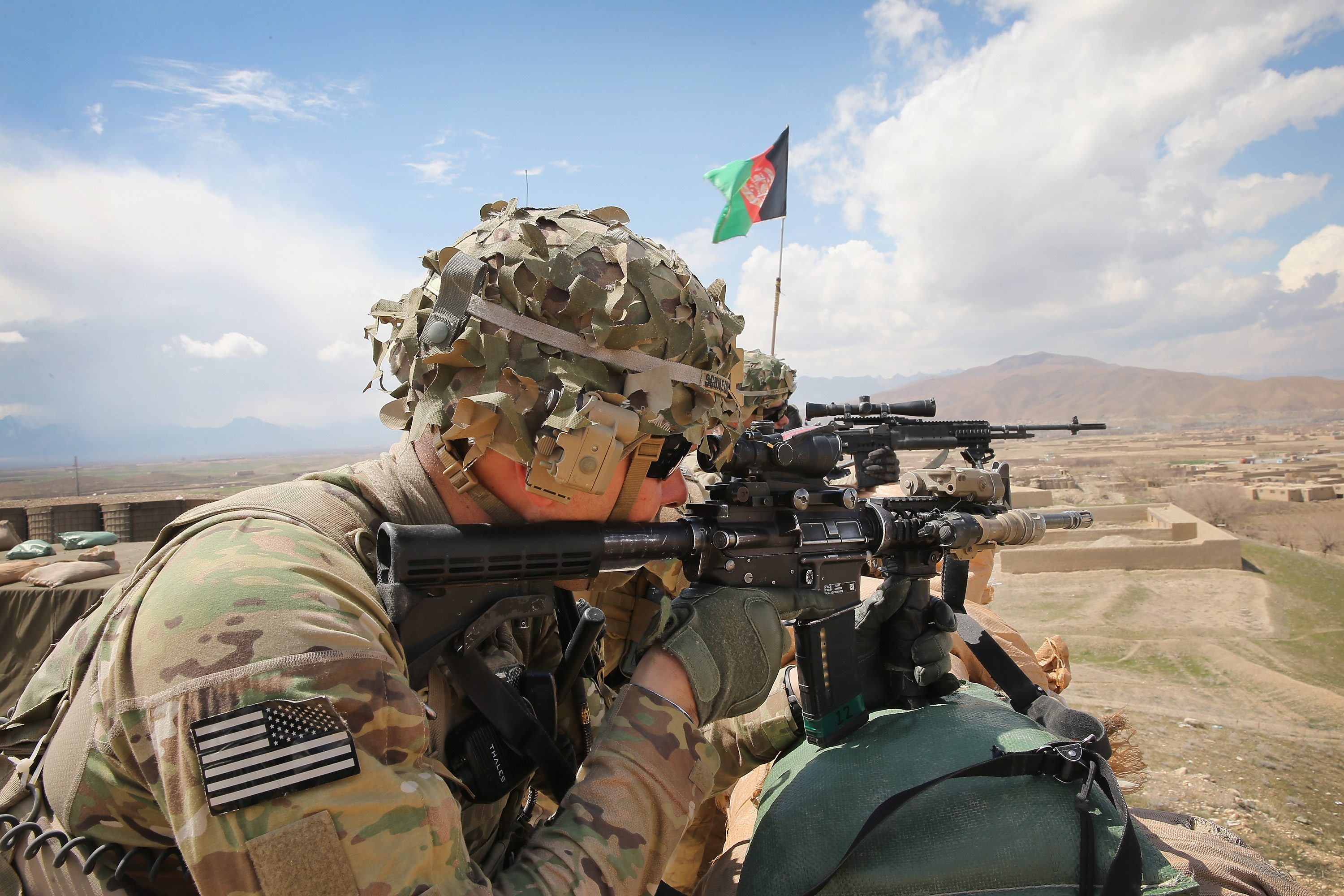 The U.S. has been spending in Afghanistan for 15 long years. | Scott Olson/Getty Images

If you were hoping to see military spending ramp down, you’re in for some disappointment. As wars go on — like in Afghanistan, now America’s longest war, which has been ongoing for more than 15 years — the costs grow. Neta Crawford, author, and co-director of the Costs of War Project spoke to Buzzfeed regarding the project and said that wars actually get more expensive the longer they drag on. “When wars end, the costs don’t stop, they grow,” she said. “And these wars are being paid for on a credit card. That means that the next generation will have to pay for them.” 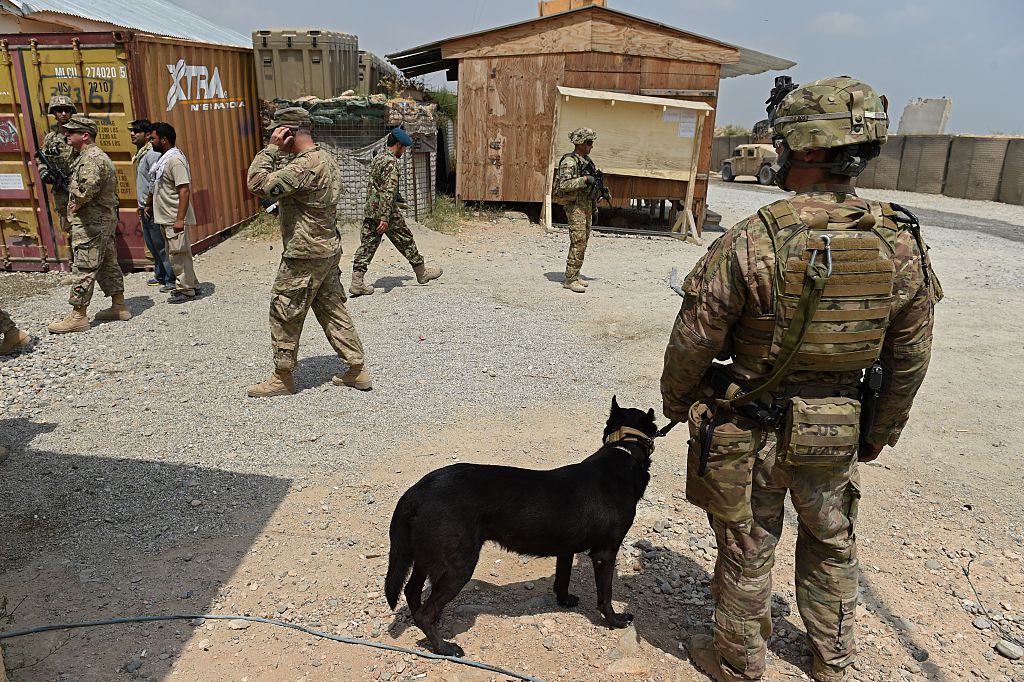 Again, don’t get your hopes up for a drop in military spending. The budget for next year, 2018, is as high as ever, as the president has requested almost $640 billion. Of that, “$574.5 billion in the base budget and $64.6 billion in the Overseas Contingency Operations (OCO) budget.” If some other conflicts were to break out, in North Korea or further issues in Syria, for example, that total would probably rise even more.

Finally: We’re ramping up military spending — not scaling down. 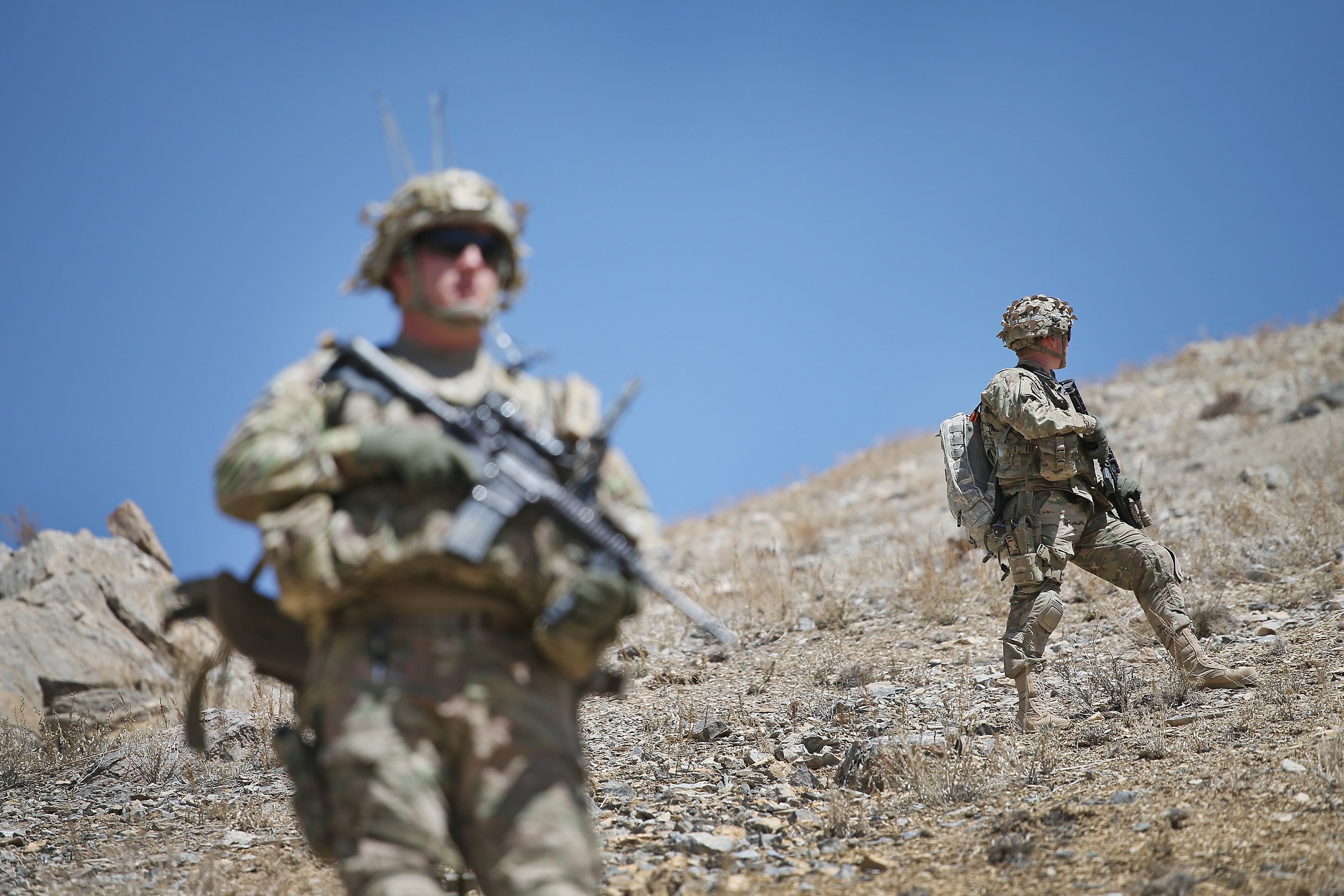 Next year’s budget request also represents another troubling (and expensive) turn — Trump is actively increasing military spending rather than slowing it down. And Congress wants even more than the president. We recently passed a $700 billion defense spending bill, and Trump’s own requests have accounted for as much as $15 billion more in spending than Obama. Congress, too, wanted $37 billion more than Trump.

If you were hoping to see a reduction, curb your enthusiasm.