Ted Cruz in the Crosshairs: Study the Past to Know the Present? 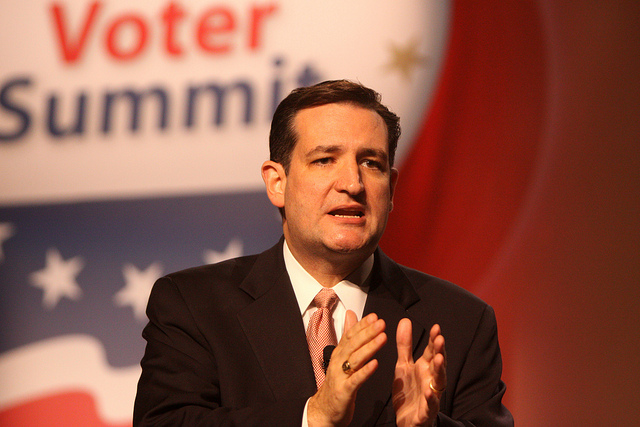 Politicians can be enigmas. Their antics, nature, and personality can baffle or amuse the citizens they serve. The higher they reach in terms of public office, the more the news media dissects their past, laying out who they are in photos from the past, as well as interviews with former associates, friends, or professors. It is part of public life, and increasingly, Senator Ted Cruz (R-Texas) finds himself and his past under the media microscope.

A snapshot of Cruz’s law school years in the Boston Globe provides just that. By interviewing former classmates and professors of the Senator, it tries to weave together his background in order to understand his formative years. Cruz told the paper that law school provided the training he needed for political life in Washington, D.C., but he has since toned down. “I suspect I was not the first 21-year-old who thought he knew more than he did,’’ he remarked.

In Cruz’s last year of law school, Ted Ruger was Harvard Law Review‘s president. Of Cruz’s combative nature, Ruger said there was no “off switch” to his debating style, adding, “We just realized that was the way a discussion with Ted was going to go. If you expected something different, you came away shaking your head.”

It is a trait that some will still see traces of and wonder if it was toned down. John Dickerson at Slate spoke to several Republican officeholders and staff members in the Senate. He found that they believe his antics in the government shutdown were to further his own political goals, such as a presidential run in 2016. It wasted time, weakened the Republican position, and furthered a bad brand image of the GOP.

Asked by Jay Leno on the Tonight Show about being viewed as ”aggressive, arrogant, and abrasive,” Cruz brushed off the rebuke. ”Well, I don’t know that you can believe everything you read,” he responded, “You know, what I’m trying to do is my job, and occasionally people don’t like that.”

Cruz told the Boston Globe that, “Going to school on a campus where the faculty overwhelmingly disagrees with you, and where the student body overwhelmingly disagrees with you, is challenging.” This can unravel without a strong foundation of beliefs according to Cruz. He may have found it a challenging culture, but it did not stop Cruz from standing out in his class.

Harvard Law Professor Alan Dershowitz classes Cruz a “natural leader” along with President Barack Obama and Justice Elena Kagan. “There are students who come in with charismatic qualities who other people follow. He was one of them.” Fellow classmates saw self-assurance and risk-taking as part of Cruz’s personality. A friend of Cruz, Alexander Acosta, said that when playing poker, Cruz “would go all in sometimes and you’d never know if he’s bluffing.” Acosta identified it as his being “someone who’s willing to take risks.”

Cruz also told Leno that he feels “incredibly privileged” to have the chance to stand up and fight against the “huge challenges in this country.” If the past is any indication of the future, Cruz will not be willing to back down from his beliefs, no matter how unpopular, or challenging the political climate is.