The 10 Richest Leaders in the World 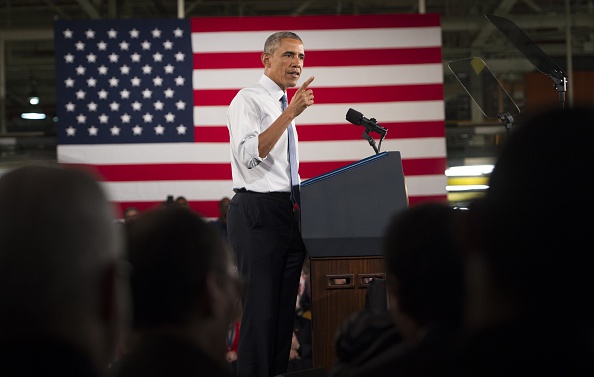 We love to know how much our elected leaders make, and thankfully in the U.S., it’s public information. In fact, some of our politicians are among the richest individuals in the country. But that’s not the case in every instance. For example, the Bush family comes from a wealthy background — president Obama does not. The influence that wealth and money have on the political system is undeniable, but is a bit more complex than most would suspect.

President Obama earns a salary of $400,000 per year. That’s not a small amount, but it’s truthfully not very much considering that serving as POTUS may be the most difficult job on the planet. For comparison, Xi Jinping, president of the People’s Republic of China, earns a measly $22,000 per year. That’s a massive rift between the two, especially considering that the U.S. and China are home to the world’s two largest economies.

Presidential salaries are a tricky subject to tackle, as taxpayers may feel that public servants should come at a discount. After all, it’s their tax dollars paying these people’s salaries, and if someone is serving as president that you don’t particularly like, it’s easy to think that a salary of $400,000 is way too much. But on the other hand, there’s plenty of reason to think that the POTUS is underpaid, and significantly.

In his book Republic, Lost, Lawrence Lessig makes the case that by paying our political leaders more, we will attract better candidates. This is exactly how it works in the private sector. If you want to attract top talent, you have to pay top dollar. Also, paying politicians more may be a way to stamp out corruption. Leaders from less-wealthy backgrounds are the ones who may be most susceptible to bribes or kickbacks, rather than those who already have money.

Obama’s salary of $400,000 is relatively meager compared to what he could be earning in the private sector, and what he probably will be earning in a few years. But how does it stack up internationally? It definitely puts him onto the top ten list of the world’s highest-earning leaders, but still a far cry from the top.

That entire top ten list, which can be seen below, is topped by Lee Hsien Loong, the prime minister of Singapore, who earns $1.7 million USD. That’s four times as much as Obama earns, for a job that comes with significantly less responsibility and headaches. Now, compare that $1.7 million salary to Xi Jinping of China’s $22,000, and it’s clear that different nations have very different philosophies on how leaders should be paid.

The rest of the top ten list mostly consists of leaders from western nations — concentrated in western Europe, along with Australia and New Zealand. If there is one big surprise, it’s probably Jacob Zuma of South Africa, who earns $272,000 USD annually. The other wildcard is Cy Leung, who is the leader of the Hong Kong Special Administrative Region in China. Hong Kong operates in a sort of strange gray area within China, and seeing as how Leung earns what really amounts to an otherworldly salary (more than even the POTUS), adding his name was debatable, but seemed prudent.

Check out the whole list below, compiled using a few different sources, including Statista’s numbers, a top 20 list from Richest Lifestyle, as well as information from specific governments. Here are the top ten highest-paid world leaders on Earth: