If you have a social media account, then you’ve probably received a message from an old friend you haven’t spoken to in years. But usually that person isn’t reaching out because they miss you — they’re trying to rekindle your relationship so they can sell you something.

Multi-level marketing (MLM), also known as direct selling, is a strategy that some companies use to peddle their products. Consultants get paid by selling the product directly to friends and family in addition to recruiting new sellers into their “downline.” There are no physical store locations for this type of merchandise — if you want to order your leggings or anti-wrinkle cream, you have to call up your local sales rep.

Not all MLM companies are pyramid schemes — but many are universally reviled by both the people who work for them and the potential customers who are sick of constantly being pestered by friends to buy the products. Ahead, discover the most hated multi-level marking companies today — including the one with a billion dollar lawsuit pending (number 7).

One of the most common complaints about MLM companies is that new consultants have to fork over a lot of money to pay for initial inventory. One of the worst of these is the direct sales company LuLaRoe, which forces new recruits to buy $6,000 worth of inventory just to get started. The apparel retailer is known for their wacky prints and patterns, but consultants can’t choose what they like — they get whatever version the company feels like sending and are then expected to sell it.

LuLaRoe currently has more than a dozen lawsuits pending from disgruntled former consultants.

You may remember Rodan + Fields in their former iteration when they sold acne medicine via infomercial. Or when Estee Lauder bought the brand and sold the products in stores. Now they tempt stay-at-home moms with promises of lucrative, flexible careers, free vacations, and six-figure incomes. All they need to do is sell some upscale skin care products via direct sales.

The company is currently facing a class action lawsuit regarding the unfair marketing of their Lash Boost eye serum. The $150 product was apparently sold without proper disclaimers for side effects, which could include “change(s) in iris color, eyelid drooping, itchy eyes, eye/lid discoloration, thinning and loss of eyelashes/loss of eyelash hair, eye sensitivity, eye infections, and vision impairment.”

Want proof that people hate Herbalife? The Federal Trade Commission mailed checks to 350,000 people who lost money running Herbalife businesses. This is one of the largest settlements and distributions the agency has ever made.

While they were never officially called a pyramid scheme, the PR disaster forced the company to restructure and seriously rethink their marketing efforts. The majority of profits came from recruiting new sellers, not from selling product. And that is the very definition of a pyramid scheme — whether they admit it or not. 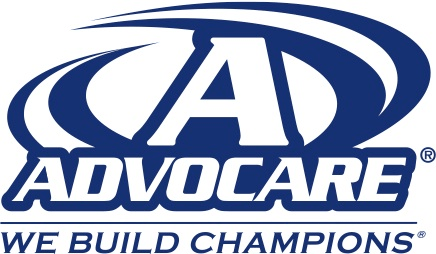 They may have professional athletes like Drew Brees promoting their products, but that doesn’t mean you should believe all of AdvoCare’s claims. This MLM company sells shakes, supplements, and pills. In order to succeed with AdvoCare, as with others, you need to recruit more people to sell the same products. Constantly hitting up your family and friends to buy stuff from you can cause some tense relationships. The thing about most skincare products is that with enough convincing before and after photos, you’re bound to convince some of your friends and family members to at least give it a shot. But when Nerium is the skincare system you’re pitching, you better hope those friends have some deep pockets.

Nerium is expensive compared to the competition, with complete anti-aging regimens costing $250 or more. Critics also question the use of white oleander, a toxic plant. It makes the sales reps’ jobs that much harder — even if they do manage to recruit a large downline.

Monat reps like to shake their stunning tresses, claiming this miracle hair care system can help anyone achieve the same. Meanwhile, the company is plagued by lawsuits asserting that the product causes balding, itchiness, hair loss, and scalp irritation. So in this case, it’s not just the selling tactics that make people hate it — it’s the actual product.

The class action lawsuit against south Florida-based MLM Jeunesse is big — like billion dollar big. The lawsuit states that the founders, top-level sales reps, and executives are operating an illegal pyramid scheme that’s made to look like an innocent direct sales company.

If dropping pounds was as easy as wearing a wrap or drinking a shake, no one would be overweight.

Consultants for It Works! frequently employ before and after photos highlighting unbelievable results. They claim that customers can minimize the appearance of cellulite, tighten loose skin, and achieve lasting weight loss results in as little as 45 minutes. The one thing they don’t mention? The fact that dietary supplements aren’t regulated by the FDA. So even if they don’t work, customers wouldn’t know about it.

Direct sales essential oils are big business. These natural plant compounds are marketed to solve a myriad of ailments, from insomnia to depression to the common cold. But is DoTerra the miracle cure they claim to be — or a nightmare for sales consultants?

Critics question whether claiming the oils are “certified therapeutic grade” or if that’s just a made-up marketing term. In either case, you don’t need someone selling you essential oils via Facebook — you can find them at your local health shop just fine on your own.

The largest and oldest MLM also has some of the biggest critics. Amway reported sales of $8.6 billion in 2017, making it a bona fide direct sales success story. But not everyone is thrilled with what they’re selling — or how they’re selling it.

MLM companies often tout flexibility and the opportunity to get rich quick. But Amway distributors aren’t always successful. One former rep put it this way:

“The two years I was supposedly building my Amway business, I lost nearly $10,000 on tapes, seminars, books, gas, and travel expenses for out-of-town seminars. My earnings? Less than $500 total. Since I was unemployed — and pretty much unemployable for any nonburger-flipping job — those $10,000 came exclusively from my grandmother, who was also my biggest (and only) Amway customer, buying expensive, ‘concentrated’ Amway products she didn’t need, every month to support me.”

Primerica sales agents are encouraged to start selling to their “warm market,” including close friends and family members. Some critics of the company claim that reps are underqualified and ill-equipped to sell complex financial products like life insurance.

The company was hit with a lawsuit in 2012 claiming that company reps were targeting certain professions, such as teachers and public workers, with high-risk retirement products. The company had to pay over $15 million to settle 238 lawsuits.

Company critics claim that “presenters” use a script when they’re trying to pitch the company to new recruits. They may promise all kinds of incentives, but like most other direct sales companies, the sales team mostly gets paid by recruiting new people to sell the products.

While many customers love the product, the sales tactics are often shady at best. Can you find high quality makeup elsewhere? Probably.

If you’ve seen someone wearing a curious looking sticker on their skin, you may have come in contact with a Le-Vel brand promoter. If you believe that vitamin nutrition patches are just what you’ve been missing in your life, then go ahead and strike up a conversation with them.

The company sells these patches to help with weight management, mental clarity, increased energy, improved circulation, and appetite control. Do they work? That’s for you to decide — but it won’t be cheap to find out. Like other MLM companies, the more people you recruit to sell magic vitamin patches, the more you earn.

Just because they’ve been around for decades it doesn’t make them legit. Nu Skin was investigated by the Federal Trade Commission (FTC) in the early 90s after allegations that they overstated earning potential for salespeople and used other deceptive marketing practices. They had to pay settlements to five states.

Despite these lawsuits and general mistrust of the company, they continue to recruit new sales reps to promote their products. Direct sales companies are more popular with women than they are with men — in fact, 75% of all industry consultants are female. Arbonne skin care products have been around for a long time and they have a huge fan following, but they also have quite a few haters.

After coming back from bankruptcy in 2009, the company is currently stable. Still, the high cost of products plus the unlikelihood of making significant money selling it makes this brand one of the most hated.