The 15 Richest Actresses Of All Time

Wage inequality includes all industries, including Hollywood. Mark Walberg received a fat payday of $5 million for All the Money in the World, Vanity Fair reported. Meanwhile his co-star, Michelle Williams was paid $625,000 for appearing in the same film.

While the pay gap is quite apparent in Hollywood, these actresses are making bank. These are some of the wealthiest living actresses, according to GoBankingRates. Did you see No. 4 or 1 coming? 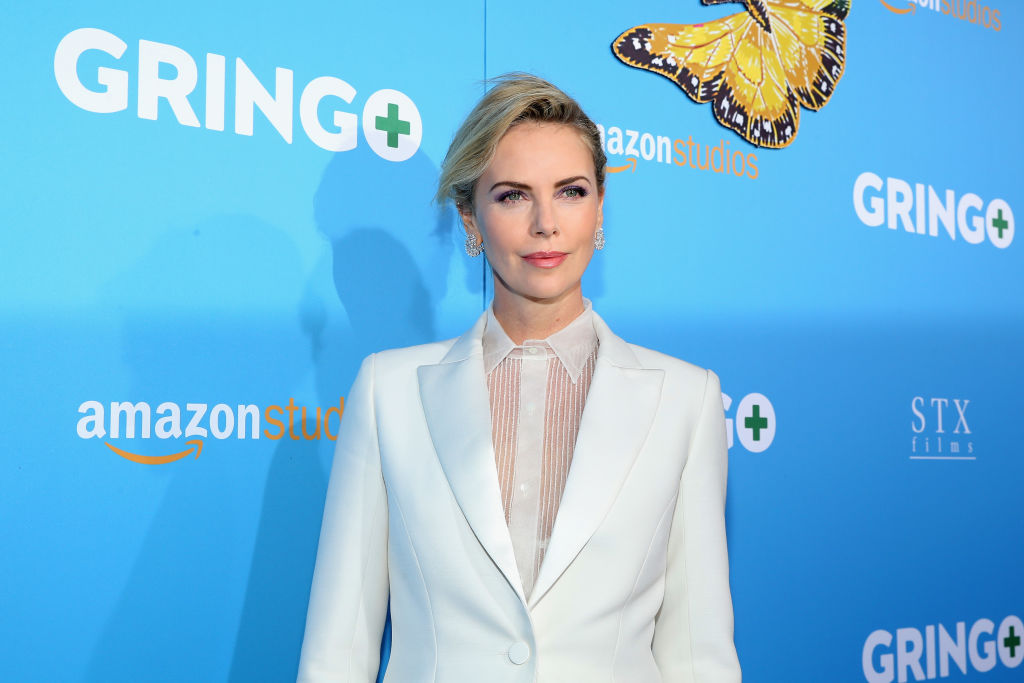 Originally from South Africa, Theron became a well-known American actress in her role of Tina Powers in That Thing You Do! More films quickly followed including The Devil’s Advocate, Mighty Joe Young, Cider House Rules, and Monster, for which she won an Oscar and a Golden Globe. Theron originally studied to be a ballet dancer and worked at the prestigious Joffrey Ballet in New York before getting her break in acting.

Next: She is best known for her role in this popular sitcom. 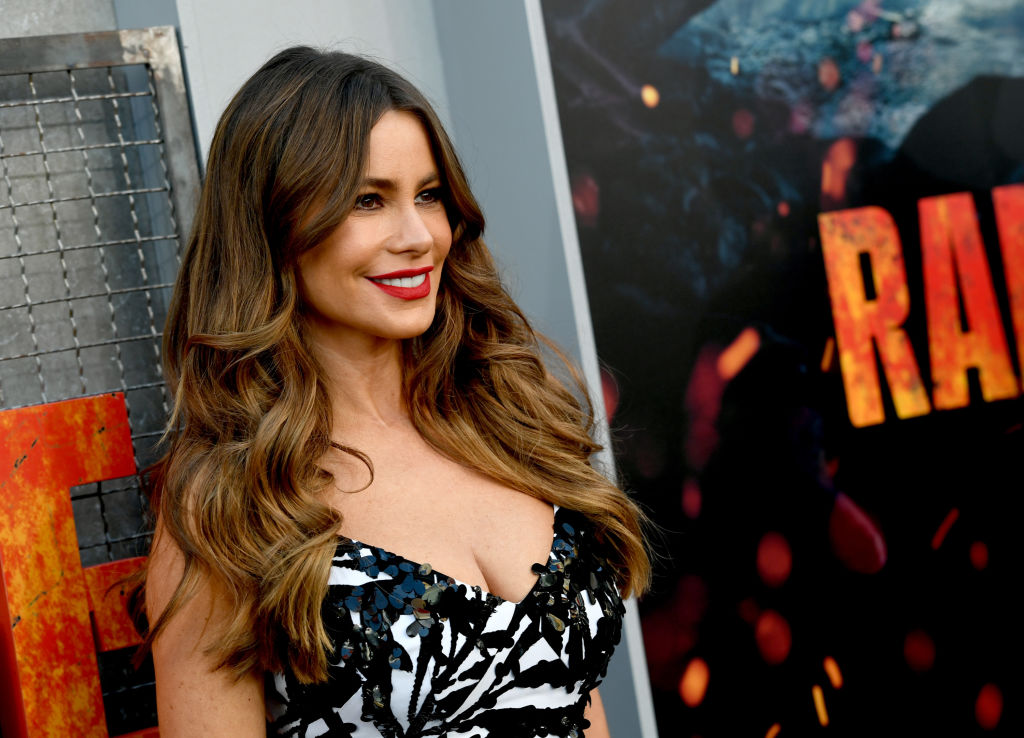 Widely known for her role as Gloria in Modern Family, Vergara was discovered on a beach by a photographer, according to her IMDb. She started as a model and landed her first role on the silver screen in Big Trouble. Her big break came when she scored the iconic role on Modern Family, receiving four Emmy nominations for Outstanding Supporting Actress in a Comedy Series.

Next: She had no acting experience prior to landing this big part. 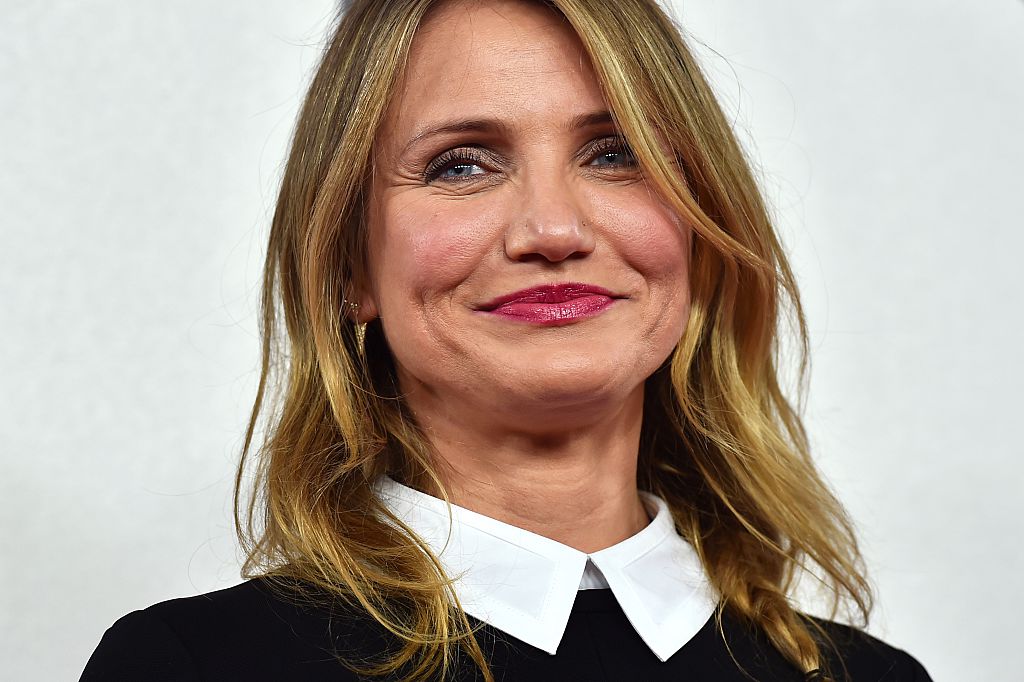 Diaz recently announced she’s retiring from doing movies, CNN reported. However she leaves a lengthy list of hits including There’s Something about Mary, Charlie’s Angels, and the Shrek series. Her career began in modeling before landing a main role in the film, The Mask, according to her IMDb. She had no acting experience prior to securing the part, but must have made waves. She’s worked continuously ever since.

Next: This actress has an unusual beauty routine. 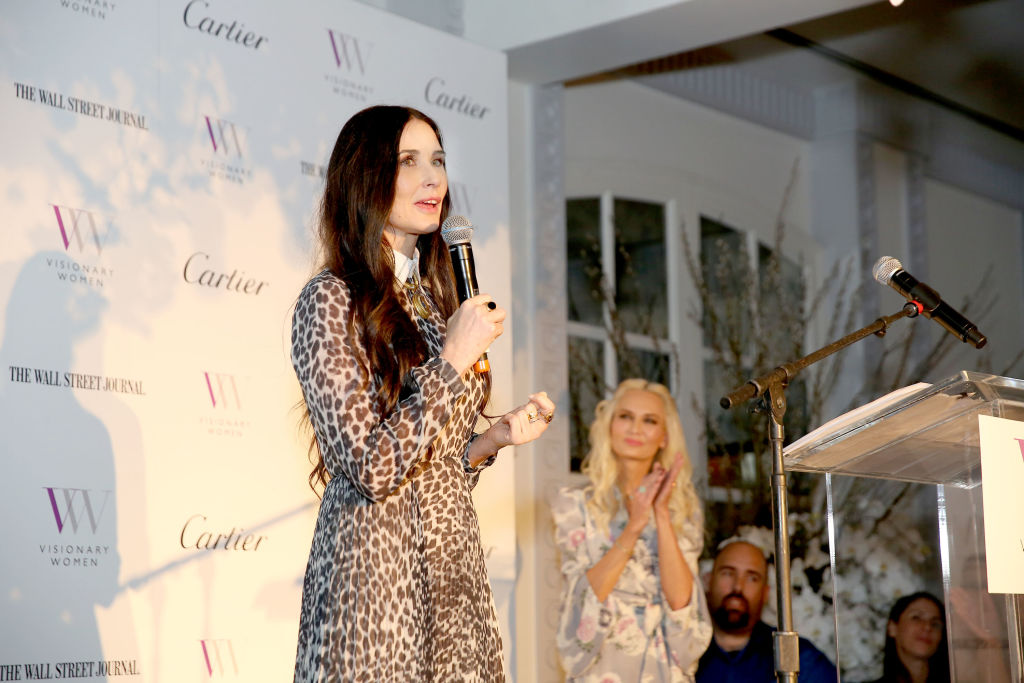 Moore was part of the original 1980’s “brat pack” starring in films like About Last Night and St. Elmo’s Fire. Moore caught the acting bug when she received a recurring role on soap opera, General Hospital when she was only 19, according to her IMDb. From there, she snagged starring parts in Ghost, A Few Good Men, G.I. Jane, and many more. She won a number of People Choice Awards, a Film Independent Spirit Award and an MTV Award.

Next: Her salary supports quite a few kids. 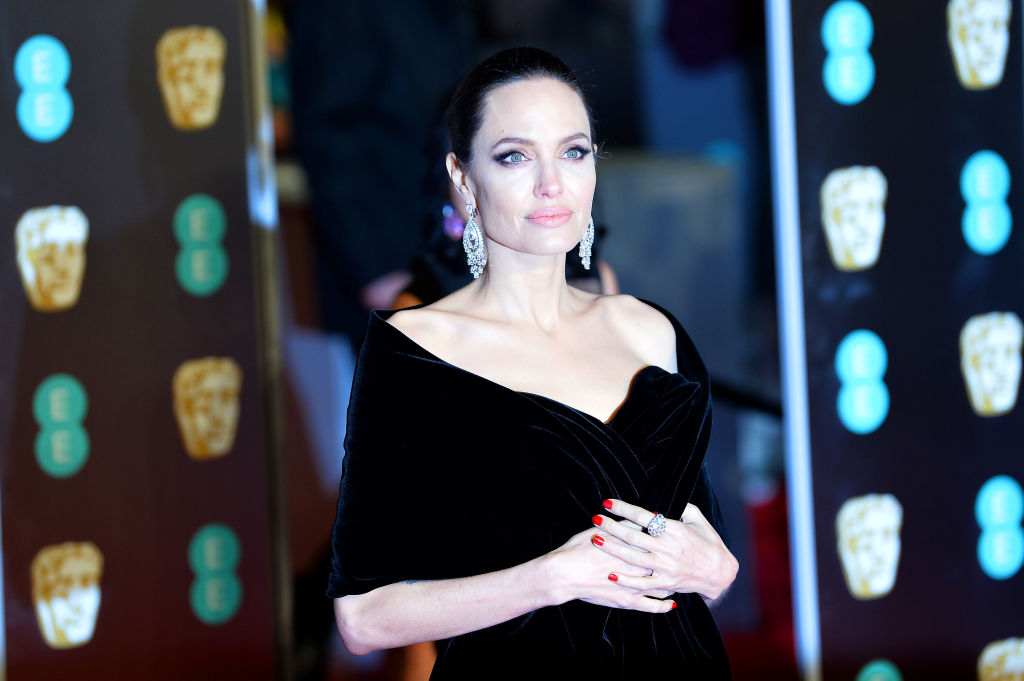 Originally Jolie was a Hollywood bad girl until becoming Goodwill Ambassador for the United Nations High Commissioner for Refugees, her IMDb stated. Jolie comes from actor parents and grew up around the industry. Films include Mr. and Mrs. Smith, Salt, Maleficent, and Girl, Interrupted, for which Jolie won a Golden Globe and Oscar. Jolie also won a Golden Globe for her portrayal of model Gia Carangi, who died of AIDS.

Next: From Disney to a wrecking ball.

The daughter of country singer Billy Ray, Cyrus got her big career break as the Disney darling, Hannah Montana, IMDb cited. After years of portraying Hannah Montana’s squeaky-clean image, Cyrus busted out of the role with provocative new music and clothing. Her single, “Wrecking Ball” portrays Cyrus wearing either skimpy underwear or nothing at all. Since then she’s come full circle, going back to basics and growing up, Harper’s Bazaar reported.

Next: She’s a pretty woman. 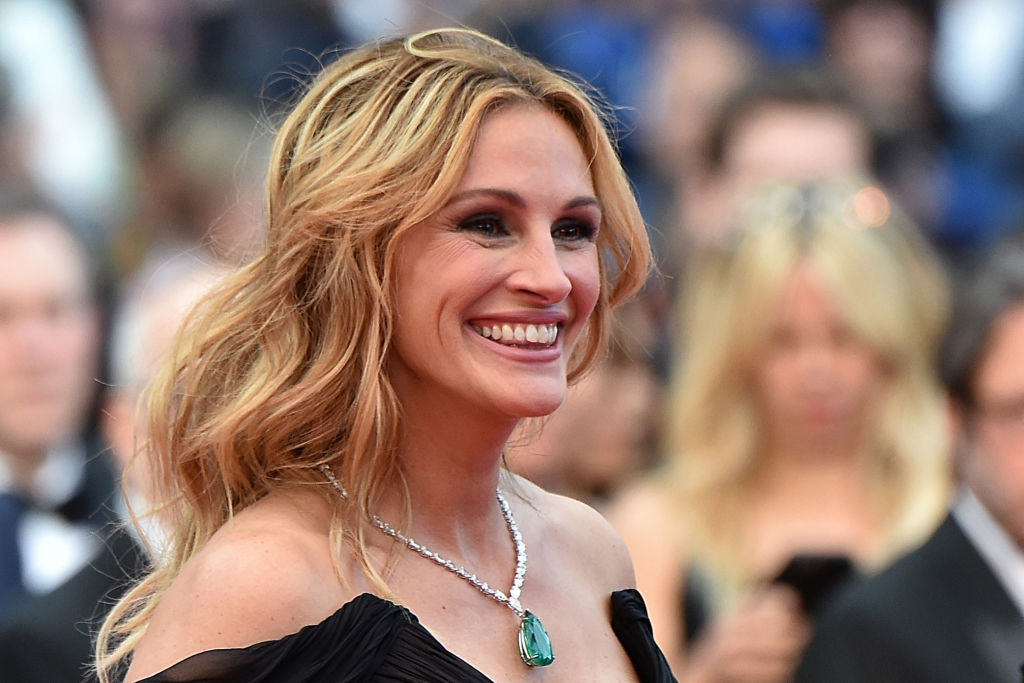 From Notting Hill to Pretty Woman, Roberts is a celebrated American actress thanks to her iconic roles. Roberts got her big break as part of an ensemble cast in Mystic Pizza. Her breakout role in Pretty Woman came shortly after and then the hits kept coming. She won a Golden Globe and an Oscar for her lead role in Erin Brockovich, plus she won Golden Globes for Pretty Woman and Steel Magnolias.

Next: She’s the daughter of another famous actor. 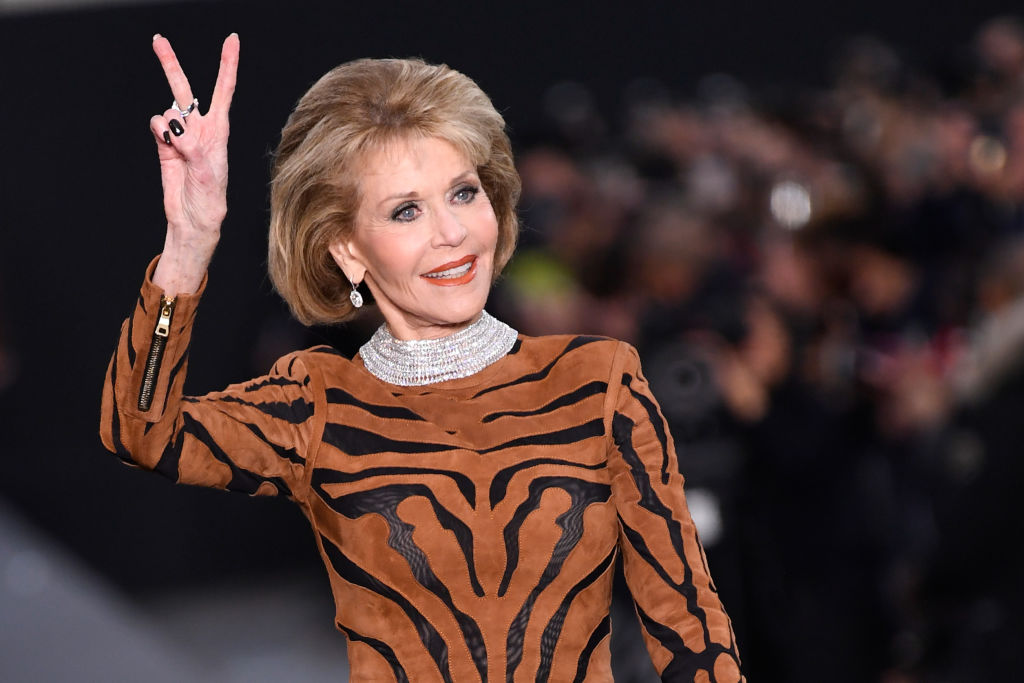 The daughter of star Henry Fonda, Fonda’s career began in 1960. She quickly rose to fame and landed two Academy Awards for her performance in Klute, according to her IMDb. She also won a Golden Globe for performances in Julia, Klute, and Coming Home. Her groundbreaking performances in films like The China Syndrome and On Golden Pond anchored Fonda as being one of the top actresses in Hollywood.

Next: Her character’s dance style is iconic. 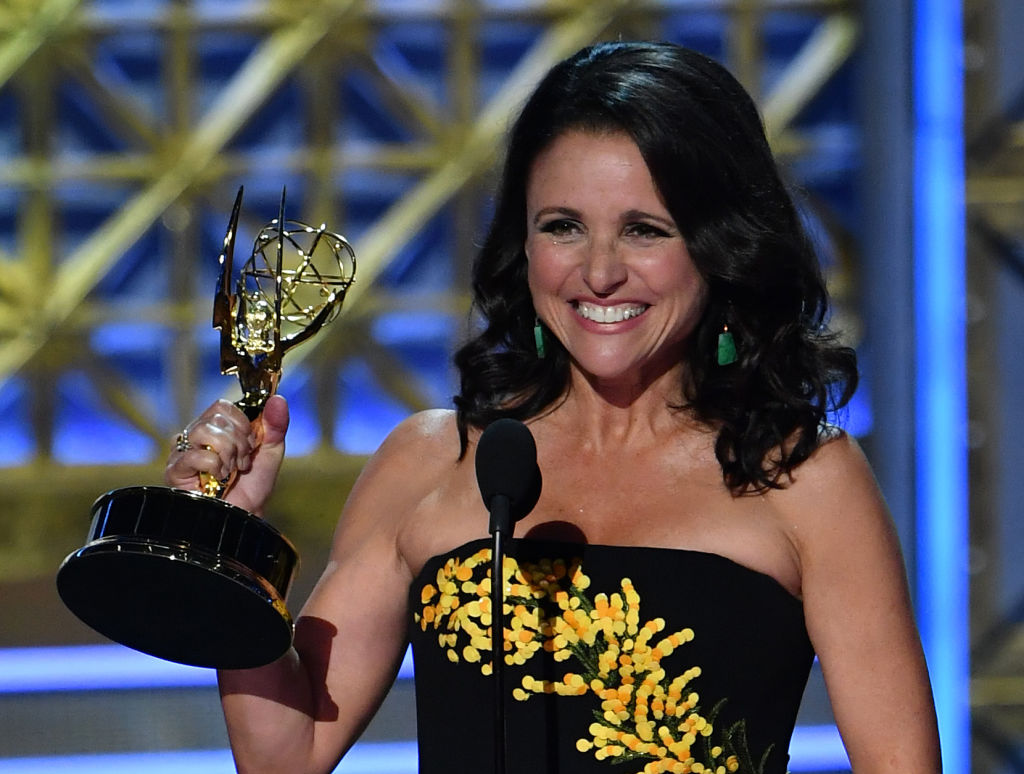 Well recognized for her role as Elaine Benes in Seinfeld, Louis-Dreyfus gave the character a funny dance style that stuck with the show (and character) until the end. Louis-Dreyfus did some film work prior to Seinfeld, but also had hit television shows after like The New Adventures of Old Christine and most recently the critically acclaimed HBO show, Veep. She won a Golden Globe for Seinfeld and several Emmy awards for Veep. She also won an Emmy for The New Adventures of Old Christine and Seinfeld.

Next: She drove a bus in this iconic film. 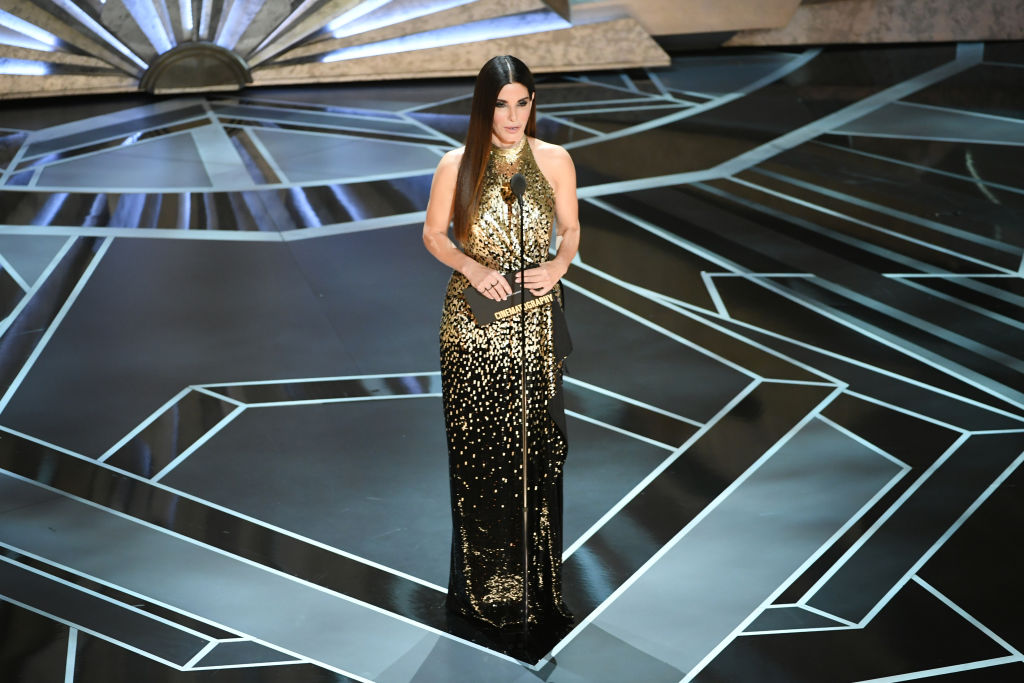 Bullock got her first big break co-starring in the indie film, The Thing Called Love. Her career revved up from there, as Speed came out the following year, according to her IMDb. She became America’s darling after Speed with roles in While You Were Sleeping, Hope Floats, and The Blind Side, for which she won an Oscar and a Golden Globe. Other noteworthy films include Practical Magic and Miss Congeniality. She was listed in the Guinness Book of World Records as being the highest paid actress in the world at one time.

Next: She’s one of everyone’s favorite friends. 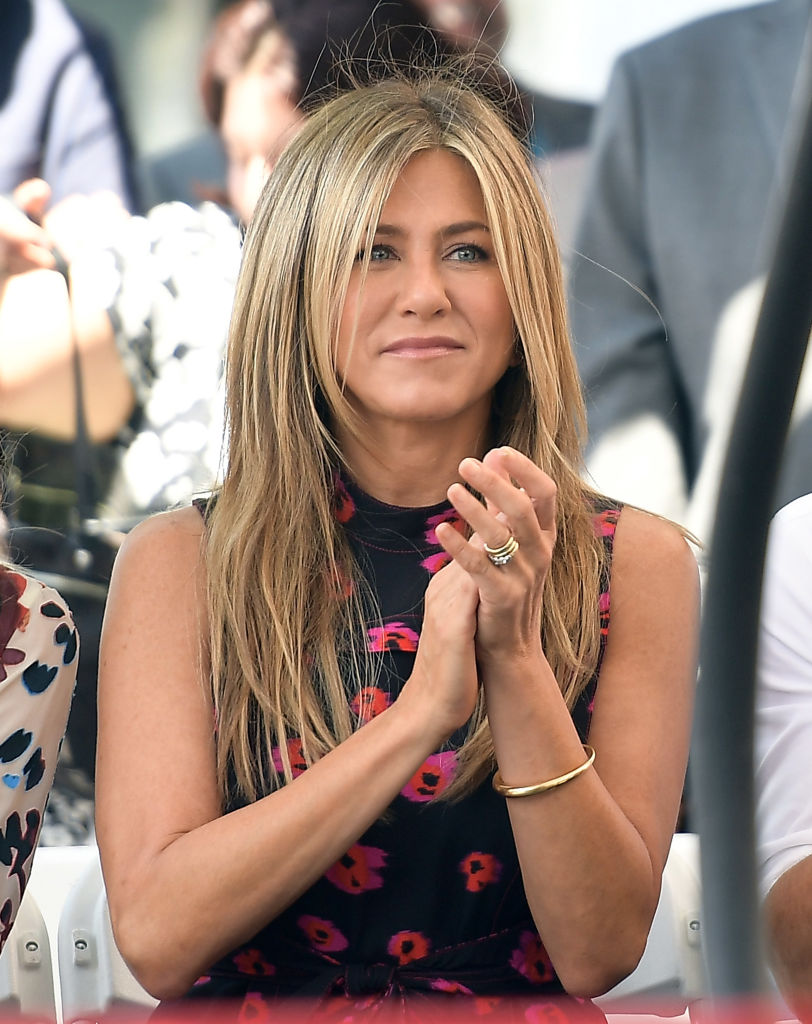 Aniston managed to be a huge hit on both the big and small screen. Although she had her big break in the groundbreaking television hit series, Friends, Aniston made a splash in films like The Good Girl, Marley & Me, We’re the Millers, and Horrible Bosses. Aniston won a Golden Globe and an Emmy for Friends. In 2001, she was named E!’s “Top 20 Entertainers of 2001” and People’s “Most Beautiful People in the World” in 1999.

Next: She made her mark in Dallas. 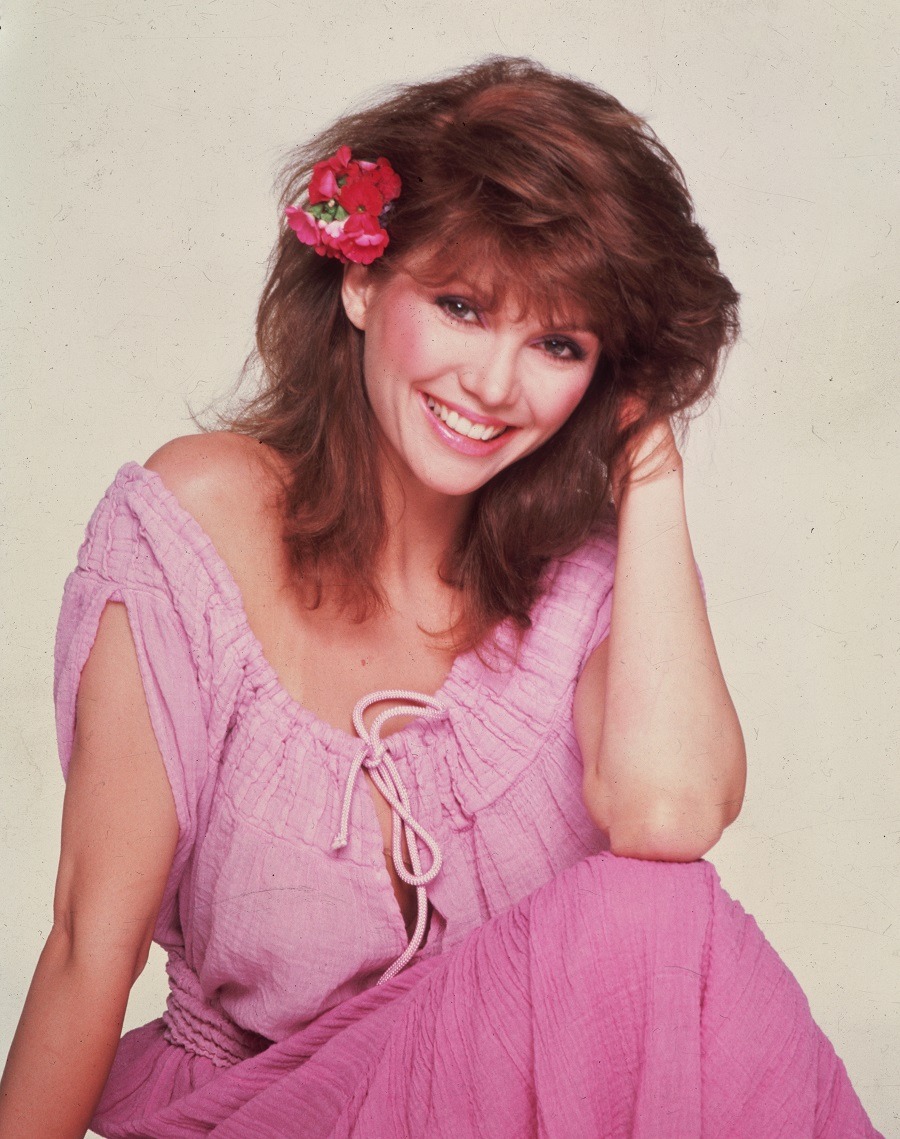 Widely known for her portrayal of Pamela Barnes Ewing / Rebecca Barnes in the seminal series, Dallas, Principal’s acting credits are lengthy. She also starred in a number of made-for-TV movies, series, and even made an appearance in Family Guy, according to her IMDb. She has her own production company called Victoria Principal Productions, a skincare line, and a series of beauty and skincare books.

Next: She was voted TV Guide readers’ Breakout Star of the Year. 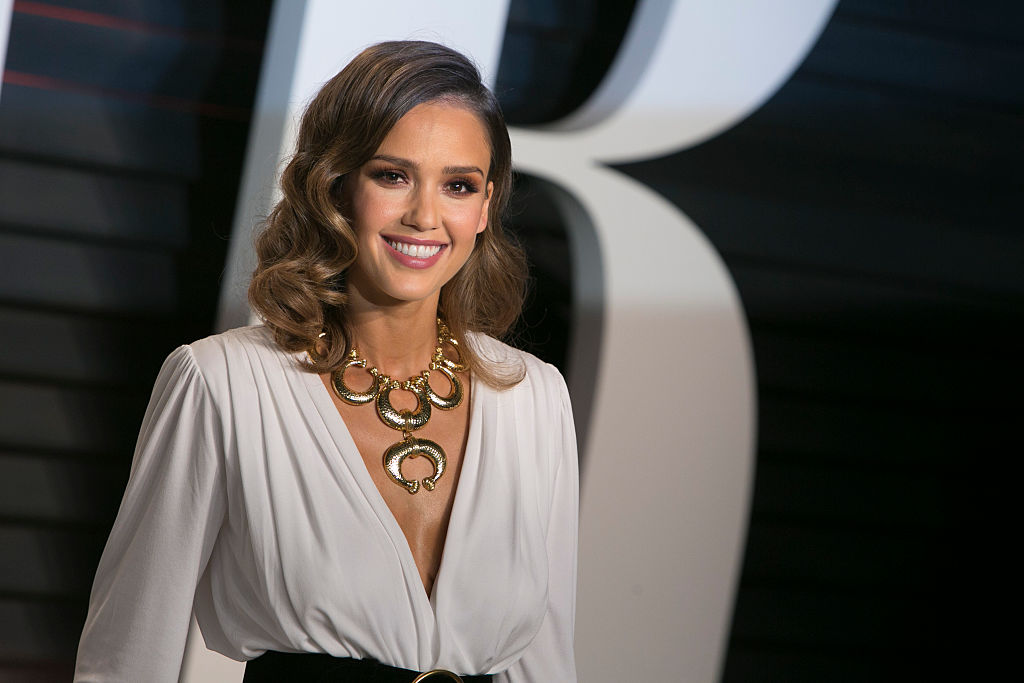 Alba launched her career in the 1994 film, Camp Nowhere, her IMDb stated. She did some commercial work before landing a recurring role in the series The Secret World of Alex Mack on Nickelodeon. Alba did more television work before landing her first film role in Honey. A string of hits followed including Sin City, Fantastic Four, and Valentine’s Day. She won an MTV Movie Award for Sin City and a Teen Choice Award for The Eye.

Next: They got their start while still in diapers. 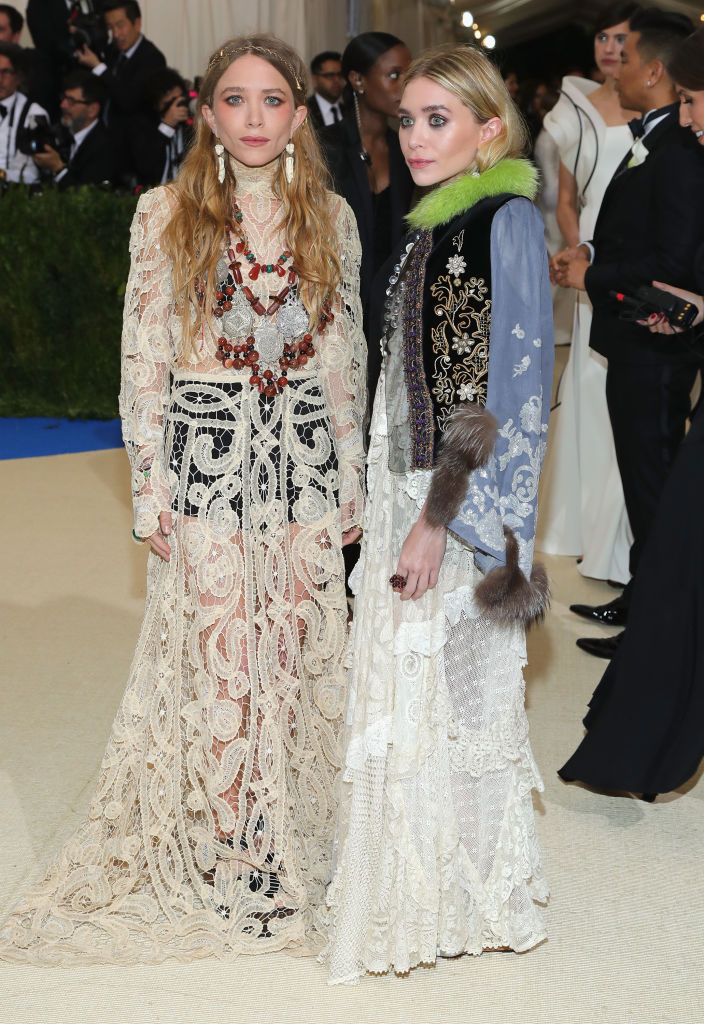 Their combined net worth make the Olsen twins the fourth-richest actresses of all time. Beyond playing the adorable Michelle Tanner, starting at only two months old in the series Full House, the Olsen twins have an acting career that spans decades. Today, both women work in fashion as co-founders of luxury fashion brands The Row, Elizabeth, and James. The twins also created affordable lines Olsenboye and StyleMint.  They won fashion awards like the Wall Street Journal Magazine Innovator of The Year Award and a CFDA Fashion Award.

Next: She was a square peg at one time. 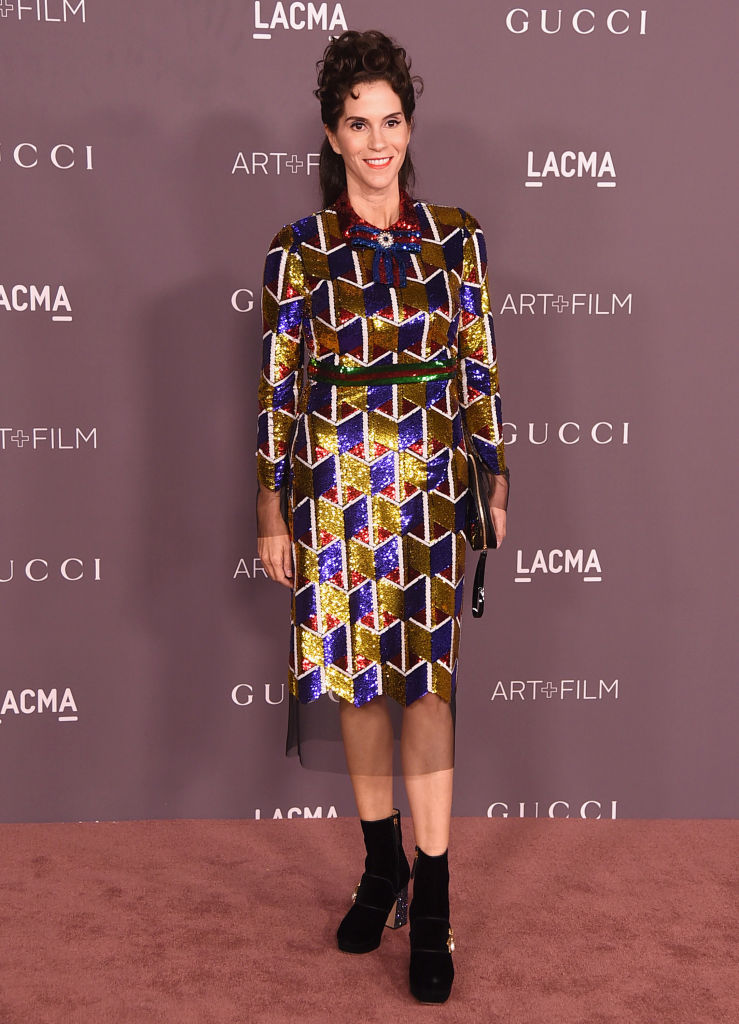 Gertz starred in the blockbuster film Twister and split her time pretty evenly between film and television. Although Gertz originally planned to become a figure skater, she caught the acting bug when she starred as Dorothy in The Wizard of Oz in school. Her television credits include Square Pegs, Different Strokes, and The Facts of Life. She appeared in films like The Lost Boys, Less than Zero, and Twister. Gertz and her husband co-own the Milwaukee Brewers.