The 5 Best Ways to Say ‘No’ to Your Co-Workers 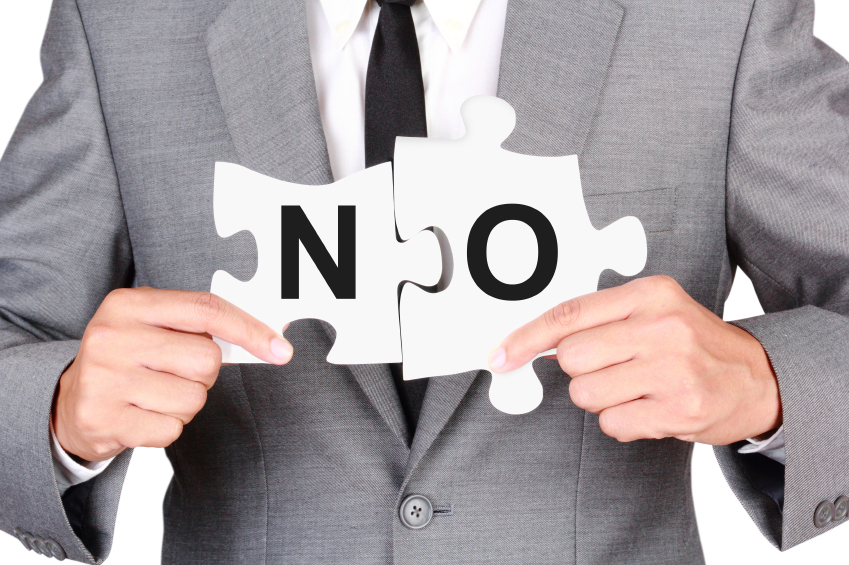 You have to say ‘yes’ to a lot of things throughout your day. You answer emails and questions, get roped into mandatory meetings, and need to pick up projects at the last minute in order to meet company deadlines. In some cases, you won’t have a choice about those new tasks that get added to your already-full plate. And in almost every situation, it feels easier to say yes and pick up another assignment rather than risk upsetting a colleague, boss, or people who depend on you. But saying yes too often — or every time — has negative effects, too.

If you’re constantly shifting your schedule to accommodate a new project, or you’re picking up the slack for another co-worker on a frequent basis, your own work will suffer. You might think that it’s showing you can be a team player, or that it’s just a one-time occurrence that won’t happen again. But habits are rooted in repeated events, and you can be sure that if you’re in the habit of saying yes too much, that eventually you’ll wonder where all your time went.

If you want to prevent this, or if you’re already at that point and need to get out of the cycle, there are effective ways to say ‘no’ without damaging your workplace relationships, while also establishing clear boundaries for yourself. In some cases, those boundaries are good to let others know where you stand, but more often than not they’re the most beneficial to helping you see where your priorities lie. It makes you more productive and ensures that when you do say yes to a new project, you won’t be burnt out and will be able to give it your full attention. Here’s a list of five tips you can use as a starting point, and adapt for the situations where you need to turn down a request.

1. Frame every task through your overall goals 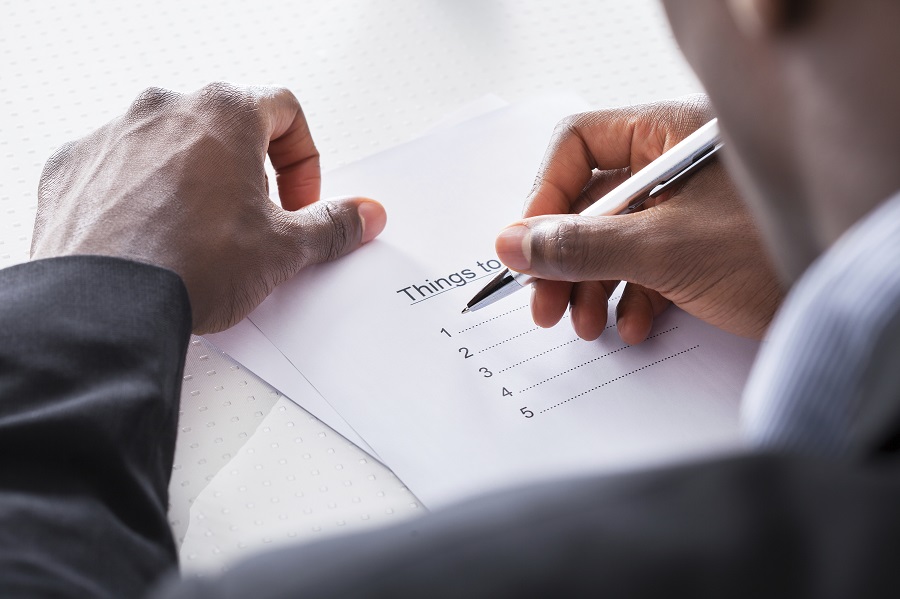 Before you can even assess individual requests, you need to know what your overall goals are. In the case of the workplace, figure out what your long-term vision is while you have your position. Is your goal to get promoted quickly? Do you want to complete a certain project that’s going to take most of your concentration for the next month? If your goal is to get promoted, you might take on a few extra projects, even if they are more taxing, in order to make a good impression with those above you. But if you’ve set your sights on that one particular project, you might be less inclined to break your concentration, and leave the ‘yes’ work to when it’s complete.

“A ‘goal first’ approach is about defining your vision. Because if you do not have a vision, it will be difficult to understand what major requests are aligned with your goals and your direction and need your attention longer term,” writes Brian de Haff, CEO of software company Aha!, in a post on LinkedIn.

It also allows you to make better informed decisions about what times throughout your day you need to reserve for reaching those goals. Jocelyn K. Glei, the editor in chief and director of 99U, calls this “focus blocking.” To reach goals for that day, week, or month, you proactively block out chunks of time (Glei suggests 90 to 180 minutes each, so you have enough time to settle and focus on those tasks). That keeps other people, and yourself, from interrupting that time for less-important causes.

2. Show you’ve listened to the request 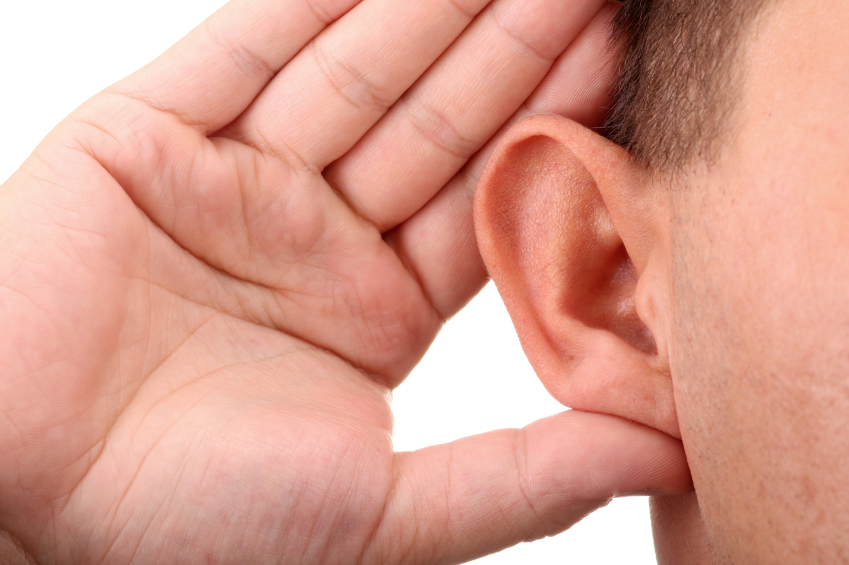 You might decide within the first few seconds of a co-worker approaching that you don’t have time to help them with whatever they’re about to ask. That’s perfectly fine, and probably healthy for you to recognize. But if you want to maintain a positive work environment, respecting your colleague is more important than honoring the question itself. In other words, hear them out.

“If someone asks you to do something or for something, you should assume that it is important to them for one reason or another. They likely would not ask you otherwise. It’s your responsibility to get to the heart of the request and why it matters,” de Haaff writes.

If you listen intently, de Haff explains, you’ll be able to fully absorb the question and make sure you’re understanding what the other person is asking. That way, you can stand by any decision you might make to say no. The added benefit to not cutting someone off mid-question is that you’re showing you respect the person enough to at least consider what they’re requesting.

3. Don’t drag your feet to answer 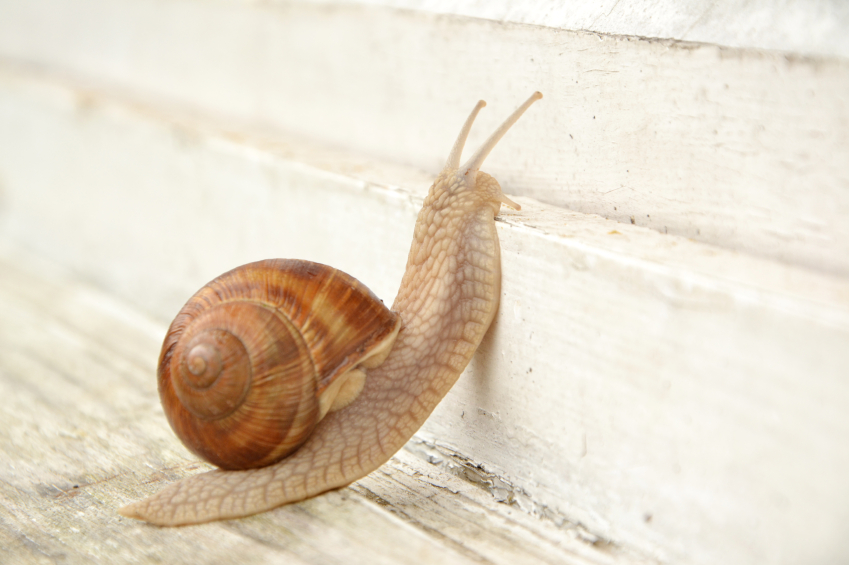 We’ve all been on the receiving end of a ‘no.’ And while it’s never great, it’s so much worse when the person we’ve asked for help takes a long time to answer, only to let you down. Normally in those cases, you’d rather have heard back quickly so you have time to move on and figure out another solution.

When you’re the person who has to say no, don’t put other people in that same spot. Don’t be hasty, but answer as soon as your mind is made up, instead of dragging it out because you feel guilty about turning down the request. Communications expert Preston Ni wrote in a post for Psychology Today that using “I” or “It” statements can be helpful if you feel uncomfortable about saying no, or if you’re afraid the other person might start pleading with you. Ni uses the example of telling someone that he can’t borrow your car. If you want to say more than just no, try “It doesn’t work for me to lend out my car,” or, “I prefer to be the only one driving my car.” The “I” or “It” statements are more difficult for the listener to dispute, Ni explains.

If you want to say no but are waffling back and forth, try reinforcing your willpower. A 2012 study published by the Journal of Consumer Research found that when people filter their decisions through “I don’t” statements instead of “I can’t” statements, they’re able to say no more effectively. Saying “I don’t interrupt my mornings to create financial reports” is easier for you to mentally follow than, “I can’t interrupt my mornings.” Heidi Grant Halvorson, the director of the Motivation Science Center at Columbia University, explained why to Lifehacker: “‘I don’t’ is experienced as a choice, so it feels empowering. It’s an affirmation of your determination and willpower. ‘I can’t’ isn’t a choice. It’s a restriction, it’s being imposed upon you. So thinking ‘I can’t’ undermines your sense of power and personal agency,” she said.

4. Answer why you’re turning down a request 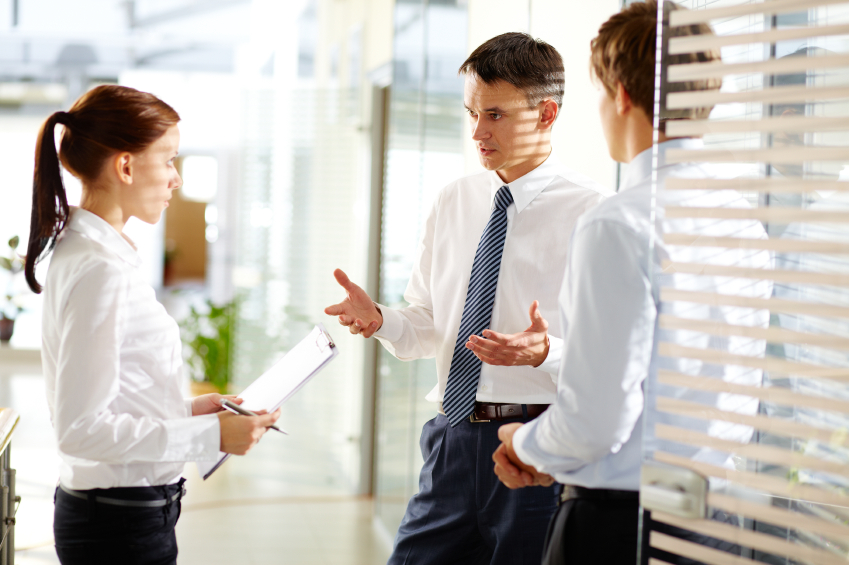 Actually saying no — answering the “what” — can be the most difficult part. But answering the “why” sets up a transparency that makes it easier for others to understand your motivations for rejecting what they’ve asked you to help with. This is more than just being nice, as it allows the other person to understand your reasoning and perhaps even affect what they ask you for in the future.

“The benefit to you is that if you share your assumptions and motivations and they are wrong — the other person will have a chance to help you see a better way. If you simply provide your answer and when pushed respond with ‘My mind’s made up’, you will avoid ever having to change your course, but you’re limiting your opportunity for growth,” de Haaff writes on LinkedIn.

While you’re explaining why you’ve said no, however, don’t fall into the trap of offering to help with that same issue another time, unless you actually mean it. “Don’t add something like, ‘Well, maybe next year,’ to soften the blow,” Lesley Ronson Brown told The Wall Street Journal. “The person on the other end of the phone has just thought, ‘Gotcha. For next year.’ ”

If you do want to soften the blow a little bit, try the “sandwich” method of putting your rejection in between other more positive statements, Ni writes in the Psychology Today article. In the example of rejecting someone who wants to borrow your car, it could look something like this: “I understand you need a car this weekend. Unfortunately, I’m really not comfortable lending my car. Hope you can find another arrangement.” 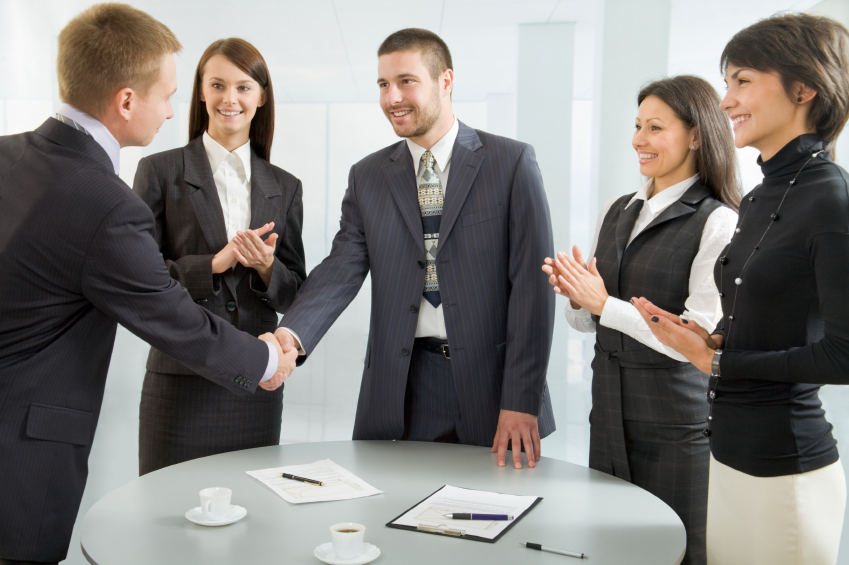 If you’re able to get through a few rounds of saying no, which might seem incredibly awkward to you at first, it will set you up to have healthy boundaries. That way, you can look back on the things you were able to accomplish instead of a mess of half-hearted commitments. Matt Ehrlichman, founder and CEO of the startup Porch, wrote in an article for Inc. that saying no to spontaneous requests, as well as new projects, are often key. Ehrlichman has startups in mind especially, but the same holds true in any job you have.

“Steve Jobs once stated that, ‘Focusing isn’t about saying yes, focusing is about saying no.’ It means that great accomplishments can often be measured by the large list of things you didn’t do instead of the ones you did,” Ehrlichman explained.

One last thing to be aware of: When you say no once, you’re more likely to say yes to the next request — especially if it’s from that same person. Be careful not to fall into that trap if the second question also doesn’t line up with your goals. “They feel so guilty about saying ‘no,’ they feel they need to salvage the relationship,” Vanessa Bohns, assistant professor of management sciences at the University of Waterloo in Ontario, Canada told the Wall Street Journal.