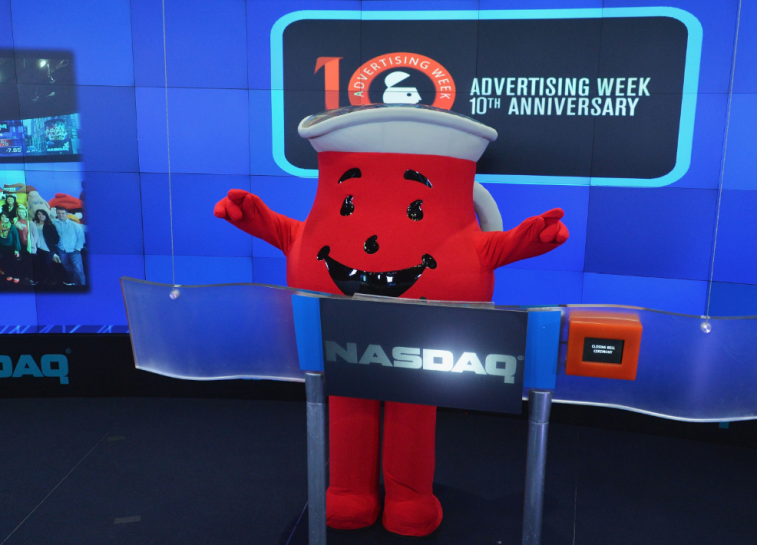 Strong devotion and money don’t always mix well on Wall Street. Investors who fall in love with cult stocks can have their hearts broken faster than the time it takes a new recruit to drink the Kool-Aid. On the other hand, loyalty to a company may lead to divine investment success and praises from fellow members.

In order to find the biggest cult stocks that can win or lose you big money, Fidelity Investments recently analyzed companies that have a product, service, or mission that is strongly embraced by many consumers, along with powerful growth prospects. At the right price, these stocks could be worthy of your money. Just make sure you can handle the volatility and risk that comes with being so intensely adored. After all, cults are easier to join than to leave. Let’s take a look at the seven biggest cult stocks available to investors, ranked by market capitalization.

This is one camera that might actually be allowed into secret rituals. Founded in 2002, GoPro makes rugged cameras that help people capture and share their lives — everything from cliff diving to fishing. Prices range from $129.99 to $499.99, and the company provides a channel where you can connect with other customers sharing their footage.

GoPro made a picture-perfect debut on Wall Street last year with an initial public offering of $24. That made it the biggest consumer electronics company to go public in over 20 years. Shares nearly touched $100 in the following months. However, momentum stalled and GoPro collapsed from a high of $98.47 in October 2014 to only $37.13 in March 2015. Currently, shares are nearing $60 again. GoPro’s wild ride is likely to continue, but any investor considering this name needs to ask themselves: How adventurous are you really feeling with your money?

No cult is complete without its own dress code. Under Armour is an activewear company known for its performance-enhancing apparel. Non-believers routinely cite Under Armour’s sky-high price-to-earnings multiple, but shares continue to race higher to new all-time highs. With a market cap of about $18 billion, it has a long way to catch Nike at $92 billion, but that also means more growth potential.

In April, Under Armour reported first-quarter net revenue of $805 million, up 25% from $642 million a year earlier. Apparel sales grew 21%, while footwear surged 41%. In fact, the company has experienced net revenue growth above 20% for 20 consecutive quarters. More recently, Under Armour is staying in front of consumers with Jordan Spieth, a 21-year-old professional golfer who just became one of only seven players to win the Masters and U.S. Open in the same year. Under Armour signed Spieth to a 10-year sponsorship deal at the beginning of 2015, before the two big tournament wins.

Kool-Aid has been replaced with guacamole — despite costing extra. Chipotle Mexican Grill caters to a large following with more than 1,800 restaurants. The company offers burritos and tacos made from fresh ingredients that consumers crave. In the first quarter, revenue increased 20.4% year-over-year to $1.09 billion, while comparable restaurant sales increased 10.4%.

“We are very proud of our start to 2015, as our average sales volumes reached a record $2.5 million per restaurant. We attribute this success to our unique food culture and people culture, which are the driving forces to create a new fast food model,” said Steve Ells, founder, chairman, and co-CEO of Chipotle, in a press release.

However, after hitting an all-time high of $727.97 earlier this year, shares have struggled and currently trade near $615. It’s probably best to wait and let the market digest the move a little bit more before taking a seat at the table.

Tesla is the only cult stock on the list that hasn’t posted an annual profit, but that doesn’t mean devoted investors aren’t spending their time in the winner’s circle. Thanks to a charismatic and brilliant leader, Elon Musk, Tesla produces a high-quality automobile that investors can get behind. The Model S comes equipped with the highest safety rating in America from the National Highway Traffic Safety Administration — five stars in all categories. Tesla expects to deliver approximately 55,000 Model S and Model X vehicles combined in 2015, up more than 70% from 2014.

Founded in 2003, Tesla is already worth more than half of General Motors as shares tend to recover from any major crashes. In fact, Tesla is one of the most popular stocks held by millennials and Generation X. Nonetheless, it has a 52-week range of $181.40 to $291.42, so expect volatility if you become a member.

What better place to watch cult movies than Netflix? The streaming company ranks as the No. 3 biggest cult stock in the market. Shares have had a phenomenal run over the past three years, climbing from about $55 to nearly $700. The leader himself, Reed Hastings, couldn’t even dampen enthusiasm. In 2013, he warned shareholders that solid company results were “compounded by momentum-investor-fueled euphoria.”

In 2015, Netflix expects to spend over $600 million in marketing to attract people around the world. Furthermore, the company recently announced a 7-for-1 stock split, which typically attracts the attention of investors since the sticker price of a share is reduced. Potential converts should remember that stock splits do not affect the underlying value of a company, and even billionaire investors like Carl Icahn are booking profits in Netflix and running. Icahn recently disclosed on Twitter that he sold off his remaining stake in the streaming giant.

There’s no need to leave the house for cult supplies. Virtually everything is now found at the world’s largest online retailer. Amazon posted net sales of $22.72 billion in the first quarter, up 15% year-over-year. Customers in Miami, Baltimore, Dallas, Atlanta, and Austin now have access to Prime Now. Prime members can choose from tens of thousands of daily essentials through a mobile app. With Prime Now, two-hour delivery is free and one-hour delivery is available for $7.99.

Amazon shares ran into trouble last year and fell below $300 on three separate occasions. However, the faith continues strong. Shares have rebounded to nearly $450 this year. Amazon is the No. 10 most widely held stock by Generation X.

When a website exists that’s called Cult of Mac, you know there’s a strong following. Apple is not only the biggest cult stock in the market, it’s the most valuable company in the world, with a market capitalization of about $740 billion. Apple has more cash (cash and cash equivalents, short-term marketable securities, and long-term marketable securities) sitting on its balance sheet than the market value of GoPro, Under Armour, Chipotle, Tesla, and Netflix combined.

Apple is the most loved stock by every generation, but is the only name on the list with a down-to-earth price-to-earnings ratio. The tech giant also remains a profit juggernaut. Apple’s net income of $13.6 billion in the fiscal second quarter that ended March 28, 2015 is one of the most profitable quarters for any company in history. The only rivals are previous quarters from Apple and energy-related companies. Through March 2017, Apple will return $200 billion to shareholders through dividends and share buybacks.