The American Dream: Young People Are Not Buying it Anymore 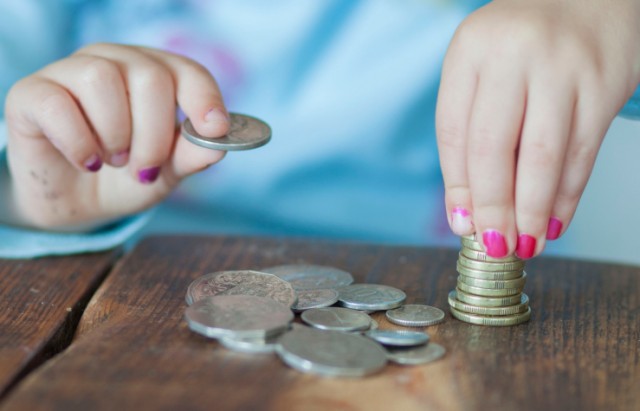 A lot of Americans are still clinging to the rapidly fading ideal of the ‘American Dream’. Millennials, brought up in an age of relative prosperity and economic stability (until the mid to late-2000s), were raised to set their sights on that dream, defining for themselves what that actually means. Those millennials, now dealing with the aftermath of the global recession and a sputtering economy, are finding out the hard way that they may never see that dream come to fruition.

Many older Americans are also finding themselves in similar positions. But the kids — America’s teenagers, that is — aren’t having any of it, which stands in stark contrast to teenagers of a decade and a half ago, during the ‘roaring 90s.’

A new study, published in the Journal of Poverty, looked at the differences in attitudes regarding socioeconomic status between modern high school seniors, and those in 1996. The study, which was also covered by The Atlantic, provided some interesting (if not altogether surprising) insight into how today’s youth feel about their economic future.

In short, they aren’t very confident. And they feel that the American Dream is going to remain just that — a dream — for the majority.

One of the more glaring things that the study exposed was just how drastically different young adults feel about wealth. The 1996 group, for example, felt that being born into a less-wealthy household afforded the opportunity to build oneself up, grow, and ultimately accomplish goals in the long-term. The modern group (high school seniors in the year 2011), on the other hand, felt that wealth would earn them respect from their peers, because it could buy material goods and status symbols. Also, kids these days see money as a serious barrier to accomplishing certain goals, including going to college.

As The Atlantic puts it, if the study shows us anything, it’s that today’s youth is keenly aware that the meritocracy has crumbled, and that the deck is stacked against the lower classes.

While all of this is definitely a bit disheartening, you have to hand it to these kids for being able to see what’s happening around them and synthesize it. Having a good perspective on the world at large is definitely something that can help with future decision-making (how many will be paying $250,000 for a bachelor’s degree?), and also keep expectations in check — something millennials needed to learn the hard way.

Those tempered expectations may be a blessing in disguise. The next generation of Americans, having been born into and raised at a young age among post-9/11 peril and economic turmoil, should have thicker skin. That means a better grasp on personal finance, deeper understandings of the workings of the economy and the business cycle’s effect on average Americans, and an intricate and intimate relationship with technology and the Internet. All of those things give them a leg-up on previous generations.

And they’ll need every advantage they can get. The future of the American economy is totally up in the air, and when you think about it, this is likely the first generation that’s not only up against each other for jobs — they’re up against artificial intelligences as well. That’s something that was largely inconceivable just ten years ago, and is something that new generations will keep in mind when choosing education and career paths.

If there are any positives to pull out of the study’s findings, that’s probably it. The true tragedy that this dramatic shift in attitudes address is the fact that we may have actually regressed as an economy. Sure, we have an entire world of new technology and creature comforts, and live in the wealthiest country in human history. But if entire generations of kids are growing up with little hope that they’ll be able to have a solid career, own a home, or start a family, what was the point?

A common theme running throughout our history was that it was one generation’s responsibility to do their best to try and make life better for the next. Studies like this one prove that despite our best intentions, we may be going backward. It’ll take some effort to right the ship, and a re-institution of some bedrock principles (like the meritocracy). But don’t expect the nation’s youth to be strung along like the millennials were.

Because America’s teens aren’t buying it.