Why These 3 States Are Top Moving Destinations 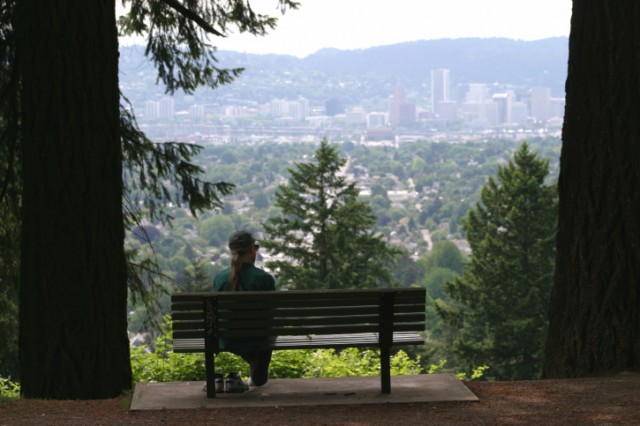 A view of Portland. Source: Thinkstock

Portlandia might not be such a strange place, after all.

According to an analysis of moving patterns of Americans by United Van Lines, Oregon was the top moving destination of 2014. The study found that 66% of moves made by its customers to and from Oregon were inbound. This means that 66% of the company’s customers marked the state as a final destination for their move. The Carolinas — North and South — were a close second and third with 61% inbound moves. In contrast, the Northeastern states of New Jersey, New York, and Connecticut brought up the rear end of the pile with defections of 65%, 64%, and 57% respectively.

United Van’s analysis corroborates another study performed last year by City Observatory, an Oregon-based think tank, which detailed new destinations for “The Young and Restless” — or youth between the ages of 25 and 34 with a college degree. The cities which topped the list – Houston, Nashville, Denver, Austin, and Portland – have, typically, been considered unconventional career destinations.

The new centers of migration are as much an illustration of changed economic conditions as they are a result of a profound shift in the American economic paradigm. American mobility, which reached its peak during the Gold Rush, has slowed down.

According to economists, this is due to structural changes in the American economy. The manufacturing-based economy of the last century concentrated economic prosperity and wages in certain metropolitan areas. Industries were diverse and spread across geographies. For example, the Bay Area emerged as a hub for the manufacturing of silicon wafers, while Detroit was famous as a hub for automobile manufacturing. The service-based economy, however, has standardized labor market and wages. There is not much difference in the quality, type, and wages for service jobs across different geographies. As a result, the economic incentives for migration have reduced.

However, the moving patterns of one million young and educated Americans has helped create new centers for migration. According to the City Observatory report, talented young workers herald economic revival and are an indicator of the overall health of a metropolitan area. This is because they bring jobs and disposable income as the US transitions from a service- to knowledge-based economy.

According to the study, close-in urban neighborhoods or urban neighborhoods that are situated within three miles of the Central Business District of a city, are experiencing a revival of sorts due to the migration of a young and hip crowd. What’s more, the trend continued even in cities that experienced overall population declines.

Given these changes, it is easy to presume these changes as heralding a decline for traditional draws for talent and youth, such as big metropolitan areas. But, that is not the case. According to the City Observatory report, the New York-New Jersey-Long Island metropolitan area still accounts for the largest share of population ages 25 to 34, with a four-year degree. The area is followed by the Los Angeles metropolitan area, and the Chicago area and its suburbs.