The Bed Bath & Beyond Selloff: Opportunity or Value Trap? 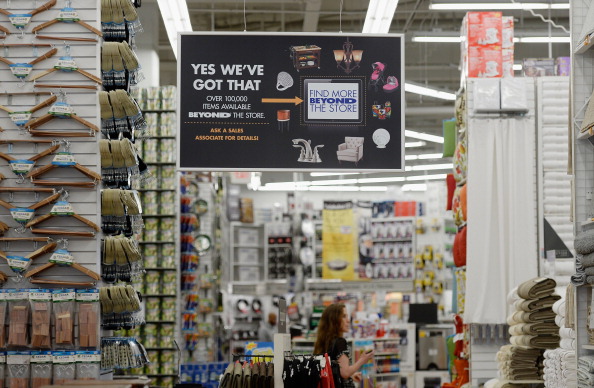 Bed Bath & Beyond Inc. (NASDAQ:BBBY) is a household name and chances are you have visited one of its establishments. It is an incredibly profitable company, although the stock has struggled to pick up any lasting momentum. It caught my eye after reporting a top and bottom line earnings miss last night. For those who do not know the company, it operates a chain of retail stores. It sells a range of domestic merchandise, including bed linens and related items, bath items, and kitchen textiles. It also has home furnishings, such as kitchen and tabletop items, fine tabletop, basic housewares, general home furnishings, consumables, and certain juvenile products. The company also offers health and beauty care items, and giftware and household items, as well as infant and toddler merchandise.

Well, the quarter wasn’t completely terrible, but it reflected a lack of any meaningful growth out of the company. It reported net earnings of $0.93 per diluted share, or $187.1 million, in the first-quarter, compared with net earnings for the first-quarter of 2013 of $0.93 per diluted share or $202.5 million. As you can see, total earnings fell, but the per share number held due to the company buying back shares in the last year.

But where do we go from here? We have a stock that relative to its peers is somewhat cheap. It only trades at 11 times earnings and is at its 52 week low of $55.56. Frankly, with its performance, this selloff is justified. The company isn’t showing us any growth. Rather then continue with the share repurchase program, some of the money should be invested back into the company to get some growth going again for shareholders. Looking ahead, earnings projections are not looking too impressive. The company is modeling net earnings per diluted share to be approximately $1.08 to $1.16 for the fiscal second-quarter of 2014 and, consistent with the prior estimate, to increase by a mid-single digit percentage for all of fiscal 2014. That is just not enough growth for me. Bed Bath & Beyond simply isn’t hitting the mark. However, it still is a profitable company. Right now, I rate shares as a hold. However, if the stock dips under $50, I would be inclined to argue that based on current earnings, you would have to step in and do some buying.

Disclosure: Christopher F. Davis holds no position in Bed Bath and Beyond and has no plans to initiate a position in the next 72 hours. He has a hold rating on the stock and an $53 price target.