The Best and Worst Cities for STEM Graduates 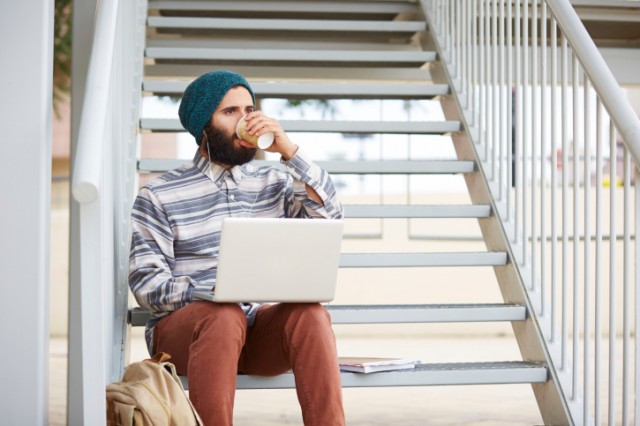 Science, technology, engineering, and math — or STEM, as it is popularly known — fields have become a touchstone for the future. For graduates of these fields, jobs will be good mix of income and opportunity. The annual average wage for STEM jobs was $79,640 in 2013, 71% more than the annual average wage of $46,440, according to the Bureau of Labor Statistics. In addition, the Department of Commerce estimates that STEM professions will expand 1.7 times faster than non-STEM occupations between 2008 and 2018.

Given these statistics, it is no wonder that major metropolitan areas are racing to attract graduates. The equation is simple: As highly paid STEM graduates move into urban areas, they could bring development, revenue, and diversity to the population mix.

Wallethub, a personal finance social network, analyzed U.S. Census data across the 100 most populated metropolitan areas to produce a list of best and worst areas for STEM markets. The featured areas were evaluated against 11 key metrics, including job openings per capita for STEM graduates, percentage of STEM workers in all occupations, and recreational facilities.

In a previous story, the migration patterns for millennials were highlighted, and not surprisingly, a number of cities on that list — such as Denver and Austin — made this list, too. Houston, Austin, Raleigh, Denver, and Omaha topped this list. Cities in south Florida (Miami, Northport, and Cape Coral) and California (Stockton, Riverside, and Fresno) made up the bottom pile.

A number of the report’s findings have been fairly evident for some time now — like how the number of job openings per capita for STEM graduates is highest in San Jose, California. In fact, the city ranks high on a number of counts, including percentage of workers in STEM occupations and highest STEM school index. On the other hand, Northport ranks bottom for almost all evaluated parameters.

That said, the report is not without problems.

Data on the highest annual median wage for STEM workers (adjusted for cost of living) ranks Memphis and Bakersfield, California, among the top five metropolitan areas. New York and San Francisco, on the other hand, are in the bottom five. The former set of cities are hardly known for technology or research industries — in fact, Nashville is a bigger magnet for Tennessee tech enthusiasts than Memphis.

They are, in many ways, less attractive markets and ecosystems for technology and research workers than New York or San Francisco. It follows, then, that a low concentration of workers and high demand have resulted in high median wages relative to other industries in those areas. Whether these are accurate reflections of the attractiveness of these cities as destinations for technology entrepreneurs is a moot point.

The Wallethub report’s authors also asked experts from various institutions to comment on questions related to STEM jobs; it would have been useful to provide reference data points for these questions. One of the questions was about the representation of women and minorities in STEM fields. The question is relevant, as diversity has increasingly become a hot-button issue in technology.

Data about cities that topped the best places to work for STEM graduates would have made the report more useful. An example of that would be how young technology and research workers in the Bay Area are increasingly preferring to live in San Francisco and Oakland because they are considered more diverse as compared to Silicon Valley.