The Best Silver Equity to Own: Why You Need Silver Wheaton 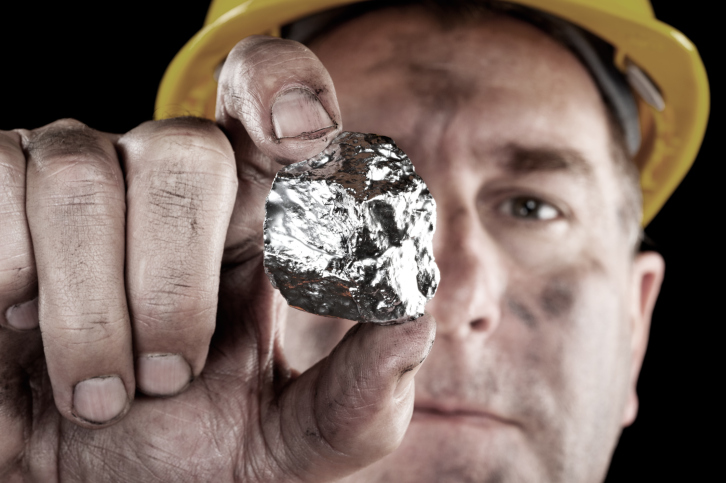 Silver Wheaton (NYSE:SLW) operates as a worldwide silver streaming company. I want to be clear that I believe it is the best silver equity play in the stock market. Silver streaming is basically a process by which the company purchases a mining firm’s silver production in order to distribute that silver in the market. SLW has contracts to purchase silver in bulk at prices well below market value, and then proceeds to sell the silver at a higher prices. The company has “multiple long-term silver purchase agreements and two long-term precious metal purchase agreements, whereby it acquires silver and gold production from companies located in Mexico, the United States, Greece, Sweden, Peru, Chile, Argentina, and Portugal.”

Silver Wheaton is the largest precious metals streaming company in the world. Based upon its current agreements, forecast 2014 annual attributable production is approximately 36 million silver equivalent ounces including 155,000 ounces of gold. By 2018, annual attributable production is anticipated to increase significantly to approximately 48 million silver equivalent ounces, including 250,000 ounces of gold. This growth is driven by the company’s portfolio of low-cost and long-life assets. The company is my most preferred way behind physical silver ownership to invest in silver. The company is incredibly profitable, and the stock should see strong capital gains and also pays a dividend for shareholders to wait for a rebound in gold prices.

The company is performing very well and its most recent quarter was phenomenal despite depressed gold and silver prices. Revenue was $165.4 million in the first-quarter of 2014, on silver equivalent sales of 8.1 million ounces (6.2 million ounces of silver and 30,100 ounces of gold.) This represents a 20 percent decrease from the $205.8 million of revenue generated in the first-quarter of 2013, due primarily to a 31 percent decrease in the average realized silver equivalent price ($20.38 in Q1 2014 compared to $29.72 in Q1 2013), partially offset by a 17 percent increase in the number of silver equivalent ounces sold.

At the end of the day, all is looking quote well. Net earnings and cash-flow from operations in the first-quarter of 2014 were $79.8 million ($0.22 per share) and $114.8 million ($0.32 per share), compared with $133.4 million ($0.38 per share) and $165.6 million ($0.47 per share) for the same period in 2013, a decrease of 40 percent and 31 percent, respectively. Earnings and cash-flow continued to be impacted by lower gold and silver prices, however, things were much better than expected given the low prices of these metals. Given that demand is unprecedented while supply is dwindling, the stock is sitting at depressed levels waiting to take off.

Further, the company is in great position cash-wise. The company has approximately $82.0 million of cash on hand. The combination of cash and ongoing operating cash-flows, combined with the credit available under the company’s $1 billion Revolving Facility, positions the company well to fund all outstanding commitments as well as provide flexibility to acquire additional accretive precious metal stream interests. Randy Smallwood, President and Chief Executive Officer, stated:

Silver Wheaton started the year on a strong note, achieving production of 9.0 million silver equivalent ounces in the first-quarter of 2014. Production and sales increased, 8 percent and 17 percent, respectively, compared with the first-quarter of 2013. Furthermore, we maintained a very healthy cash operating margin of around 70 percent and operating cash-flows of nearly $115 million, despite precious metal prices being down over 30 percent compared to a year ago. These numbers once again highlight one of the key strengths of our low-cost business model — that even in lower commodity price environments, Silver Wheaton can generate some of the highest margins in the industry.

Looking ahead, the stock is a buy. Let me reiterate: it is the best silver equity to own. The company’s strengths relative to actual silver miners can be seen in its strong operating margins and its earnings per share. While costs have risen and revenues are down, it is solely due to a depressed precious metal price. Once the metals rebound, the stock could easily double from current levels of $23.46.

Disclosure: Christopher F. Davis is long Silver Wheaton. He has a buy rating on the stock and a $30 price target.