The Big Banks Cheated Everyone Again, But There’s a Twist 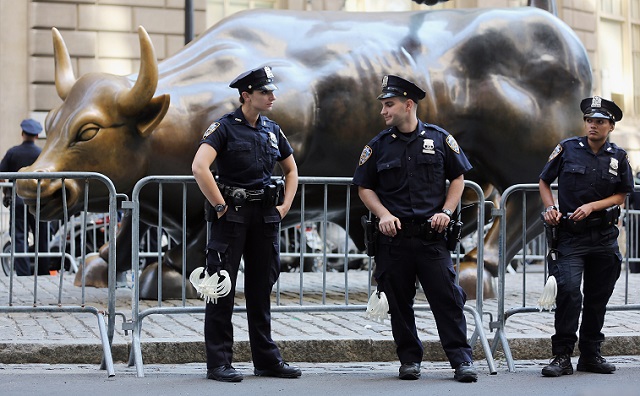 Some things never change, including bankers behaving badly. Six years after the financial crisis caused a global recession, with a few other financial scandals in between, the world’s biggest banks have once again found themselves answering to regulators for effectively cheating the markets, and raking in enormous profits as a result. This time, a $5.8 billion penalty was levied by the U.S. Department of Justice against Barclays, Citigroup, JPMorgan Chase, Royal Bank of Scotland, and UBS for manipulating the markets.

“For more than five years, traders in ‘The Cartel’ used a private electronic chatroom to manipulate the spot market’s exchange rate between euros and dollars using coded language to conceal their collusion,” said newly minted Attorney General Loretta Lynch during a press conference. “They acted as partners – rather than competitors – in an effort to push the exchange rate in directions favorable to their banks but detrimental to many others.”

“As a result of our investigation, four of the world’s largest banks have agreed to plead guilty to felony antitrust violations,” she added.

Sounds pretty familiar, right? Well, in this particular instance, there was a small, but important, little detail. The banks actually admitted their guilt, something they have typically been able to avoid. In most recent Wall Street and financial scandals, banks and other companies get hit with massive fines, just as they are this time, but never have to actually confess to doing anything wrong. This time, however, that wasn’t the case.

It’s a very small step, there’s no denying that. But in a world in which bankers have effectively run amok, essentially without fear of any consequences, it’s a small step in the right direction. Though the fines the banks face are huge, they still account for only a fraction of the resulting profits — a system which has basically turned breaking the law into a ‘cost of doing business’ type of scenario for the world’s biggest financial institutions.

And therein lies the real problem. Lynch may have come out swinging in her new role as attorney general, but the fines being levied by the Justice Department continue to be a toothless threat. The banks still profited from their behavior, and by hitting them with punitive measures that are less than what the rewards were for breaking the law, it delivers no incentive to stop.

The way to fix it, some analysts say, is to start punishing individual bankers, not the banks themselves. “Banks don’t commit crimes, bankers do,” Dennis Kelleher, CEO of Better Markets, a market-transparency advocacy group, told CBS News. “Until the feds personally and meaningfully punish actual executives and supervisors for their wrongdoing, big banks will continue their crime spree at the expense of investors, our markets, and families on Main Street,” he added. “Pleading guilty to a crime must mean jail time.”

Kelleher has a point, and with this most recent case, the victory is that at least the banks are pleading guilty. But is it truly progress? A reaction piece from Slate says that government regulators may have found the nerve to actually start throwing criminal charges at the banks with more regularity, but if the punishments continue to be so weak, then it’s hard to really think of it as an improvement.

The question that these admissions of guilt does bring up, as the Slate article explains, is whether or not the Justice Department is willing to put their money where their mouth is. Yes, getting banks to admit that they did something wrong is a start, but it’s not enough. Heads need to roll, to get frank, in order for real change to happen. We need more than just tough talk and hyperbole, which the government hasn’t shied away from even in this case.

“I want to be clear,” Lynch said at the DOJ’s press conference, “the Department of Justice, under my watch, will not hesitate to file criminal charges for financial institutions that reoffend.  And banks that cannot or will not clean up their act need to understand that non-prosecution agreements and deferred-prosecution agreements carry very real consequences and will be enforced.”

Let’s see if she means it.