The Caveats of Creative Destruction in American Business 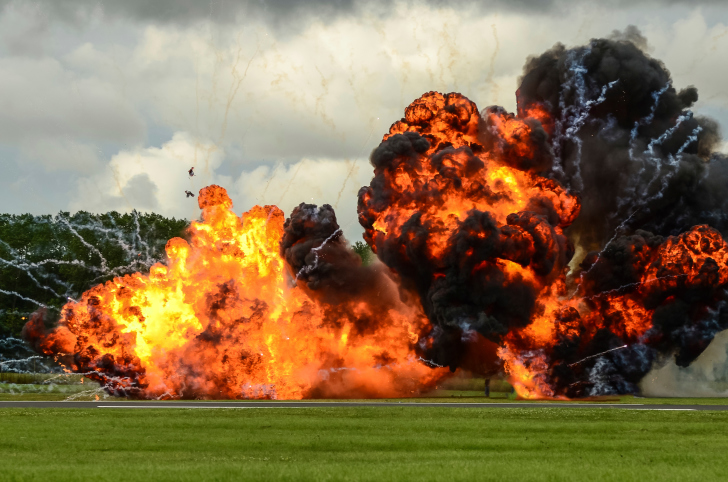 It’s a simple fact of the universe: Things tend to move in cycles, and for the young and spry to inherit the earth, the old must wither and die. Such is true in the world of business as well. Companies see their genesis in garages and basements, eventually going on to become major world players and changing the entire landscape, both literally and figuratively. But there are always others hot on their heels, waiting for the powers that be to stumble, in order to take their place.

Essentially, it’s like a giant game of ‘king of the hill.’ And just like the game, nobody is king for long.

The manner in which  businesses rise and wither away is described through processes called business dynamism and creative destruction. Business dynamism provides an actual way to measure the elasticity of entrepreneurship in a given economy, as businesses are born and eventually die out. Startups hitting the scene help bring bring the metric up, and as other companies fail or are otherwise swallowed up by competitors, the metric falls.

Creative destruction is what lies at the very heart of the free market economic system. The natural competition — or selection, if you will — between different companies ultimately leaves us with a winner. Now, winners come and go, and are constantly jostling for more market share. When a bright and bushy-tailed entrepreneur comes along with a new technology or innovation that changes the whole game, then the companies standing in that innovation’s path are destroyed. Through creativity.

It’s the threat of extinction at the hands of creative destruction that forces the incumbents, or the currently-sitting powers that be, continue to innovate and provide increasingly-superior products and services to their customers. The most obvious example from the recent past is what happened to home-video giant Blockbuster Video. The company, at one time, dominated the home entertainment industry. However, when a plucky young company called Netflix (NASDAQ:NFLX) came along, the Blockbuster brass decided to forgo purchasing the company for a relatively small amount, and that decision is pretty much what did the company in.

Netflix went on to grow into the behemoth it is today, crushing the home-video industry. A creative idea — a game-changing idea, really — came about like an asteroid and wiped out the dinosaurs.

But who benefited from Blockbuster’s demise? The customer. We did. Now, we can watch television shows and movies anywhere we want on our mobile phones. Ten or fifteen years ago, that was merely a pipe dream.

There are ways for businesses to insulate themselves from the ebb and flow of the market. For example, look at what Google (NASDAQ:GOOG) has done over the past few years. Google is a search engine. Now, fast forward fifty years into the future. Do you think most people will associate Google with being a search engine? Or will the focus be on the company’s robotics work, its artificial intelligence technology, or the other dozens of projects it currently has in the works?

Just like with investing, diversification can help keep the powers that be firmly in place. If Blockbuster had decided to adopt DVD-by-mail as a part of their business strategy, and focus on developing online streaming, they would have diversified their business to the point where it was more sustainable.

But they didn’t, and now finding one of their stores is akin to finding an Indian arrowhead on a riverbank somewhere. 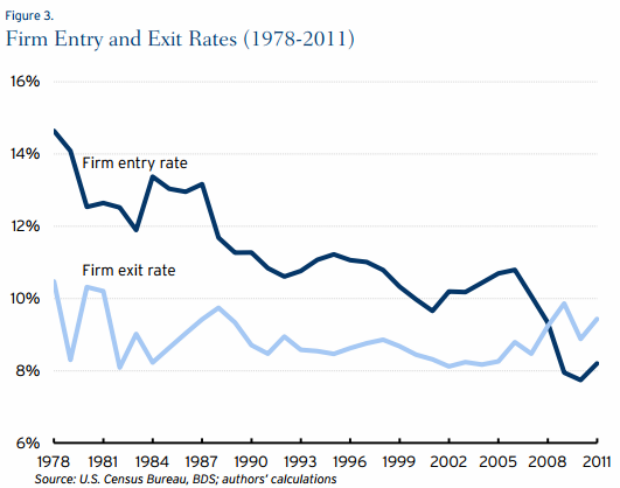 Lately, business dynamism has been on the decline. That has many analysts on edge, and the prospects of more resilient, longer-lasting and practically invincible corporations don’t sit well with many people. The decline in business dynamism can be attributed to many factors, including big businesses quickly swallowing up budding competitors. Google and Facebook (NASDAQ:FB) are prime examples of companies who have been quick to act, and not afraid a lot of money to consume would-be competition before they even reach fruition.

But if we step back and look at the bigger picture, say for the past fifty or sixty years, the effects of creative destruction on the market have been nothing short of remarkable. According to a recent article from the American Enterprise Institute, 89 percent of the Fortune 500 companies that were dominating American business in 1955 are gone.

That’s a drastic turnover in just six decades, and it really showcases the power of the market.

That same article goes on to note how this massive turnover has benefited us all. After all, we obviously wouldn’t have things like smart phones, electric cars, or online streaming technology if business powers weren’t being constantly pressured. Therefore, as business dynamism declines because companies are more apt to destruction from competitors, does that mean that declining dynamism is actually a good thing?

That may very well be the case. Especially in today’s day in age, where more and more people have access to training and education that can help them turn their ideas into an active business, there’s sure to be more failures than before. But that also means that some of them will be successful, and speed up the perpetuating cycle that is business dynamism.

It’s hard to say what the future holds, but it’s very likely that in several decades, Wal-Mart (NYSE:WMT) and Amazon (NASDAQ:AMZN) won’t be the same powers that they are today, if they are around at all.

Chalk that up to the power of creative destruction.