President Donald Trump is not a fan of criticism — or of checks on his authority. In fact, he thinks the press has far too much freedom to criticize him and feels the director of the FBI should be loyal only to him. It’s not a stretch to call Trump an authoritarian president. And, to back up that statement, think about the people he openly admires. Each is an authoritarian leader himself.

It’s not unusual for American presidents to forge relationships with other world leaders regardless of their styles — it’s really just part and parcel of the job. But Trump seems to genuinely pay homage to them. Keep reading to find out which world leaders our president admires and why. And notice there’s not a name on the list from a liberal democracy. 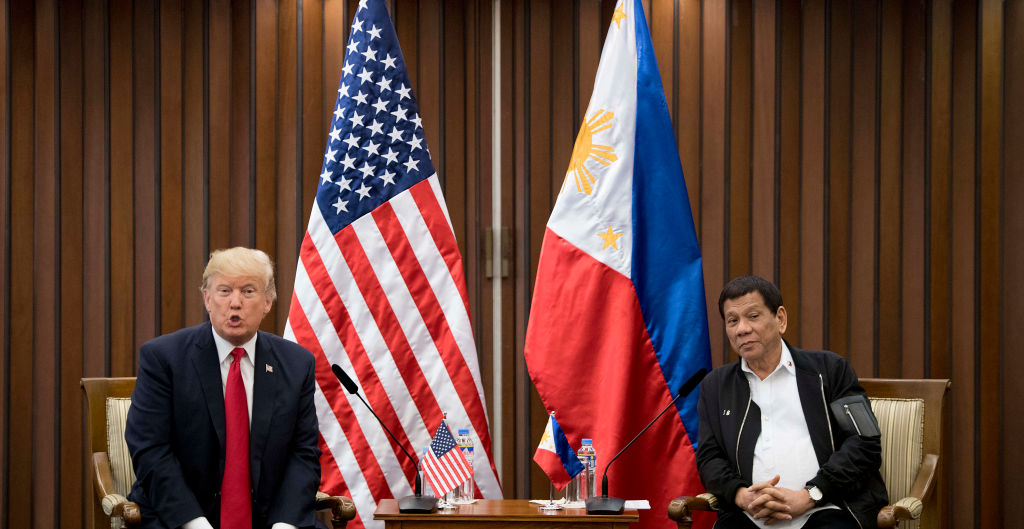 Donald Trump had nice things to say at a 2017 ASEAN Summit about Philippine President Rodrigo Duterte. And civil rights groups say Duterte gave a thumbs-up to police and vigilante groups to carry out more than 700 illegal murders of drug offenders, according to The Guardian. Said Trump:

Rodrigo, I would like to commend you on your success as ASEAN chair at this very critical moment in time, and in the association’s history, such an important event. And I want to thank you for your incredible hospitality, and the show last night, the talent at that show, I assume mostly from the Philippines was fantastic, thank you, and you were fantastic also, very much from the Philippines.

Sarah Sanders, White House press secretary, said the pair got together to talk about issues plaguing many nations. “The conversation focused on ISIS, illegal drugs, and trade. Human rights briefly came up in the context of the Philippines’ fight against illegal drugs,” said Sanders.

Next: This president makes his own rules. 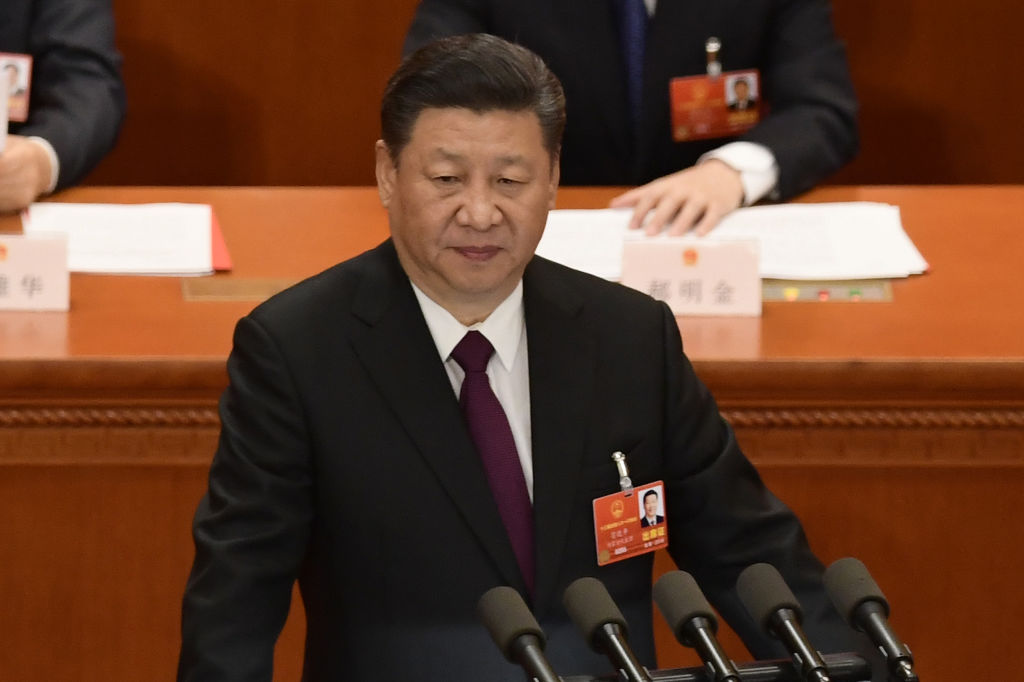 When Donald and Melania Trump traveled to Beijing in 2017, Trump reported that they were “having a great time” with Chinese President Xi Jinping, according to ABC News. Elected as president of the People’s Republic of China in 2013, Xi Jinping is an authoritarian leader who makes his own rules.

In February 2018, the Communist Party of China proposed doing away with presidential term limits for the president and vice president. In March 2018, the National People’s Congress voted it in right before Xi Jinping got another five-year term. Now, he can essentially rule until he dies. 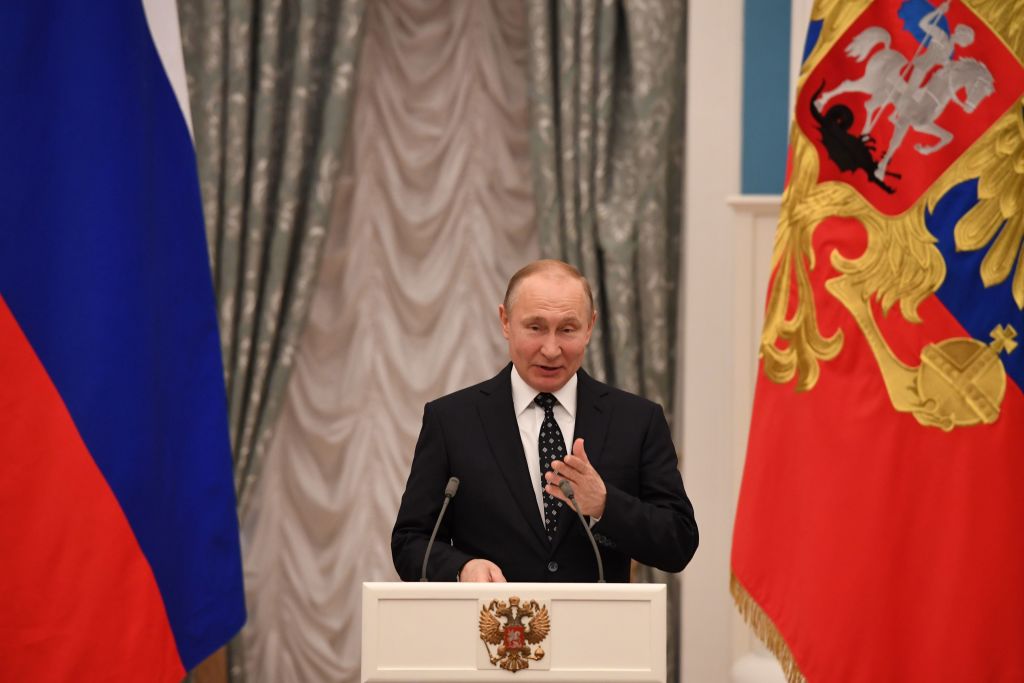 But then Trump had to bring up Russiagate. “Every time he sees me, he said: ‘I didn’t do that.’ And I believe — I really believe — that when he tells me that, he means it,” said Trump about Putin. He also made it clear that he feels there are far more important issues to negotiate with Russia about than the election. “I’d rather have him get out of Syria, to be honest with you. I’d rather have him, you know, work with him on the Ukraine than standing and arguing,” said Trump. 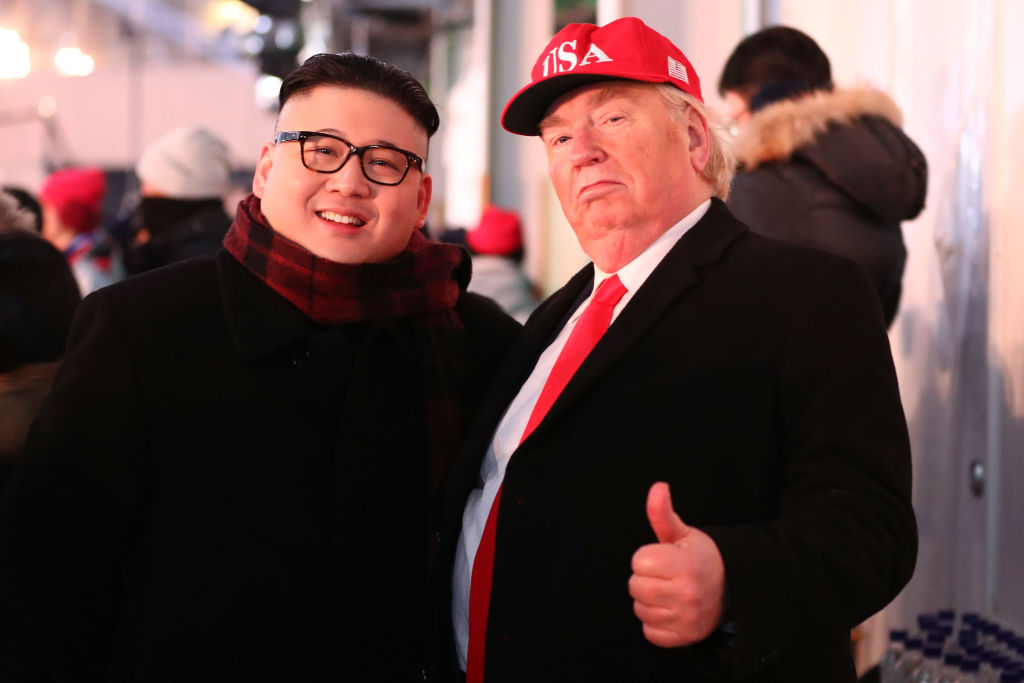 You probably have heard — or read — the insults Donald Trump has flung at North Korea’s leader Kim Jong Un, who is known for denying his people their basic human rights. According to ABC News, Trump has mixed feelings about Kim Jong Un. In 2017 Trump called him a “maniac,” then actually praised him.

“You gotta give him credit,” said Trump. “How many young guys — he was, like, 26 or 25 when his father died — take over these tough generals, and all of a sudden … he goes in, he takes over, and he’s the boss,” he said. “It’s incredible. He wiped out the uncle, he wiped out this one, that one. I mean, this guy doesn’t play games. And we can’t play games with him.”

Next: Thank God this dictator is dead. 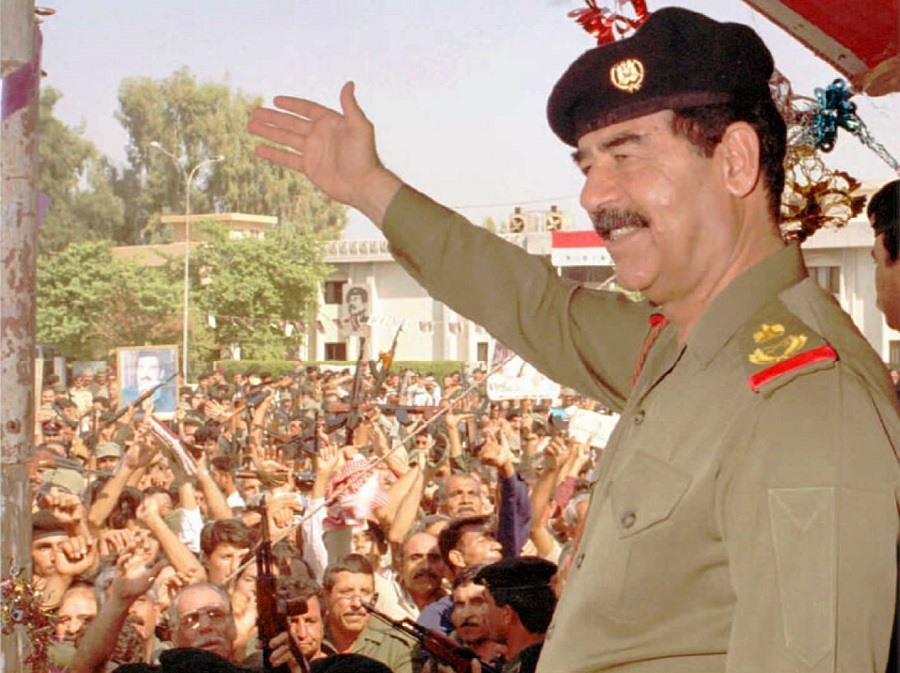 Another global strongman Donald Trump admires, according to ABC News, is former Iraqi dictator Saddam Hussein. At a November 2017 rally in North Carolina, Trump at least he didn’t think Hussein was a “good man,” but he did say his work was effective. Because many considered Hussein’s “work” genocide, that wasn’t the best thing to hear from a U.S. president.

Next: Another power junkie 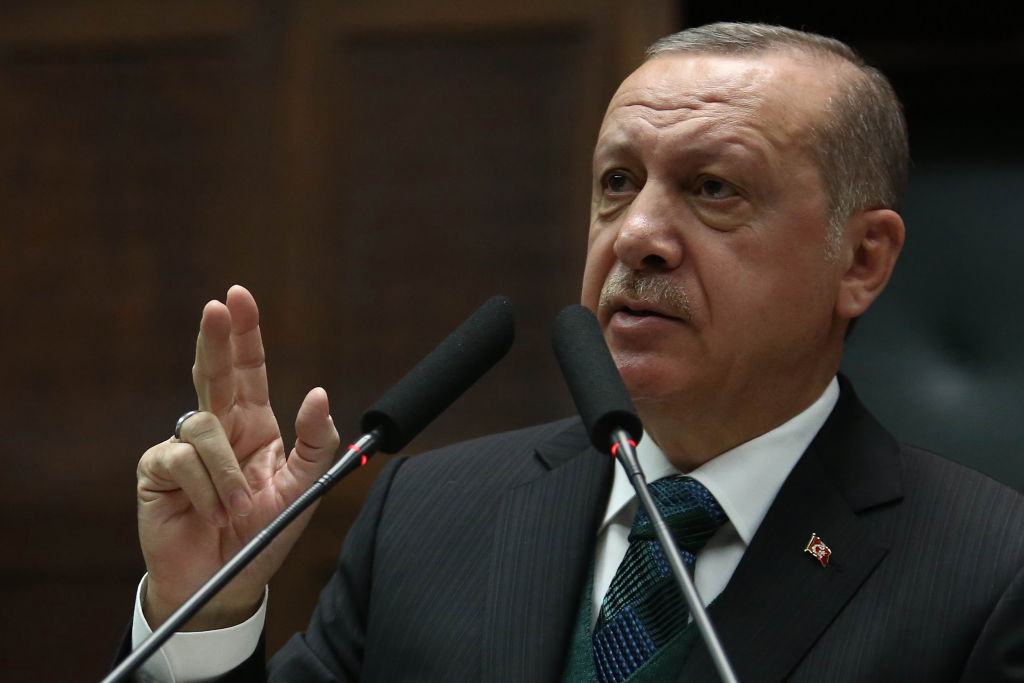 Despite Turkish President Recep Tayyip Erdogan’s authoritarian behavior — including personally appointing or dismissing ministers, choosing judges and ruling by decree if he deems it necessary — Donald Trump said he is “getting very high marks,” in 2017, according to Politico. “

It’s a great honor and privilege — because he’s become a friend of mine — to introduce President Erdogan of Turkey,” said Trump to reporters. “He’s running a very difficult part of the world. He’s involved very, very strongly and, frankly, he’s getting very high marks.” In return Erdogan called the president “my dear friend, Donald.”

Next: This one will shock you, too. 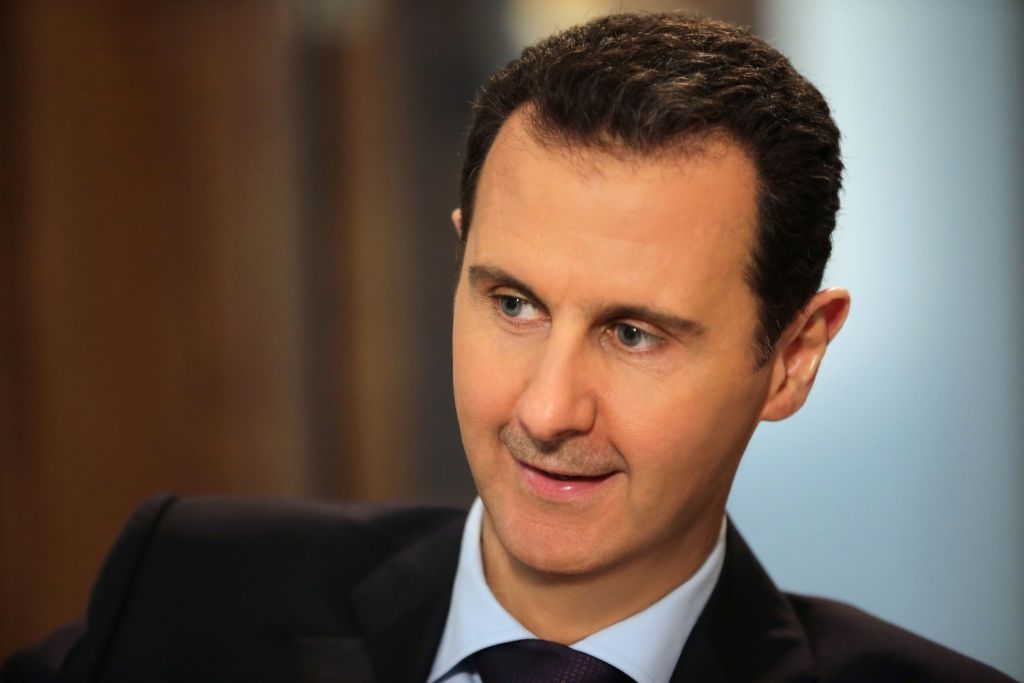 Barack Obama and other world leaders called for Syrian President Bashar al-Assad to step down in 2011, according to ABC News. They asked for his resignation because, as Obama said, his pledges of reform have “rung hollow while he is imprisoning, torturing, and slaughtering his own people.”

But Donald Trump said al-Assad deserved praise. “I think in terms of leadership, he’s getting an A and our president is not doing so well,” said Trump in a Fox News interview in 2015. After Trump made that statement, he did tone down it down a bit, but he maintained that the U.S. shouldn’t trust some of the rebel groups fighting the regime.

Next: This one will shock you, too. 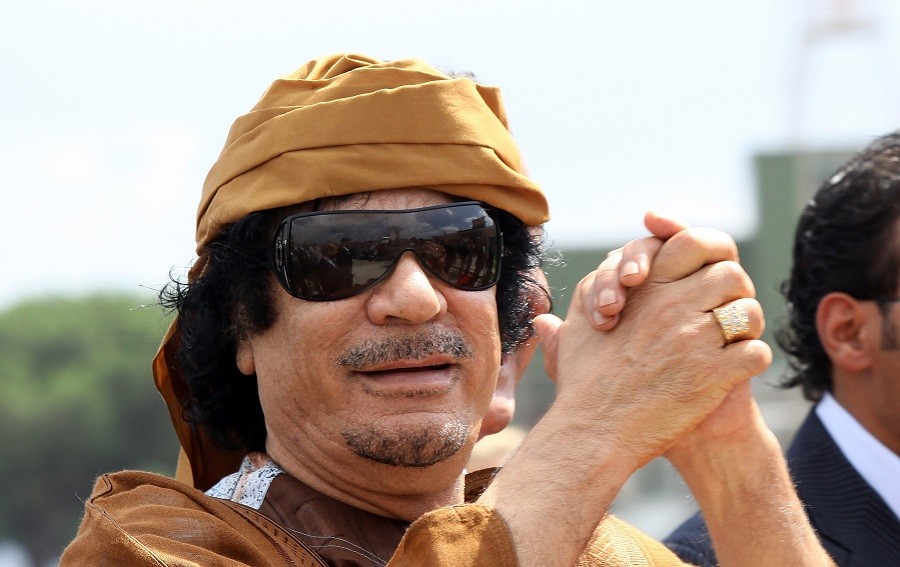 Libya’s Brotherly Leader and Guide of the Revolution of Libya, Muammar Gaddafi, was captured and killed by rebel fighters in 2011. Gaddafi transformed Libya into a socialist state and headed both the military and the Revolutionary Committees that were responsible for suppressing dissent. He was known the world over for his brutal tactics, but Trump had something nice to say about him.

In February 2016, Trump said during the CNN-Telemundo Republican candidates’ debate that Gaddafi was “really bad.” But he also said that Gaddafi’s tactics were effective.

“We would be so much better off if Gaddafi were in charge right now. If these politicians went to the beach and didn’t do a thing and we had Saddam Hussein and if we had Gadhafi in charge, instead of having terrorism all over the place, we’d be — at least they killed terrorists, all right?”, said Trump. Sounds almost exactly like what he said about Sadam Hussein.

Read more: These Are the 15 Most Corrupt Countries in the World