Should You Cosign for a Student Loan? 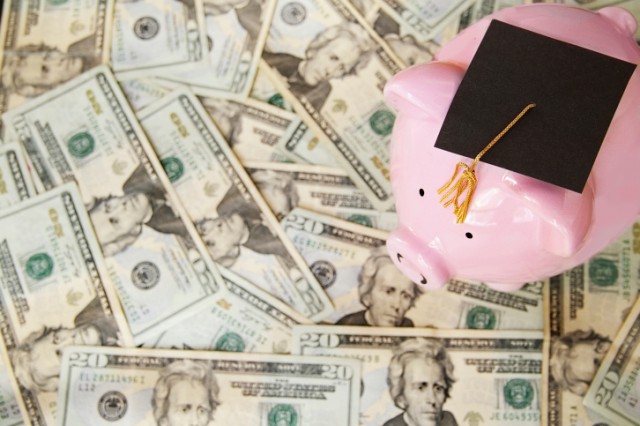 You may be a father, uncle, grandfather, or just someone close to a college-aged kid, and with that position, you may feel responsible for providing guidance. That means offering advice when it come to relationships, maybe showing the youngster the basics of automotive care, or even helping pick out a career path or ideal college. Perhaps the most important, yet often unmentioned element in a young person’s life is their finances, and given the unprecedented levels of student loan debt causing a sag in the economy, a lesson in smart financial decisions could be the most important of them all.

To get into college, a huge number of young people have to take out loans. And in order to do so, they often need a co-signer. Often times, that comes down to close family members. While typically parents are more than willing to sign on the dotted line, there is reason to give it some thought.

A new report from the Consumer Financial Protection Bureau, a government institution, found that it’s incredibly difficult to get out of the status as a co-signer — so difficult, in fact, that 90% of those who apply to be released from their status as a co-signer are ultimately rejected. That means that as a co-signer, you’re opening your finances and credit up to serious risk.

“Parents and grandparents put their financial futures on the line by co-signing private student loans to help family members achieve the dream of higher education,” said Richard Cordray, director of the CFPB. “Responsible borrowers and their co-signers should have clear information and standards for releasing the co-signer if the time is right. We’re concerned that the broken co-signer release process is leaving responsible consumers at risk of damaged credit or auto-default distress.”

Given the large numbers of borrowers that are defaulting on their loans as a result of current economic conditions, this new insight could lead to large changes for students who need money for school.

Government data shows that the default rate on federal student loans is hovering right under 14%, but the loans we really need to be concerned about — as a co-signer, anyway — are private loans. Still, a look at that figure shows that there is a good percentage of students who are simply giving up on trying to repay their loans, and that’s a decision that could come back to bite co-signers.

But it’s also important to note that a lot of the issues resulting from student loan debt are being created by the loan industry itself. By using some financial trickery and mountains of fine print, borrowers are often unaware of what exactly they’re signing up for, and what the ramifications are if they can’t keep up with payments.

It’s similar to the housing bubble of the mid-2000s, which led to the financial crisis and global recession. Given that student loan debt is now the second-biggest consumer debt market in the country, financiers see young, college-bound borrowers as a way to keep the profits rolling in.

“Private student loan companies should own up to borrowers when they qualify for valuable benefits, clean up contracts with surprises buried in the fine print, and step up to provide borrowers and their co-signers the service they deserve,” said CFPB Student Loan Ombudsman Rohit Chopra, in a press release.

The main issue here is that for these private loans, financial institutions make it a point to let potential co-signers know that they can apply for a release, likely leading to many signatures that would otherwise not have jumped on board. But the criteria for a release is often very murky, and as mentioned before, 90% of applications are rejected. So, when things turn sour, co-signers end up in a tricky spot.

Now, with the country facing a $1.2 trillion student debt crisis — at least partly due to lenders’ doling out cash with the expectations of high returns — the economy has a problem on its hands. Though there is talk on Capitol Hill about possible solutions to the student debt crisis, it seems that there really isn’t a way out from under the bubble that isn’t going to cost taxpayers billions.

On an individual level, all you can really do is to think twice about becoming a co-signer, as it could come back to haunt you. And if you’re a borrower in need of a co-signer, think hard about who you ask.