The Downside of General Mills: Is the Stock Getting Stale? 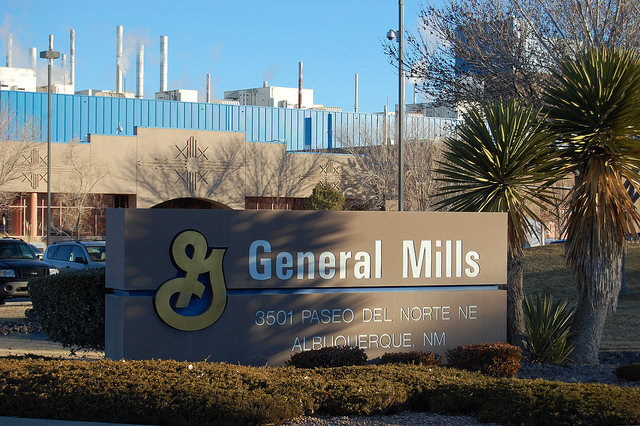 Investors sold of shares of General Mills (NYSE:GIS) at the end of June after the company reported earnings that missed analyst expectations. The company reported $4.3 billion in sales for its fiscal fourth-quarter, which is 3 percent lower than last year. It reported $17.9 billion in annual sales, which was a 1 percent decline over fiscal 2013. While earnings came in at $0.67/share — 24 percent higher than last year — we should note that this includes a one-time $65 million gain, and adjusted for this the company would have grown its earnings per share by about 2.5 thanks to cost cutting.

General Mills is often considered to be a “safety” stock, meaning that investors can rely on it to generate consistent earnings and slow yet consistent growth over long periods of time. It is in an industry — packaged foods — that doesn’t see significant sales declines in a recession, as people need to eat and they are generally loyal to the brands they consume (e.g. Cheerios).

However, “safety” stocks often lead investors to a point of irrational complacency, and this can be dangerous. General Mills has to deal with a lot of issues that threaten its business such as volatile input costs and enormous competition from both large and small competitors. So while the stock might seem compelling at 18 times earnings with a 3.2 percent dividend yield, I think investors need to consider that there is very real downside risk.

The first risk is volatile commodity prices. While agricultural commodities have been relatively weak as of late, they are in a long-term bull market that began about 10 years ago. There are more people eating more food while the amount of arable land remains the same. Meanwhile, input costs are rising, making farming increasingly less profitable. This in turn means that individuals don’t aspire to become farmers, and as time goes by the number of farmers is declining while the average age of farmers is rising. This will put pressure on agricultural commodity prices in the long run, and this will pressure General Mills’ margins.

The second risk is competition. While there is little doubt that some General Mills’ brands have many loyal customers, that isn’t sufficient to drive sales growth. The company needs to constantly grow its customer base, and while the population is growing, this generally means stealing customers from competitors, who in turn are trying to do the same thing. As a result, this is a very difficult business in which to operate. While General Mills is one of the better businesses in the packaged food segment, the risk is still there and I don’t think it is adequately priced in.

Finally, I should note that if you look at the company’s sales over the past few years we see declining sales growth.

I should also note that this trend is continuing as we look at quarterly sales: as mentioned above sales growth in the fourth quarter turned negative.

So before you consider General Mills as a safe pillar in your portfolio you need to consider that the company has volatile input costs and a lot of competition that is seemingly doing a good job of eating into the company’s sales growth. While General Mills may be able to overcome these obstacles I don’t think the downside risk is adequately priced in, and investors should be cautious at the current valuation.

Disclosure: I have no position in General Mills.