Vegetarian Diets: Does Eating Veggies Save You Money? 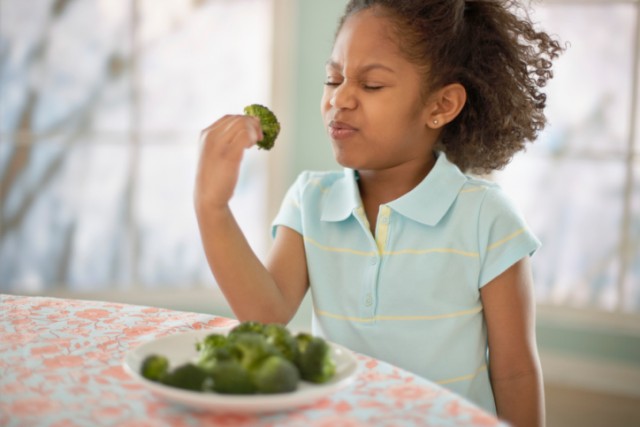 The United States consumes more meat per person per year than any other country on the planet. The average American typically consumes an astounding 120.2 kg, or about 265 pounds, of meat each year. The Huffington Post notes that in terms of animals, “that amounts to about 30 chickens, 1 turkey, one-third of a pig, one tenth of a cow, and dozens of fin fish.”

New trends in consumption, however, suggest that things might (slowly) be changing; per capita consumption of meat in the U.S. has fallen in recent years, though we still consume more meat than either our parents or grandparents did, according to The Huffington Post.

Americans are choosing to eat less meat, or in some cases, turning to an entirely vegetarian diet, for a number of reasons. Animal welfare activists champion vegetarianism as a way of boycotting factory farming and animal cruelty, while environmentalists point out the environmental benefits of forgoing meat. Still other Americans belong to religious traditions which either forbid or look favorably upon vegetarianism, particularly those which originated in ancient India, such as Buddhism, Hinduism, and Jainism. Yet worldwide many people are vegetarian for an entirely different, often overlooked reason: economics.

Yet vegetarianism for any reason is incredibly uncommon in the U.S.; statistics have found that vegetarians account for just 3 percent of the U.S. population.

Eating meat is deeply rooted in American history. Historian Roger Horowitz, author of Putting Meat on the American Table, a book which chronicles how America became a meat-eating nation, notes that America has had a flourishing livestock industry going back very early in its history. Indeed, when you look at meat consumption per person, most countries with a long history of livestock production also consume large quantities of meat: Australia and Argentina, for instance, are both among the biggest meat-eating nations on the planet.

Additionally, the widespread availability and cheapness of meat was initially one of the many wonders of the new world for many new immigrants in the 19th century. Horowitz, in an interview with NPR, notes that Irish immigrants in the 1840s would write relatives at home saying, “I eat meat every day,” much to the stunned disbelief of their family members.

Perhaps it’s for this reason — America’s long-standing attachment to the practice of eating meat — that the introduction of a Meatless Monday program at an Austin-area school caused such a stir recently.

In response to the introduction of a Meatless Mondays program in Dripping Springs-area elementary schools, Ted Staples, who currently serves as head of the Texas State Agriculture Department wrote: “This activist movement called ‘Meatless Mondays’ is a carefully orchestrated campaign that seeks to eliminate meat from Americans’ diet seven days a week — starting with Mondays.” The op-ed appeared in The Austin American-Statesman earlier this month. Clearly Texans take their meat very seriously.

So is vegetarianism really that much cheaper than eating meat everyday? What about cutting out meat just once a week?

Well, to start, research seems pretty conclusive that if you’re on a budget, skipping meat could be one of the easiest ways to cut down on your grocery bill. “If the average family of four spent $20 per meat-containing meal, seven days per week, they could reduce their grocery bill by $30 per week, or $1500 per year, by making three meals per week meatless,” wrote medical nutritionist Lory Hayon, per the Meatless Monday movement’s website.

Frugal blogger Korilynn of One Cheap Utah Chick says that she’s adopted the practice Meatless Mondays and estimates that it saves her, on average, about $30 a month.

In addition to saving money on weekly grocery bills, many advocates of vegetarianism note that eating less meat generally means reduced health care costs, so even if it doesn’t seem as though skipping that steak will save you that much in the short-term, it could very well help you save a lot throughout the course of your life, simply through better health.

More broadly, in his new book, aptly titled Meatanomics, Bruce Friedrich claims that all that meat consumption is costing us around $414 billion a year in external health, environmental, and animal welfare costs. Meanwhile, environmental activists claim that cutting back on beef burgers and bacon could “wipe $20 trillion off the cost of fighting climate change.”

Jayson Lusk and Bailey Norwood, perhaps the first researchers to study the economics of vegetarianism, concur with advocates of eating less meat. In their 2009 study they found that “it is significantly more expensive to produce a pound of meat (or milk) than a pound of commodity crops.”

But there are some exceptions to the general rule that vegetarian crops are less expensive to produce than livestock. For one, Lusk notes, “not all vegetarian foods are more efficient than meat in terms of cost of energy and protein produced.” He adds that livestock can be produced on otherwise relatively unproductive land, whereas fruits and vegetables, along with being inherently more expensive, require high-quality, productive land; land which, in the U.S. anyway, is relatively rare.

And further, because of livestock’s unique ability to utilize land which would otherwise be unusable (such as for fruit and vegetable production), previous research has even found that “strictly vegetarian or vegan diets require more land to produce food than a calorie-neutral diet that involved consumption of some meat.”

Yet Lusk also found that a large-scale shift towards vegetarianism could have some unintended side effects. For one, it could help cause “economic hardships to those working in the livestock and meat processing sector who would then have to find alternative employment.” Additionally, because a drop in meat consumption would drive down the price of corn and soybeans (both of which are commonly used as cattle feed), a shift towards vegetarianism could also mean that crop producers might find their products have suddenly decreased in value, causing hardships for farmers, too.

In this way, a large-scale movement towards vegetarianism could ultimately run into difficulty if the public were to associate vegetarianism with financial hardships for America’s farmers.

But Meatless Mondays, it seems, aren’t going anywhere. Currently, hundreds of schools throughout North America participate in the program, which contrary to Staples’s concerns, is unlikely to derail the U.S. meat production industry anytime soon. Further, a recent NPR survey found that 39 percent of its respondents are eating less meat than they were three years ago, an encouraging trend.