The Everything Bubble: Seems We’re All Doomed and No One Knows Why 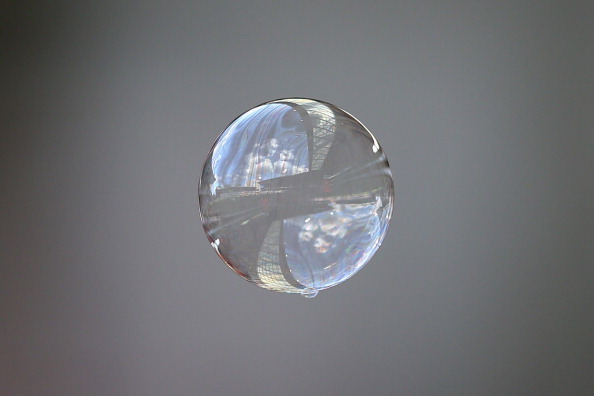 You don’t have to look too far to find news about how everything is going to hell in hand basket. Right here in the United States, things are so bad that Congress has become public enemy number one, corporate rights are treading on human rights, and the economy, as far as anyone can tell, is still FUBAR. Most people can look out their window and build an argument for bad fiscal policy based on the number of potholes on Main Street.

All this bad mojo has got people stuck in a rut. Gallup’s index of economic confidence has screamed net pessimism nonstop since 2008 when recording began. At the end of July, just 19 percent of survey respondents described economic conditions as excellent or good while 35 percent described economic conditions as poor. When asked about the economic outlook, 35 percent said it was getting better while 60 percent said it was getting worse. The kicker is that in the last full week of the month, the number of pessimistic positions increased while the number of optimistic positions decreased.

If sentiment isn’t your preferred indicator of economic well being, that’s fair, but economic confidence is informed (at least in part) by the data being piped in from the front lines. According to the U.S. Bureau of Economic Analysis, gross domestic product contracted at an annual rate of 2.9 percent in the first-quarter of 2014, while gross national product decreased 3.6 percent. It was the worst contraction since the Great Recession. The severity of the downturn was a sucker punch, reducing second-quarter growth estimates by as much as half a percentage point, according to CNBC, as analysts and economists revisited their expectations for consumer spending and business investment. However, GDP did grow by 4 percent in the second quarter, thanks largely to a large increase in inventory build, bringing total growth for the first half to about 1 percent.

But chronic low growth and a generally challenging economic environment are familiar problems, and at this point the U.S. is presumably too old and successful to let anything short of crisis truly derail it. So the real problem is not necessarily that the nation has some issues it needs to sort out — in a relatively stable environment, we could farm solutions — but that just five years after the worst financial crisis since the Great Depression, there’s a bunch of evidence suggesting that we could be heading toward another.

Earlier in July, Neil Irwin over at The New York Times put the idea of the everything boom and its natural followup, the everything bubble, on the map. Irwin surveyed assets from around the world — from government bonds in Spain to corporate bonds in France to equities in the U.S. — and highlighted the concern that has been frothing at the lips of excitable market analysts for months (if not years at this point): compared to historical averages, most asset classes are expensive.

In general, this means that investors are getting less bang for their buck. If you want to buy a stock, you’re paying more per unit of earnings now than you would have at any point since 2007, which you may remember is when the financial crisis started tripping into reality. The Shiller price-to-earnings ratio of the S&P 500 — which adjusts for inflation and averages data over a 10-year period to smooth out volatility — touched 26.26 at the beginning of July. This compares against an average of 16.55 and a median of 15.93. 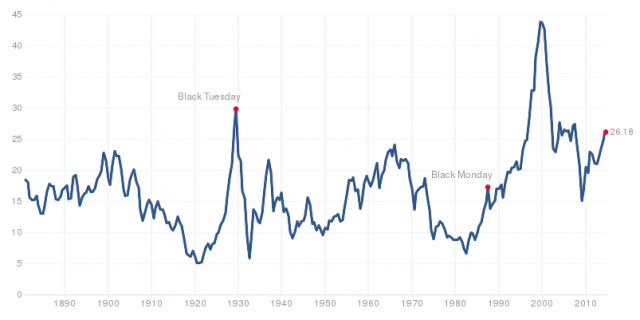 If this run up in prices was observed only in equities, then there wouldn’t be as much cause for alarm. But as Irwin points out, you can observe this phenomenon across most asset classes, including bonds, for which investors are generally receiving too little yield for the risk they are assuming, and real estate, where returns have eroded to about where junk bonds are priced.

It’s possible — and obviously preferred — that economic growth will catch up with investment and we’ll all enjoy the fruits of a recovery well managed. But the optimistic scenario, as the sentiment data show, isn’t the crowd favorite at the moment. The everything boom is looking a lot like an everything bubble to a lot of people, and it’s not clear that the Federal Reserve could take action quickly enough if shit hit the fan. If the good doesn’t pan out, as Irwin puts it, the bad and the ugly are left.

The Fed, in case you missed it, has been the major catalyst behind the boom-bubble-bust hype. The low rate environment that has fueled the aggressive yield-seeking behavior that everyone is worried about is a product of accomodative monetary policy. When the target federal funds rate is zero bound, as it has been since December 2008, and longer-term interest rates are suppressed through quantitative easing, credit gets cheap and good investment opportunities quickly evaporate — especially when the economy is weak and businesses are not investing their profits back into the economy.

In this scenario, which we are living, the hunt for yield leads investors into strange, dubious, and sometimes outright bad situations. This is when subprime lending tends to surge and people begin raising the red flags of looming financial disaster.

While the idea of the everything bubble will no doubt be inflated by the media as a way to engage an audience (guilty), the foundation of the idea and the conversation surrounding it is actually one of the biggest issues in economics today.

Case in point, the 2013 Nobel prize in economics was split between three gentlemen “for their empirical analysis of asset prices.”

One of those gentlemen, Eugene Fama, is most well-known for championing the idea of rational markets, where prices perfectly reflect all available information. In an interview with John Cassidy at The New Yorker in 2010, Fama said that, “I don’t even know what a bubble means. These words have become popular. I don’t think they have any meaning.” Another, Robert Shiller, is a leading advocate of bubble economics, and has championed the study of behavioral economics and a theory of irrational market behavior. The third, Lars Peter Hansen, is responsible for a statistical model “that is particularly well suited to testing rational theories of asset pricing,” as the Nobel foundation put it. Hansen is no doubt a genius, but it’s Fama and Shiller that have received most of the attention.

That Shiller and Fama split the same prize while holding such different positions would be hilarious, except that it suggests that the leading economic minds on the planet have some fundamental disagreements about what’s going on at a time when clear understanding has never been more valuable.

For her part, Fed Chair Janet Yellen — another one of the world’s top economic minds, love her or hate her — concedes that there may be some red flags but not that there is any sort of real bubble. Testifying before Congress recently, Yellen said that, “The Committee recognizes that low interest rates may provide incentives for some investors to “reach for yield,” and those actions could increase vulnerabilities in the financial system to adverse events. While prices of real estate, equities, and corporate bonds have risen appreciably and valuation metrics have increased, they remain generally in line with historical norms. In some sectors, such as lower-rated corporate debt, valuations appear stretched and issuance has been brisk. Accordingly, we are closely monitoring developments in the leveraged loan market and are working to enhance the effectiveness of our supervisory guidance.”

[Editor’s note: This article has been updated to reflect data released after its publication.]