The Francis Effect: How the Pope Became the Church’s Turnaround CEO 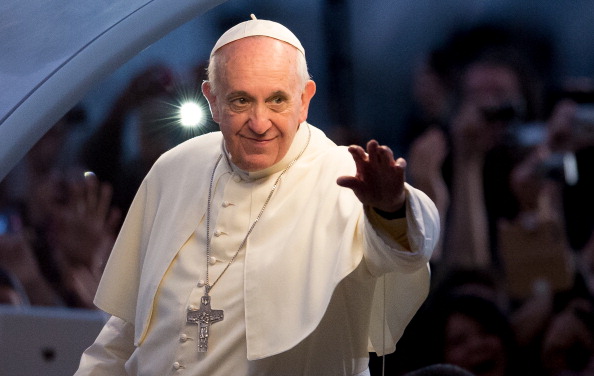 The new pope is doing more to stir up the Vatican than just forsaking the traditional, ostentatious robes of his predecessors. Indeed, apart from being a champion for the poor, Francis has proved himself to be a pretty shrewd business leader as well, and economists say that’s a very good thing for the faltering Roman Catholic church.

The results of Francis’ new leadership even has a name. It’s being called “the Francis Effect,” and reflects an increase in donations and a decrease in spending that has occured in the church since the new pope has taken residence in Rome. “Although it’s too early to make a definitive judgement, ‘the Francis effect,’ appears to be reversing the church’s fortunes. Mass attendance is surging in Italy, for instance…and donations are on the rise at diocese around the world.” Further, as Fortune magazine writes, “the Jesuits, Francis’s religious order, are seeing more inquiries about priestly vocations.”

In many ways, Francis seems to be approaching his role as head of the Roman Catholic Church in much the same way that a chief executive might approach the running of a multinational business; Francis, the Economist writes, is like the Vatican’s own “turnaround CEO.” Fortune magazine even refers to Francis as having an “elite managerial skill set,” claiming that “like a great CEO, he has the ability to set a strategic vision, then choose and motivate the right people to do the work.”

It’s about time, really. The Catholic Church, aside from garnering itself a bad rap in the last few decades for a series of infamous, horrific, child sex scandals, is in a bad way financially, and has been for quite some time. In 2013, the Holy See posted revenues of $315 million and expenses of $348 million, resulting in a $33 million deficit. And 2013 is far from the first year the Holy See saw numbers in the red; total deficits since 2007 amount to $56 million, and Fortune magazine says even those numbers are misleading, and grossly understate the real depth of the institution’s financial problems.

Though Francis’s leadership style may seem downright revolutionary when compared with his predecessor, Benedict XVI, Francis is largely making exactly the types of changes those who elected him hoped he would. Francis was appointed with a mandate for reform, and while the cardinals have noted that Benedict was a “great theologian,” he was certainly no manager, and that’s exactly what was needed from his successor.”The feeling was that the next pope should be someone with leadership skills to bring professional management to a clubby bureaucracy that was expert in blocking change,” Fortune magazine notes.

The Economist argues that Francis successfully utilizes three basic management principles, which should seem familiar to anyone who has studied business. These “core competencies,” include focusing the church’s mission, brand re-positioning and restructuring, and overhauling the Vatican bank and the church’s administrative “machinery” and organization.

Francis made his focus on helping the poor clear from the very beginning: he even became the first pope to take the name of Saint Francis of Assisi, a saint who is best known from his work with the poor and with animals. Since his installment Rome, Francis has systematically made this focus the new mission of the church, allowing the Vatican to spend less on what the Economist calls the church’s “ancillary businesses.” Indeed, “one of his first decisions was to forsake the papal apartments in favor of a boarding house which he shares with 50 other priests and sundry visitors,” and the Economist notes that he refuses to take vacations or holidays, arguing that if the world’s poor cannot afford such luxury, why should he?

Francis, for his part, says, “money is useful to carry out many things, for works to support humanity,” but, he adds, “when your heart is attached to it, it destroys you.” Like any good CEO, he knows where his strengths lie, and he sticks to leadership, allowing the best experts to deal with the numbers. Even so, Francis been described as despising “waste and inefficiency,” and he has been quick to make alterations to the Vatican’s administration. “In finances, he’s not a micromanager, but an inspirational leader,” said Joseph Zahra, chief of a panel which is part of a pontifical commission on finance known as COSEA.

Francis’s “brand re-positioning” strategy is perhaps part of the reason why he has managed to gain such a stellar approval rating (85 percent of American Catholics approve of him, according to the Economist.) In reality, the pope hasn’t strayed far from the church’s traditional stance on social issues like contraception, homosexuality, and abortion, yet as the Economist mentions, he does so in a “less censorious way than his predecessors.” Francis has even commented, on the topic of homosexuality, “who am I to judge?” implying that while he does not condone homosexual behavior, in the end, he concedes it’s up to God to decide what does and does not qualify as sinful behavior. Perhaps most important of the three strategies the Economist outlines is Francis’s decision to tackle the church’s administration and organization. As Fortune magazine notes, for decades the church’s books have been kept in an incredibly inefficient way, and most of the church’s administrative tasks have been designated to fellow insiders. Francis, on the other hand, is opening up the church records to allow lay people, experts in their field, to help with the re-organization. “The changes are massive,” notes Rene Brulhart, chief of the AIF, which Fortune notes is equivalent to the church’s Securities & Exchange Commission, “Now a clear game plan has been put in place, and we are really part of the international community.”

Among those outsiders who have been appointed to help with these changes are some pretty famous names, too: KPMG is implementing international accounting standards and Deloitte & Touche are now in charge of auditing accounts at the Vatican Bank. Further, Lord Christopher Patten, a former head of the BBC and last governor of Hong Kong, is now heading the church’s effort to restructure media operations.

The Holy See, Fortune notes, is one of the Vatican’s worst offenders when it comes to spending. The curia spends two-thirds of its operating budget on paying salaries, benefits and pensions, but makes little money at all, collecting less than $1 million a year while spending $37 million. Further, as it stands, the Holy See actually acquires most of its operating budget from Catholic foundations around the world; last year, donations from Catholic foundations raised $85 million. If the Vatican’s ecclesiastical jurisdiction is to be viable, something needs to change.

To fix this, Francis and his experts have plans to more effectively capitalize on the Vatican’s existing assets, like its real estate, museum, as well as its investment portfolio. Additionally, the Vatican has also been on a hiring freeze since February 2014, as Francis seeks to shrink the church’s workforce by attrition; by trimming back on hiring, the church should be able to pay each existing employee’s impressive pension plan, which guarantees 80 percent of an individual’s final salary during retirement, when the time comes for them to quit the workforce.

While the buzz surrounding the church’s new pope largely been in response to his emphasis on alleviating poverty and his reputation as a “people’s pope,” Francis, it seems, has quietly been making important, big financial moves which just might save the Roman Catholic church’s bottom line.