The Golden Trio: 3 Stocks to Buy and Hold Forever

As a long-term fundamental investor, I am interested in finding stocks that I can simply buy and never have to worry about selling. Such companies are difficult to find, however, because there are so many companies that cannot keep up with the times. We have seen so many market leaders from General Motors (NYSE:GM), Sears (NASDAQ:SHLD), and Kodak collapse under its own weight because it became slothful and so ingrained in internal culture that it failed to innovate.

However, not every company is like that. There are a handful of companies out there that provide products to the market that people need and want and that do so efficiently so as to benefit shareholders. These are companies that you need to buy on weakness and, given their track records of value creation, you can count on them bouncing back.

Exxon Mobil is my top pick for this list. While it is trading near its all-time high at its current valuation, it is one to put on your radar and to buy if we get a market pullback. Exxon Mobil has been creating shareholder value for decades. It has a long track record of making value-generating investment decisions while rewarding long-term shareholders. If you look at its year-over-year returns, they are generally unimpressive, but if you start to look at the company’s returns over a 30 or 40 year period you’ll see what I am talking about. The company supplies an essential product to the market and it does so in a way that benefits shareholders over the long run. This is a stock that can be bought on a strong market pullback while everybody else is panicking and selling everything. Exxon Mobil will survive through even the worst imaginable recessions, and it will thrive during the boom times. It is therefore a must for any portfolio. 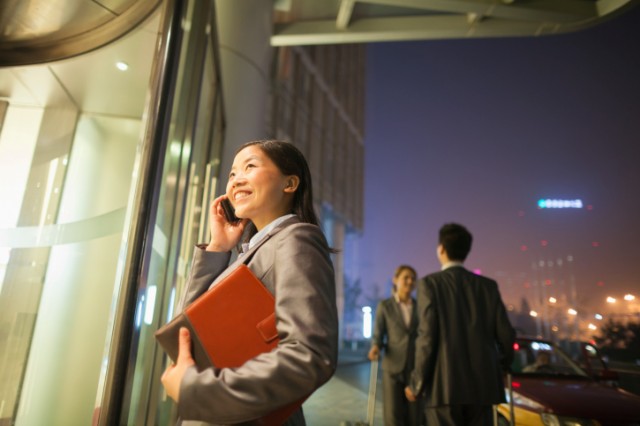 I was going to add Verizon (NYSE:VZ) or AT&T (NYSE:T) to the list, but the 21st century is the century of China, and I believe that China Mobile will be a stock that you can buy and hold forever. The Chinese people are becoming more affluent, and like in the West, telephones and related services are becoming an essential part of everyday life. Had you bought AT&T after World War II when the United States was emerging as the world’s superpower you would have made fortunes. Not only was the American standard of living improving, but daily life was being shaped by this newly ubiquitous technology.

Telecommunications is still shaping the world. While many companies are playing a role, the service providers are at the nexus of this advance, and China Mobile will be a stock that you can buy today and still own 30 years from now. China Mobile has no debt, strong and reliable growth, as well as a shareholder friendly dividend policy: dividends have risen from $0.26 per ADR in 2004 to over $2 per ADR in 2013. The shares also trade at just 10-times earnings because Chinese stocks are out of favor right now. Of the 3 stocks mentioned here, this one is probably the best buy today.

Of the three stocks mentioned here, Visa has the highest growth rate and the potential to make you the most amount of money. But you have to buy it at the right time. Visa is expensive right now at $215/share and over 20-times earnings. However, the company is the leader in electronic payments. We can easily imagine a time in the future where there is no cash and every single transaction goes through Visa or one of its peers. In such a scenario, Visa could possibly be the largest company in the world considering how important transactions are to the global economy. The fact that even saying this sounds completely redundant only speaks to my point.

As I said, the bad news is that the stock is expensive right now. The good news is that this is a growing industry that will experience growing pains. These can include regulatory hurdles, cyber-attacks, or simple recessions. You need to look beyond these short-term issues when they arise and buy Visa when it falls. If you do, I think you will be extremely happy that you did many years later.