Why We Should Raise Taxes on Gasoline 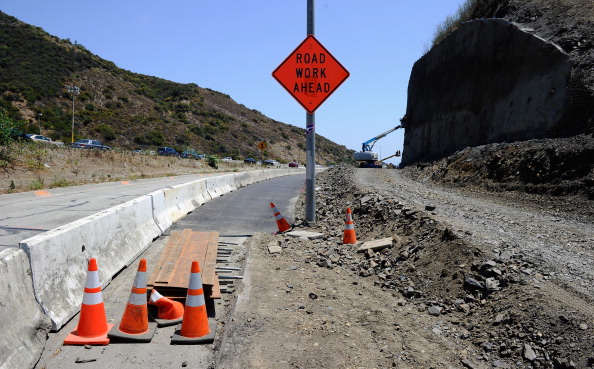 It seems we can’t go very long without a transportation crisis of some kind, with energy prices consistently fluctuating, vehicle manufacturers recalling millions upon millions of vehicles, infrastructure crumbling around us, and even politicians using bridges as weapons to strike back at rivals. Flying somewhat under the radar in the middle of this whole mess is the slow countdown to the eventual depletion of the Highway Trust Fund.

President Obama has previously said that if the Trust Fund is completely depleted, 112,000 roadway projects and 5,600 transit projects could be shut down. But that’s nothing compared to the estimated 700,000 jobs that could be lost as well. Those are the kinds of numbers that can send the country swirling back towards recession, which America has only recently been finally shaking off. While that could make for some convenient political circumstances leading into 2016, there isn’t much doubt that it would be a bad thing for average Americans.

That leaves us in a conundrum. How do we replenish the Highway Trust Fund, and ensure the program’s stability for years to come?

Currently, the federal tax on gasoline is 18.4%, and 24.4% for diesel. On top of that, states add their own taxes, which on average comes to 23.47% for gasoline and 24% for diesel. This does have a significant impact on the price of fuel at the pump, which ends up hitting most motorists hard in the wallet.

The surprising thing is that the gas tax hasn’t been bumped up in over two decades, and over that time the value it has returned to road funding has eroded significantly. Add on the fact that hybrid technology and electric vehicles are taking off, and less fuel is being sold with which to collect tax revenue from, and its clear that we have a problem on our hands.

There have been numerous proposals in Congress to raise the level of taxation, including a bipartisan effort during the summer of 2014 from Senators Chris Murphy and Bob Corker that would raise the gas tax by 12 cents over the coming two years. That bump would raise $164 billion over the next ten years and eliminate the road fund’s shortcomings. The other big factor is that the bill will attach the tax to inflation to avoid future funding issues, according to The Hill.

“We’re losing hundreds of millions of dollars in economic productivity because we’re failing to invest in our nation’s roadway and rails,” senator Murphy said. “You’re not going to find, virtually, any member of Congress who is proposing to spend less money on infrastructure over the next 10 years.”

The plan failed. Many conservative groups and tax watchdogs stuck to the point that raising taxes is destructive, and rather than fix the tax code, spending needs to be cut. It’s a pretty brazen approach considering that the nation’s infrastructure is in serious disrepair. Bridges are collapsing around the country, sinkholes are swallowing cars, and the road budget has been steadily losing value for twenty years.

But that was just one attempt, by our elected representatives, and there have been others. Particularly as gas prices have fallen considerably, the debate has been reignited — although little headway has been made.

One other factor that hasn’t helped the situation is the skyrocketing price of oil over the past decade — despite the fact that recently we have seen a downturn. Domestic oil production has been ramped up in places like Texas and North Dakota, energy prices, gasoline and diesel in particular, saw little price relief until the past nine months. This has also led to people purchasing more fuel-efficient vehicles, and car companies have started building more and more hybrids and electric vehicles, all which use less gas. By using less gas, oil companies are selling less. The less gas that is sold, the less tax revenue is collected.

And so the cycle perpetuates.

While raising taxes is never the ideal solution to solving any problem, we’re soon to be left without a choice. As more and more people start adopting hybrid and electric vehicle technology, and still others start looking towards mass transit to help lessen their commuting costs, perhaps the gas tax is just a small part of an overall change that is going to occur in how we view transportation.

If legislators can’t find a way to fix the shortfalls in the road budget, some serious issues are going to arise. There may be a revert back to the old ways of building infrastructure, and some rural residents will simply be left to fend for themselves. An example would be highways that stretch far into the wilderness, or out to extremely remote populations. The costs would simply be way too much for the benefit of a few that choose to live so far outside population centers that it would be unjustifiable.

Another change we might see in coming years is the death of commuter culture. Telecommuting and work-from-home options are becoming available to more and more people, and mass transit is also seeing more riders than in previous years. Cities were built with commuters in mind, and people who own a personal vehicle. It’s the same thing that led to urban sprawl and far-reaching suburbs, many of which are retracting as cities become more popular destinations for younger professionals.

“These car-oriented cities, the bill is now starting to come due,” says Thomas Fisher, dean of the University of Minnesota’s design college, according to MyNorthwest.com. “We’re going to move from an old model to actually living, working and making in a much closer proximity to each other.”

If the government is unable to commit to keeping up with restoring our country’s deteriorating infrastructure, people won’t have a choice. If the gas tax is not raised, or some other remedy is found to neutralize the situation, serious consequences are facing the entire country. Simply put, the economy probably can’t handle the loss of 700,000 jobs because thousands of roadway projects have been shut down, and it will be up to legislators to figure out a solution before the Highway Trust Fund goes belly-up.